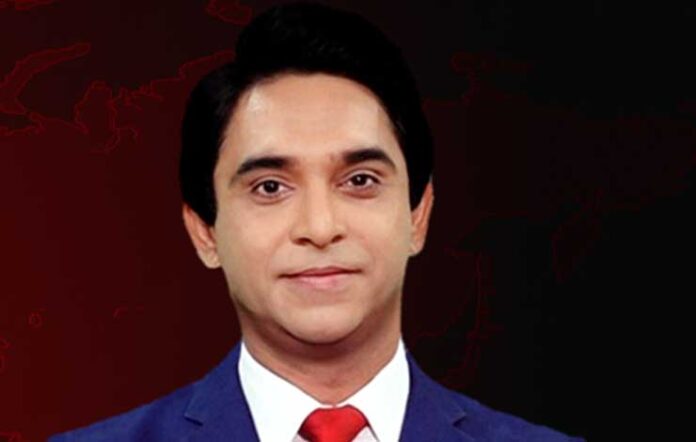 ISLAMABAD: A district and sessions court in Islamabad on Tuesday remanded Jameel Farooqui, a journalist and anchorperson for Bol TV, in police custody until August 25 after he was arrested for spreading “false information” about the custodial torture of a leader from Pakistan Tehreek-i-Insaf (PTI).

Farooqui was arrested Monday in Karachi for purportedly making “false claims” of torture on Shahbaz Gill, chief of staff to former prime minister Imran Khan, against Islamabad police, in a move many believe is aimed at gagging the critics of the government.

Gill was arrested after appearing earlier this month on ARY News in Karachi when he allegedly incited troops and officers to “mutiny”. During the broadcast, Gill, a known critic of the military, said soldiers and officers should refuse to obey “illegal orders” from the military leadership.

Subsequently, a Karachi judge had given Islamabad police Farooqui’s custody after granting a three-day transitory remand to shift him to the capital. While being taken to the capital, he claimed that he was tortured, stripped and kept at an undisclosed location for over 12 hours.

In a statement on Monday, the Islamabad police — which derisively referred to Farooqui as a “YouTuber” in a series of since-deleted tweets announcing the arrest — said he was taken into custody after a case was registered against him at the Ramna police station in the capital.

According to the statement, the journalist, in a YouTube video, had accused the Islamabad police that ti inflicted medieval torture on Gill.

The police had indicated action against those making “inflammatory, fabricated and false allegations” against it, the statement recalled.

Top press freedom groups have condemned the arrest and called on Islamabad to release Farooqui at once.

In a tweet, “extremely concerned” Reporters Without Borders said the charges against Farooqui were “trumped up”.

🇵🇰#Pakistan: RSF is extremely worried by yesterday’s censorship of TV news channel @BOLNETWORK and the arrest of its journalist @FarooquiJameel. Currently detained under trumped-up “defamation” charges, his whereabouts are still unknown. #Karachi police must release him at once! pic.twitter.com/ZjlcpuvYuU

“RSF is extremely worried by yesterday’s censorship of TV news channel @BOLNETWORK and the arrest of its journalist @FarooquiJameel. Karachi police must release him at once,” it tweeted late on Monday before the journalist was airlifted to Islamabad.

The arrest of @BOLNETWORK‘s Jameel Farooqui is the latest example of “unprecedented censorship” by the Pakistani government. Media orgs, journalist unions and campaign groups have denounced the trend as a serious threat to press freedom in Pakistan. https://t.co/Fqw9GIyt8A

Global media organisations, journalist unions and campaign groups have denounced the trend as a serious threat to press freedom in Pakistan, it observed.