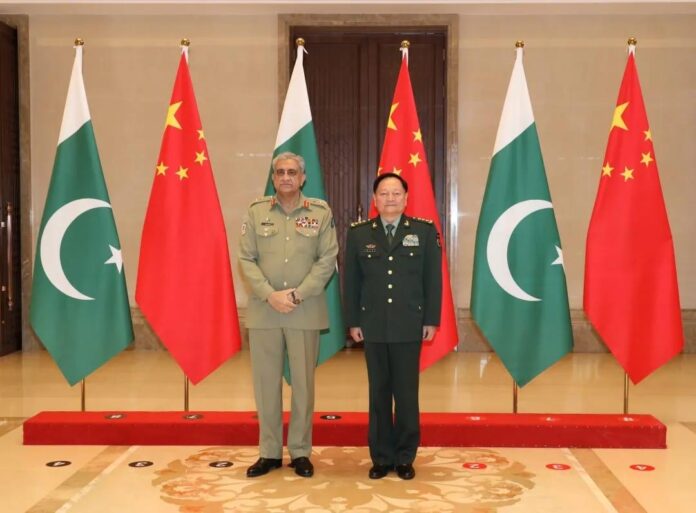 RAWALPINDI: The military leadership of Pakistan and China on Sunday reaffirmed their strategic partnership in challenging times and agreed to continue regular exchange of perspectives on issues of mutual interest.

The agreement came as a senior level tri-service military delegation of Pakistan visited China from June 9 to 12 where the delegation held wide ranging discussions with senior officials of Chinese military and other government departments. 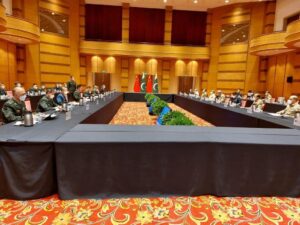 The high-level military interaction between the two countries came at a critical juncture when tensions are deepening between China and the United Sates.

Earlier this week, the US and Chinese defense ministers held a face to face meeting in Singapore on the sidelines of a regional security dialogue but the two sides exchanged barbs over many issues including Taiwan and Russia-Ukraine conflict.

Pakistan has also faced significant pressure from the West to change its stance on Russia-Ukraine conflict. Islamabad has so far walked a tightrope even after the change of government.

A statement issued by military’s media wing, the ISPR, on Sunday said the tri-service delegation held wide ranging discussions with senior officials of Chinese military and other government departments.

The apex meeting was held on June 12 wherein the Pakistani side was headed by Chief of Army Staff (COAS) General Qamar Javed Bajwa while the Chinese side was led by Vice Chairman Central Military Commission of China General Zhang Youxia, said the ISPR statement.

Both the sides discussed their perspectives on international and regional security situation, and expressed satisfaction on defence cooperation between the two countries, it added.

Both the sides also vowed to enhance their training, technology and counter-terrorism cooperation at the tri-service level.

Observers believe military diplomacy and military to military cooperation has assumed greater significance in view of the fast changing developments.

The current Pakistan army chief is the only military leader who visited China on the invitation of the Chinese president.

The visit is part of Pak-China Joint Military Cooperation Committee ( PCJMCC), Which has an apex committee – the highest body in military cooperation.

Relations between Pakistan and China have shown great improvement in recent years in all fields including defence.

Pakistan now heavily relies on China for military equipment. Only recently China provided Pakistan with J-10 fighter jets. Pakistan is the only country to have been provided the war planes since their induction into the Chinese military showing deepening military ties between the two sides.

A sessions court on Tuesday granted pre-arrest interim bail to 14 Pakistan Tehreek-e-Insaf (PTI) leaders till July 20 in another case of violence and...
Read more
- Advertisment -

June 28, 2022
The Japanese government here on Tuesday extended grant assistance of Japanese Yen 313 million (Approximately US$ 2.3 million) to Pakistan for the Project for...