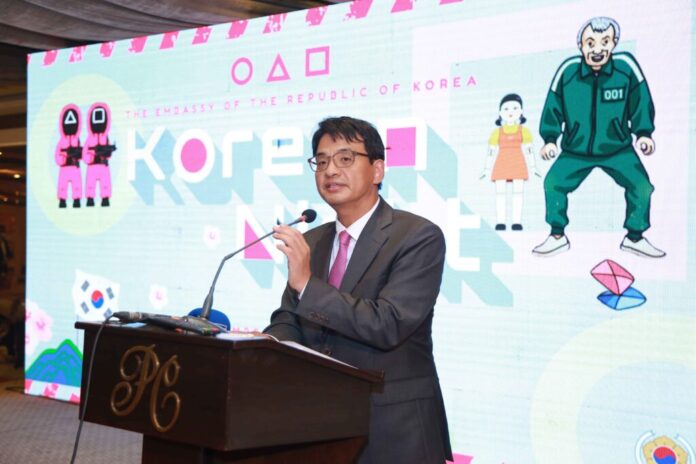 ISLAMABAD: Ambassador Suh Sangpyo of Republic of Korea Sunday said that his country has decided to increase the employment quota for Pakistani workers from 1000 to 1500 per year under Employment Permit System (EPS).

In an exclusive interview with APP, the Korean Ambassador said that the program was suspended during the pandemic period, but since last January, it had become operational again and more Pakistani workers would go to Korea on employment visas.

Presently, the envoy said that around 10,000 Pakistan workers in South Korea were performing their duties in different fields with full dedication and commitment.

The cooperation could be extended further, but for this, the Ambassador said both countries are also required to enter into a particular arrangement like and Free Trade Agreement (FTA), on which negations are underway but unfortunately, the process is slow and should be expedited. Moreover, FTA is very important to boost economic relations between the two countries, he added.

In reply to a question on a recently signed agreement with Pakistan under Economic Development Cooperation Fund (EDCF) worth USD 1 billion for five years from 2022 to 2026, he said that this would be a soft loan that would be returned in 30 to 40 years.

This soft loan will help Pakistan to establish IT Parks in Karachi by spending almost $120 million and around $80 million in Islamabad, he expressed.

The Ambassador further added that Pakistan’s Information Technology industry was booming and export to other countries were increasing day by day, but we found that the export from Pakistan was mainly in IT services.

It accomplished that the establishment of IT parks buildings in Islamabad and Karachi would enhance the scope of IT exports, he added.

Commenting on the electronics of Samsung, he said that the company had made an investment in Pakistan and established a mobile production unit in Karachi last year. But, the envoy said, taxes are too high in Pakistan on the import of electronic gadgets such as mobile phones.

Therefore, the production of mobiles had witnessed a decrease due to the difficulty of importing mobile parts in the current situation now, he said adding, the original plan to produce more than 3,000,000 units here in Karachi is complicated.

Kia and Hyundai also just started their business here and created their space in the vehicle industry of Pakistan, he told.

Ambassador Sangpyo said there are multiple projects underway between Pakistan and Korea as in the business sector, both countries partner in the automobile, transportation, hydropower, smartphones, and confectionaries production sectors.

Replying to a question on Education, Global Korea Scholarship (GKS) provides international students with opportunities to conduct advanced studies in undergraduate & graduate programs at higher educational institutions in the Republic of Korea to promote international exchanges in education and mutual friendship between countries.

The Ambassador said, “Around 1,500 Pakistani students are studying undergraduate and graduate programs in Korea.

The institutions agreed to cooperate over a full spectrum of mutual interest with specific agreements on January 26, 2022, which included academic and technical staff Exchange for joint research, a joint publication of research papers, etc.

In defense, cooperation between both countries is also expanding, especially in training and capacity building, as military officers are doing six months or one-year courses from both sides.