What if Bose had returned to India…

What if Bose had survived? 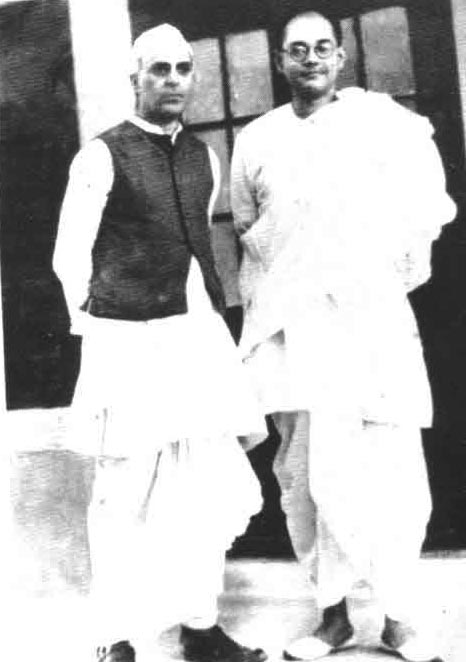 Politics has been trapped so firmly between personality and party that we tend to overlook the role of geography in shaping electoral destiny. So much attention has been consumed by the debate about two men identified by 1930 as the potential leaders of free India, Jawaharlal Nehru and Subhas Chandra Bose, that we have ignored the consequences of a meteoric Bose trajectory across the Indian horizon. There was one striking difference: Nehru became luminous in Gandhi’s glow; Bose had his own radiance.

What if Bose had, on 17 August 1945, taken a ship from Thailand to Bengal rather than a Japanese plane to Taipei, en route to Russia in the belief that only the USSR could confront the British Empire?

True, the British were determined to put Bose on trial if they arrested him. They were livid, in particular, at the fact that Bose had broken army discipline by raising the INA.

But Bose’s influence had spread far beyond the INA into the regular army. On 15 June 1945, Wavell sent London a ‘Note by Military Intelligence (Extract)’ based on the interrogation of an unnamed officer who had commanded a “guerilla” regiment against the British. Officers and men of the INA, he said, were sincere in their war for India’s independence; no compulsion was used. When they returned to India there would a rapid permeation of nationalism throughout the Indian Army.

General Sir Claude Auchinleck, commander in chief of the Army, admitted, in a top secret and personal note sent on 24 November 1945, that a death sentence against any INA officer or solider following a court martial would lead to greater unrest than in 1921 and 1942, and recommended leniency; a “considerable” number of Indian troops were calling the INA patriots, not traitors. When, on 3 January 1946, Captain P.K. Sahgal, Captain Shah Nawaz Khan and Lieutenant G.S. Dhillon, got the death sentence, Auchinleck reduced it to merely “cashiering” and “forfeiture of pay and allowances.”

If such were the passions a trial of INA officers aroused, we can barely imagine the fire across India if Bose had been tried. Moreover, he did not belong to the Indian Army, so how could he be court-martialed?

Bhulabhai Desai cited “modern international law” which recognized the “right of subject races” to fight for liberation, during his defense of INA officers. Desai asked whether de Gaulle’s Free French forces were legal when they declared war against the German occupation of France. If the Free French was legal, so was INA.

I am not suggesting Bose could have won the 1952 election. Gandhi’s influence, the emotional impact of his martyrdom, and the sheer strength of the Congress organization he created, would in all likelihood have prevailed with the electorate. But the Forward Bloc would have been a formidable presence in the first free Parliament, and by 1957 Bose would have been able to stake his claim for the leadership of India.

With Bengal as his base, and the east as its main artery, Bose could have fashioned a Coastal Coalition; moreover, he would have cracked apart the Inland Consolidation of Congress with serious inroads into Bihar, the North East, Rajasthan, minority pockets and urban India.

Bose was never overawed, not even by Gandhi. He had the ability to think through a strategy before he took his first step. Bose’s command over Bengali affections needs no reiteration. He would have won every seat in Bengal in 1952. And he was born in Cuttack and had family affinity to Odissa.

A complementary factor would have helped politically: Odissa was packed with princely states. Gandhi never extended his mass movement to the princely states, on the sound logic that they were ruled by Indians. Bose would have capitalized on this Congress weakness through his own organizational reach. Tamil Nadu, either directly, or more likely through the DMK, would have responded to a leader from a non-Hindi state with alacrity.

In Telengana, Bose’s strong anti-poverty policies could have helped his party fill the vacuum left by the waning Communist movement, and the thin Congress base in the old Nizamate.  Kerala’s Socialists might have proved more enduring in their strongholds, but Bose would in all likelihood have enticed them into an anti-Congress coalition. In 1967 the Forward Bloc was part of anti-Congress alliance in Bengal; in 1957 Bose would have been the natural leader of any such group.

Congress would have been vulnerable in the Mysore state area of Karnataka. While Bose might have faltered in Maharashtra, Congress would never have enjoyed the kind of electoral sweep that it commanded till 1977. In Gujarat, Bose’s personal magnetism and an alliance with local leadership could have been productive. It was a state waiting for an anti-Congress leader.

The Bose factor would have worked in Jharkhand, Chhattisgarh and the North East, where alienation against Congress began much earlier than in the rest of the country, because in the 1950s and 1960s, Congress took tribal communities for granted.

Bihar is the one state in the Hindi heartland which would have welcomed Bose. The east and north-east of Bihar has cultural overlap with Bengal; but more, Bihar has a strong socialist streak. In 1939, when Bose challenged Gandhi and went on to become an elected President of Congress for the Tripuri session, he got surprising support from Bihar’s delegates.

One can visualize the core theme of a Bose campaign in 1957: poverty. India was as poor as the British had left it. The economic despair was soon to find expression in the Naxalite movement. The original Naxal triumvirate included tribal leader Jangal Santhal, the tribal leader. The twin poles of the Bose manifesto would have been social harmony and economic equity.

That brings us to a key factor for Congress success between 1952 and 1971, and the party’s partial revival at the beginning of this century. Congress has won a simple majority only with overwhelming Muslim support. In 1952, Congress got 364 seats and 45 ercent of the vote; in 1957, 371 with 47.8 percent. Minus the Muslim vote, the percentage falls to the mid-30s, with seats tumbling in its wake. Look at the 1967 elections, when many Muslims turned away.

In 1920 and 1921 Muslims accepted Mahatma Gandhi’s leadership of the non-cooperation, or, in their terminology, Khilafat, movement. Their first doubts about Congress arose when Gandhi abruptly suspended non-cooperation after the attack on a police station at Chauri Chaura, when the British government had begun to display serious signs of disarray. In 1937 Jawaharlal Nehru attempted to win their affections through a “mass contact” programme. He failed comprehensively. No Muslim voter was with Congress in 1946.

From the first general election of independent India, Congress had one message for Indian Muslims: you have nowhere else to go. With Bose offering an alternative, Muslim support would have crashed in 1957, not 1967. Bengal’s Muslims would have voted for Bose in 1952, like other Bengalis; after five years, Bihar would have followed, along with the Gangetic plains and in the Coastal Coalition. Congress might still have remained the largest single party, but Bose would have been PM.

In 1957 Nehru was 68, Bose 60. In fact, after the 1957 elections an exhausted Nehru gave serious thought to resigning. Then his memory would have been untarnished by the 1962 defeat by China, the people’s famished conditions and the 1960s’ economic gloom.

With Bose as PM, India’s defence capability would not have been compromised by multilateralism soaked in nonalignment. Mao would have thought twice before ordering an offensive against one who had raised an army from POWs and led troops in a deadly conflict. We cannot be equally certain about Bose’s economic policies, but he strongly believed in strategic logic in pursuing objectives.

If Bose had turned towards home in 1945, rather than seeking to continue from a European vantage point, we would have seen a conscious youth vote emerge in 1957. By 1945, Bose had become the unrivalled hero of the young.

Gandhi recognized the Bose phenomenon much earlier than his disciples, and acknowledged it even though Bose had opposed his philosophy and was living in Germany. In June 1942 Gandhi told the American journalist Louis Fischer: “I regard Bose as a patriot of patriots. He may be misguided. I think he is misguided. I have often opposed Bose. Twice I kept him from becoming President of Congress. Finally, he did become President, although my views often differed from his.”

Four years later, on 15 February 1946, Gandhi was mesmerized: “The hypnotism of the Indian National Army has cast its spell upon us. Netaji’s name is one to conjure. His patriotism is second to none…His bravery shines through all his actions. He aimed high but failed [during the war]. Who has not failed?…My praise and admiration can go no further…The lesson…[he] brings to us is one of self-sacrifice, unity irrespective of class and community, and discipline. If our adoration will be wise and discriminating, we will rigidly copy this trinity of virtues, but we will as rigidly abjure violence.”

Bose was an advocate of war against an imperial power, and a fountainhead of peace between Indians. realized this. If he had been alive, he might have voted for Congress in 1952 and Bose in 1957.

M J Akbar
Mobashar Jawed Akbar is a leading Indian journalist and author. He is the Editor-in-Chief of The Sunday Guardian. He has also served as Editorial Director of India Today. He tweets at: @mjakbar.