Almost a year on, problems are the same 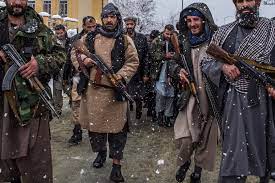 Afghanistan, our neighbouring country, is still in a need of financial help as it is on the edge of collapsing at economic and humanitarian levels. After the withdrawal of the USA last August, Afghanistan is facing a declining phase. Pakistan is a bordering country and is interlocked geostrategically, geopolitically, culturally, linguistically, historically, traditionally, religiously, and location-wise with Afghanistan. Due to this, Pakistan has shown its concern from time to time which was seen in its arranging negotiations and paving the way towards negotiations between the European Union, US representatives, and the international community by organizing twice conferences of the Organization of Islamic Cooperation at Islamabad in 2021 and 2022.

We are looking forward to a fruitful and beneficial response from the USA in the coming days as the international community has already raised the alarming humanitarian and economic situation of Afghanistan. Other than the mentioned issues, terrorism is also affecting, distracting, and proving hindrances to the Afghan government. In this regard, almost 100 attacks by the Islamic State Khorasan (ISIS-K, ISK, or ISKP) have been counted by the Center for Strategic and International Studies in Pakistan and Afghanistan by 2018. The group’s affiliate has been operating in Afghanistan since 2014 and it seems that the greatest challenge to the Afghan government is in controlling the terrorist attacks.

It is believed that around 2000 fighters located in western and northern Afghanistan were involved in terrorist attacks. The ISIS-K was established nearer to eight years ago. Its founding members involved militants who left the Afghan Taliban and Pakistan Taliban. The rivalry between these two groups is based on ideological differences and competition for resources. Thus, Afghanistan has been affected by the civil war since its emergence, and those who entered, like the USSR for 10 years and the USA for 20, had to leave after gting no result in changing their ideology. The conclusion comes at the end that Afghanistan belongs to Afghans and should be run by them. The ISIS-K group had to decentralize after significant territorial losses but took the responsibility of string high-profile attacks, airport attacks, bombing at girls’ Kabul school, and so on.

Recently, an explosion occurred at a mosque in northern Kunduz on Friday which has killed one and wounded seven per a released statement by the Afghan government. So far, no group has taken the responsibility, but it is being associated with ISIS-K. In May, a similar attack at a mosque made 5 people dead and several wounded, while in April, again a mosque was targeted during Friday prayers, resulting in 10 people being killed and 30 wounded. The group has come up as a competitor of both Al-Qaida and the Taliban.

Apart from terrorism, the Afghan government is being criticized also for the non-fulfillment of women’s rights. Regarding fulfilling the human rights clause regarding women, still, after 10 months of the Taliban’s taking over,they don’t seem to intend fulfilling their promises. The situation of a woman is seen getting worse, as seen by the Taliban placing restrictions on them. They are barred from returning to many government jobs, girls’ secondary schools have been shut out, and even the government male employees are suspended if they don’t get the rules implemented on their women regarding the dress code. The dress code is wearing a burqa with a head-to-toe covering. The United Nations has raised the issue again and named it ‘institutionalized systematic oppression’ of females in Afghanistan. Even isolation, less funding provision, and sanctions raised the humanitarian crisis i.e. malnutrition, and poverty has made the Taliban stricter.

The current government of Shahbaz Sharif is facing significant economic challenges in Pakistan, and is looking towards upcoming elections; therefore, it seems that it is already in crisis and cannot afford to intervene in Afghanistan’s issues at the moment.

The international community is required to resolve the deteriorating situation of Afghanistan as internal issues should be left to Afghans as even after USSR and US interventions, they also weren’t able to change their ideology. There is a need to save precious lives. Pakistan is always concerned as if the same situation will continue, the country will be unable to accommodate such a large number of immigrants as they previously immigrated to Pakistan in Zia -ul-Haq’s era. The US government evacuated around 124,000 Afghans from Kabul who worked for the US government, and still, 60,000 are eligible for the Special Immigration Visa programme. Other than this, the expected immigrants will surely take a move towards its neighbouring Pakistan which is also facing an economic crisis and will not be able to accommodate and afford such a large number of expected immigrants in the future. Thus, there is an urgent need for an amicable solution for Afghanistan.

The current government of Shahbaz Sharif is facing significant economic challenges in Pakistan, and is looking towards upcoming elections; therefore, it seems that it is already in crisis and cannot afford to intervene in Afghanistan’s issues at the moment.

On the other hand, the no-confidence vote against Imran Khan’s government has already been related to a conspiracy by the USA. It is a complicated situation on the political and diplomatic grounds for Pakistan. The citizens can well relate to the situation by observing their surroundings, but there is a need for an urgent interference from the international community to come together and become a strong voice for Afghanistan in taking it out from the deteriorating situation.