A critical analysis of the World Bank and IMF 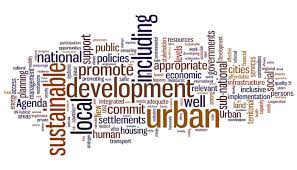 The present global economic system is rooted in the capitalist economic system and well-established in the notion of self-interest through which people and states pursue their own interests with narrow concern for the collective good of the society. To contextualize global capitalism, the philosophy behind neo-colonialism; liberalism and neoliberalism must be understood because global capitalism works under their garb as they are the guiding principles to make us understand what is happening in the world. Furthermore, to understand debt, one has to understand first what is happening today in the global economy.  What we see in the broader context is, the largest transfer of public wealth to private hands in history. The process of forcing most countries into debt is a means of controlling their resources; labour and governments. In the name of development, massive exploitation of the environment takes place, not to mention other damage. The impression is given that they assist the low-income or poor countries; push them out of poverty and reform their domestic institutions. However, academic findings show that this is not always so.

The foundations of World Bank (WB) and IMF were laid down at the Bretton Woods Conference in 1944. Though WB claims its key aim is to promote global development and reduce poverty, critics see it as a tool in the hands of countries that are the world’s major economic powers. After the fall of communism, this financial institution was instrumental in carrying forward the neo-liberal economic agenda of capitalism.

Whereas its policies benefited the governments of the global North, its guidelines harmed the global South. Scholars witnessed a sharp divide within communities and increasing inequality after adopting WB’s policies. The negative impact of its policies is visible across countries in Asia, Africa and Latin America.

The World Bank gets its funding from its member governments. The USA is a major shareholder and has great influence. The Bank’s data suggests it tries to be neutral in a country’s internal politics. However, critics argue it is a politicized and monopolized institution. It claims it helps the LDCs (Least developed countries) and African countries improve their governance structure and claims poverty is declining, particularly before the covid-19 pandemic.

In the case of the sub-Saharan region, the largest WB  recipient, scholars have an opposite view. For instance in 2007, the bank loaned nearly $70 million to Kenya’s national forest service for a conservation project. However, Kenyan authorities reportedly used the money to vigorously throw out thousands of locals living in the project area. Human rights groups have also criticized the World Bank for ignoring the environmental and social impacts of some projects in countries like Ethiopia and Myanmar.

WB emphasizes good governance and transparency. But critics argue it operates under great secrecy and limited accountability. It attempts to portray itself as an institution looking out for not just poor countries but poor people within those countries; that has always never been so.

WB has supported Pakistan on many occasions. Significant among them were: dams building. Indus Water Treaty where WB was the key mediator. Hence, one can argue that there are some areas in Pakistan where WB has played a vital role. However, there are mixed opinions about its role in LDCs.

The whole liberal economic model in practice is exploitative and unequal. Hence, debt-ridden economies have less influence at global level and continue to be exploited. Resultantly, rising debt burden further pushes them into poverty; intensifies inequalities and inflation, which has negative and direct impact on citizens at domestic level.

IMF is responsible for maintaining the international monetary system. It provides loans to LDCs through surveys and capacity building activities. The USA and EU have the maximum share. IMF and WB govern through the quota system in terms of funds, and the voting share is accordingly. The IMF.  in the past 40 to 50 years, has intervened in different countries of the South.

At present, there are 46 countries defined as least developed by the UN. The main reasons are: unequal distribution of wealth; lack of technology, high birth rate and gender equality issues. Due to these reasons their GDP is low. Since the IMF is a last option, countries in trouble have no choice but to agree to significant austerity measures that may not necessarily be in their best interests.

Some scholars have argued that institutions like WB, IMF and WTO are run by elite clubs, largely run and monopolized by the EU and USA. The IMF emphasizes privatization, and overall neo-liberal policies. Historically, IMF loans cannot be used for education or health.

IMF policies have cascading effects on developing economies; as it alters their financial policies. However, despite all its claims, the IMF is highly biased by political and economic interests against the LDCs. Biased insurance mechanism system and harsh conditions. In the case of Pakistan, which is currently its fourth largest borrower. We cannot see changes; reduction in poverty or addressing of different issues faced by Pakistan. This is a clear indication of how economic and political aims are achieved through this institution.

Likewise, Pakistan received a larger amount of aid during the military regimes than democratic periods from the USA. Though the USA claims to be the champion of human rights and promotion of democracy. Some even argue that there is politics of aid. In other words, aid is given to those who are strategically important to the USA. Then Pakistan was a close US ally. Today there is a divergence of interests between both states, and China is a close ally of Pakistan. So, it is challenging for Pakistan to maintain friendly relations with both countries, and seek relaxation from the USA for an IMF loan. This shows only interests matter in global politics.

There is another issue, as the WB and IMF do not prioritize the needs of the borrowing countries. They tend to different treatment between the North and South. Sanctions are imposed on poor countries which default or cannot meet debt obligations, whereas no sanctions on EU countries are imposed. The IMF has come under criticism for continuing to bail out Greece. It clearly shows that it serves the interest of the elites and Western bias prevails.

Moreover, one of the biggest problems of LDCs are, corruption. Many leaders from low and middle income countries have been known to take bribes. Sometimes there is no guarantee that the borrowed money will be put towards productive use. Some believe it is up to the recipient country to use the loan wisely.

The WB is headed by an American and the IMF by a European. For getting any sort of relief from the IMF, any country needs 85 percent of the votes. It means that, if the USA and the EU are not going to help any country the IMF cannot. What we see in Pak-IMF context is, getting loans is increasingly becoming harder. Part of the reason is worsening Pak-USA relations. IMF says its policies are designed to help nations in recession, restructure the economies and eliminate wasteful spending.

But critics argue the IMF is pushing both countries further into debt by giving them fresh loans instead of aid. They say such lending practices intensify the cycle of deficit and poverty. Lending policies of the IMF has come under some criticism as money goes into recovery, which has a negative influence on job making and growth. In many instances we have cases where countries are cutting back on spending. Critics point to the conditions attached to their loans, saying that they don’t always address their specific economic issues. Rising debt burden is one of the most critical economic problems facing developing countries. The development efforts by the developing countries are severely hampered by the need to keep a substantial part of their national budget for servicing external debt. Higher debt servicing ratios mean a country uses the major part of its forex earning for just meeting its debt obligation with little left for development.

Dependency theory argues that all countries exist within a wider global system characterized by global capitalism. In this system, liberal economic theory dominates. Multinational corporations and banks, in this system, are instruments of the rich in the core countries. International institutions again, all serve the interests of the richest countries and their richest people. Moreover, they promote underdevelopment of countries. The neorealist approach to economic security suggests that states use economic measures as a means to achieve their aggressive and defensive goals. Critics argue neo-liberal policies exacerbate rather than mitigate economic and social inequalities.

Global capitalism does not always serve the interests of the LDCs, as projected. Rather, global institutions mainly serve the interests of the capitalist states through different means. The whole liberal economic model in practice is exploitative and unequal. Hence, debt-ridden economies have less influence at global level and continue to be exploited. Resultantly, rising debt burden further pushes them into poverty; intensifies inequalities and inflation, which has negative and direct impact on citizens at domestic level.

Muhammad Shahjahan Memon
The writer can be reached at: [email protected]