The new cadre is attacking the very institutions hat nurtured it 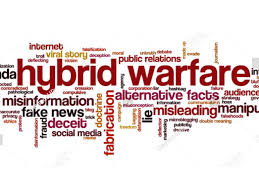 Independent journalism and democracy in Pakistan have always been in survival mode because both are interlinked and both contest the writ of anti-constitutional forces.

Working journalists realize that a hybrid cadre was developed in Pakistan around 2008 to mitigate professional journalists and this hybrid cadre called itself Sahafi (journalist). Making a mockery of politicians and Parliament has been the core term of reference of members of this clan who neither respect Parliament nor the politicians, rather both are their prime targets. Their articles and their talk shows end by leaving a message that all politicians are corrupt and the parliamentary system has failed to deliver therefore a new constitution is needed to replace the parliamentary system with a presidential form of government or any such political system in which the power lies with a single person instead of directly elected representatives of masses.

By abusing politicians, Parliament, and the Constitution, this cadre of vloggers, bloggers, anchors, and political analysts successfully filled television screens and prime places in Op-ed pages by 2014. They were elevated as senior experts, senior analysts, and social scientists by the state institutions and state-funded think tanks.

By 2018, they had already replaced working journalists who reached television screens and Op-ed pages after going through long journeys via newspaper newsrooms, or reporting rooms. Soon this new cadre became mouthpieces of different power grids. The front rows during media briefings and dinners in the Presidency, Prime Minister House, Chief Minister Houses, and Governor Houses were filled with these hybrid journalists. Hundreds of unknown websites having no physical addresses or credible names were launched to establish this cadre as “credible writers”.

Seasoned and working journalists had no option but to watch what was going on and to survive the social and economic strangulation they were victims of. Unluckily, there are no rules laid down by the state to determine who can be a journalist therefore this new cadre who had never been in journalism before landing in media outlets faced no resistance from journalist right platforms. This new cadre is composed of doctors, engineers, showbiz celebrities, bank employees, shopkeepers, real estate developers, and retired officials of the civil-military bureaucracy.  They are those who did not opt for journalism as their career like any working and professional journalist but they entered this arena in the sheer quest of enjoying the power and pleasure a manipulating and cunning media person could enjoy.

Having no ethical teaching of journalism, this cadre from the very first day was considered as dangerous and I remember one of the senior journalists while talking to me in 2018 foresaw that the system is nurturing snakes, and sooner or later they will bite the system. I thought he was commenting so negatively because he was thrown away from mainstream journalism.

Alas, his prophecy came true within years. Now the majority of these hybrid journalists are biting the state institutions almost every passing moment. Look at the social media and television screens where they were placed, you will listen to their venom-filled comments against state institutions and they are protected layer by layer so even state institutions look helpless in front of them. The system when it was launching them, could have thought that it would manage them and they would only bite others. However, the history testifies that nourishing a viper in one’s bosom always results in a fatal bite, nonetheless it could be too late to regret. Unfortunately, we do not learn from history.

Are we habitual of nourishing vipers?  Do we have an antidote to the venom this hybrid media is injecting into our social body?

Lucius Seneca was a Roman Stoic philosopher, dramaturge, and one of the ministers of Nero of Rome. Seneca in his letter written to his friend Gaius Lucilius who was a Roman satirist said, “There are many whose faults go undetected only because they are weak and cannot harm much to others but when their (social, economic) strength grows, they will act no less daringly than those whose fortunes have already given them an opportunity because they lack only the resources to display the full extent of their iniquity. “

Giving an example of a viper, Seneca further writes:

“Even a poisonous snake is safe to handle in cold weather when it is sluggish. Its venom is still there, but inactive. In the same way, there are many people whose cruelty, ambition, or self-indulgence fails to match the most outrageous cases only by the grace of fortune. Just give them the power to do what they want, and you will see: that they want the same things as others do.”

Historians believe that the example of a snake cited by Seneca actually comes from the story of Aesop known as a fable of “The Farmer and the Viper”. The Greek historian Herodotus mentioned Aesop was a storyteller slave who lived in Ancient Greece during the 5th century BCE. The moral of “Farmer and the Viper” is that kindness to evil will be met by betrayal. This moral is the source of the idiom “to nourish a viper in one’s bosom”. The story tells us a farmer who finds a viper freezing in the snow and he picks it up and places it within his coat in a gesture of sympathy to save the snake’s life. The viper, revived by the warmth of the farmer’s body, bites his rescuer, who dies realizing that it is his own fault.

Interestingly, this simple story had been under philosophical discussions by Stoic philosophers who formed Stoicism. Stoics were of the view that every living thing must act according to its innate qualities, and the snake has the innate quality of biting and releasing venom in someone’s body. They believed that a wise person, who adopts a philosophical attitude toward life, always knows that breaches of trust are common enough to be expected around us.

Marcus Aurelius Antoninus who was a Stoic philosopher and the Roman emperor (from 161 AD to 180 AD) writes in his dialogues known as “Meditations” that it is sheer madness to expect the bad to do no wrong; for that is to wish for the impossible. But to allow that they should do wrong to others, yet demand that they should do no wrong to yourself is senseless and tyrannical. —

Beware lest you nurture a snake in your bosom, as the saying goes. The wise persons accept that the world is full of foolish and vicious people so they anticipate potential threats, and get ready in advance to deal with dangerous people.

Are we habitual of nourishing vipers?  Do we have an antidote to the venom this hybrid media is injecting into our social body?