A certain recipe for disaster 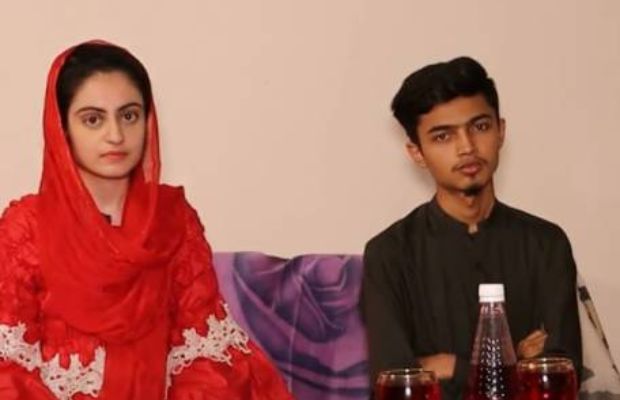 The Dua Zehra episode has once again brought to the fore old issues that keep rearing their heads every once in a while, only to be forgotten as soon as some other sensation steals all the headlines. On each such occasion there is much consternation and anger, not only on the part of the parties involved, but among the general public as well. Emotions have a way of preventing men and women from thinking clearly. For those intimately involved, these emotions are understandable and to a large extent unavoidable. As for the interested bystanders, they owe it to themselves (if not to anybody else) to try and think clearly instead of giving in to sentimentality. Here are a few lines in that spirit. First some prefatory remarks:

Thinking in terms of binaries can be harmful even when the binary in question is not false. An example of this is the propensity to think solely in terms of permissible and forbidden. Religion no doubt lays out boundaries for permissible conduct – and these boundaries are important – but one must reconsider one’s decisions if the only thing in their support is the fact that a particular act is permissible. Carbonated drinks are permissible, but one is supposed to exercise one’s best judgment when deciding whether and in what quantity to consume them. Any error of judgment in this regard can hardly be pinned on religion or law.

The unfortunate tendency of considering everything exclusively a religious issue is also very widespread. The result is that amid all the heated debate regarding the permissibility or otherwise of an action, what gets neglected is the scarcely less important question of taste. Unlike the issue of permissibility, often the answer to this latter question is relative, not absolute. For something could well be in good taste in one time and place but in extremely bad taste in another setting. For example, the social implications of polygamy in the Middle East and the Indian sub-continent could not be more different. Religion can hardly be blamed for any unfortunate consequences arising out of bad judgment by the parties involved.

Most people would agree that human beings are supposed to use their intellect in their decision-making. Far too often, however, the intellect is pressed into service in a problem-solving, as opposed to a problem-avoiding, capacity.

Coming now to the issue at hand, there can hardly be any doubt that as per the religion, the right for deciding whom to marry and when principally lies with the prospective bride and groom; and for a very good reason: it is after all the couple that must ultimately make the marriage work.

When is a boy and a girl competent to make that decision? In other words, when do they come of age? Deciding the age of consent is not a religious matter at all. Sexual maturity, or age of adulthood, change with geography, time, and culture. These things are best decided by parliaments, so that they can be amended as and when needed. However, these laws are binding so long as they are operative. It is therefore hard to see any verdict the Sindh High Court could have announced other than what it did the other day.

So much for religion and law. But marriage is much more than merely a religious and/or legal matter. It has enormous and far-reaching social implications. Norms of the society are therefore important too. In our society for instance, where marriage is considered a union of families as opposed to mere individuals, the consent, participation, and happiness of parents can never be considered trivial. These social aspects must therefore be thoroughly thought through before taking any drastic steps. In our society, more than merely the blessings of the family (or lack thereof), it is seen as betrayal and a matter of family honour. Boys and girls should therefore think thrice before subjecting their parents to this ordeal.

Most people would agree that human beings are supposed to use their intellect in their decision-making. Far too often, however, the intellect is pressed into service in a problem-solving, as opposed to a problem-avoiding, capacity. We all need to realize that there are messes one can put oneself and others into, from which there is no good way out. So it is that the Sindh High Court’s verdict to allow Zehra to decide her own fate has left her parents feeling let down and hard done by.

If incidents like this are to be prevented, an active and effective communication channel between parents and children would be crucial. It would have been best had the matter been resolved at home away from the media spotlight. The great communication gap, especially when it comes to matters of matrimony, sees to it that there is equal hesitation on either side. This, as we keep seeing from time to time, is to the detriment of all.