New challenges for India in Iran 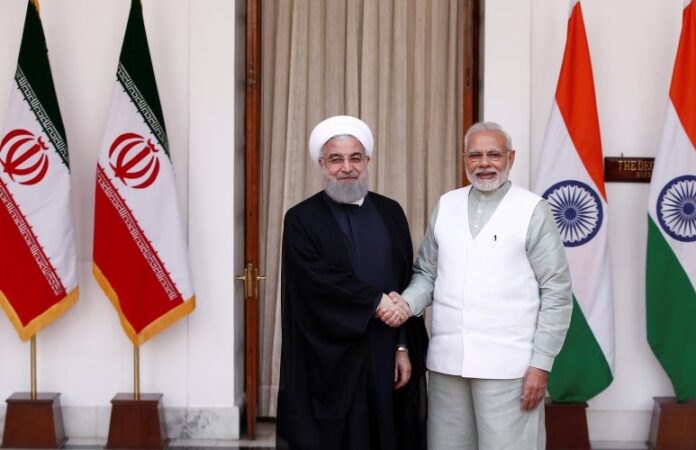 All together the seven-decades-old relations of India with Iran, established on 15 March 1950, are at stake simply because the People’s Republic of China has signed a 25-year Strategic Co-operation Agreement with Tehran on 25 March 2021, cementing their Comprehensive Strategic Partnership, reached recently in 2016. Although the signed agreement and commitments made with each other only testify to its strategic nature but it is far more than that and in coming days, if not the interests of the superpower USA, the economic and trade relations with India and Iran will witness a tough time in their relationship and understanding as well.

Under this Agreement it is estimated that China will invest in Iran $400 billion and, in return, Beijing will get cheap oil for the coming quarter-century. As the taming of India  in Asia and elsewhere has become the first objective of Chinese foreign policy in the recent past, the Agreement will form a new axis in the Middle East, will lower New Delhi’s stature in Asian countries and the Indian Ocean where interests of India and China clash with each other directly, and allow China to foil Indian investments and efforts in Afghanistan through expansion of its Belt and Road Initiative (BRI) project in the whole region, including Central Asia. The BRI scheme of China may not be a source of renovation and reconstruction of nations’ whole infrastructures, but surely it has potential to spread the Chinese capability and upset the power balance between friendly countries and the region. Thus, if we keep in mind the Chinese intentions and strategic designs towards India, it will harm Indian interests in all possible ways, the economy in particular.

From Beijing’s point of view, the said agreement may be small, but is definitely a part of a big game-changer plan for the region which reflects a coming Cold War between China and the USA, of whom India is an alliance partner in Asia. Beijing also wants to make the same type of agreement with both Saudi Arabia and the United Arab Emirates (UAE), as indicated in the White Paper of its Arab policy published in 2016.

At this juncture, India should rethink its Iran policy and come forward to detract from the China-Iran alliance along with broadening the scope of co-operation with Tehran to make their partnership a more strategic one. Additionally, to help Iran in this crisis New Delhi should convince the USA to revive the Joint Comprehensive Plan of Action done for providing Iran some relief in the oil business in 2016 but scrapped in 2018 by the Trump Administration.

Perhaps this major policy change is also due to US rivalry with China because traditionally Beijing was not much interested in the politics of Middle East and maintained an equidistance between Saudi Arabia and UAE, but recently it found Iran an aggrieved party in the region, lagging behind in respect of Pakistan and Saudi Arabia because of the US sanctions imposed because of its developing nuclear programme. In world politics and anywhere else, the enemy’s enemy becomes a friend, and under that principle Iran has now became an active ally of the Chinese game plan in the area.

However, for Teheran, it was the high time to repair the losses incurred due to US sanctions and also mobilise investments from outside the region. As part of a larger game plan, viewing a possible cold war, establishments in Beijing and Washington are preparing and positioning themselves into blocs of like-minded states, and China is trying to make an alliance of autocracies against the USA’s group of democracies. Earlier, it also proposed an alliance of five countries with China, Pakistan, Russia and Turkey for regional peace and stability and going a step further, in January 2021, it also signed an agreement with Russia centred on intelligence sharing.

Apart from geopolitical and strategic perspectives, Iran’s agreement with China is bound to hurt the ongoing economic relations and status of crude oil supply to India. Despite differences between India and Iran on some national and international issues, bilateral relations have enjoyed their understandings and in the 1990s and thereafter, no major problem erupted between the two and signing of a defence agreement in December 2002 was a good sign of better relations. From decades till date Iran is the second largest supplier of crude oil to India and as a result, New Delhi is one of the largest foreign investors in Iran’s oil and gas industry despite strict sanctions of the USA and a very limited supply/payment chain given to Iran due to its nuclear programme.

In addition to India’s investment in the oil industry of Iran, New Delhi has helped Teheran in road construction, port development and education. A highway between Zaranj and Delaram is being built with the financial support of India, but the most important Chabahar port scheme is jointly financed by India and Iran, and New Delhi has planned to invest $20 billion alone on this port. It is largely in India’s interest which will give it access to the oil and gas resources in Iran and Central Asian States.

With this, New Delhi hopes to be parallel with Gwadar Port of China being in Pakistan’s Baluchistan province. In that context, India, Iran and Afghanistan have also signed an agreement to give Indian goods, heading for Central Asia and Afghanistan, preferential treatment. The Chabahar port project is also in Iran’s interest and it will end its US-sponsored economic isolation and benefit from the resurgence of the Indian economy. That port is aimed to form a multi-nodal transport link connecting Mumbai with St Petersburg, providing Europe and the former Soviet republics of Central Asia access to Asia and vice versa.

At this juncture, India should rethink its Iran policy and come forward to detract from the China-Iran alliance along with broadening the scope of co-operation with Tehran to make their partnership a more strategic one. Additionally, to help Iran in this crisis New Delhi should convince the USA to revive the Joint Comprehensive Plan of Action done for providing Iran some relief in the oil business in 2016 but scrapped in 2018 by the Trump Administration. And ultimately, New Delhi should also try to carve a critical role for itself to persuade Washington and Tehran to come closer to check and stop the rise of China in the Middle East, and Iran in particular.