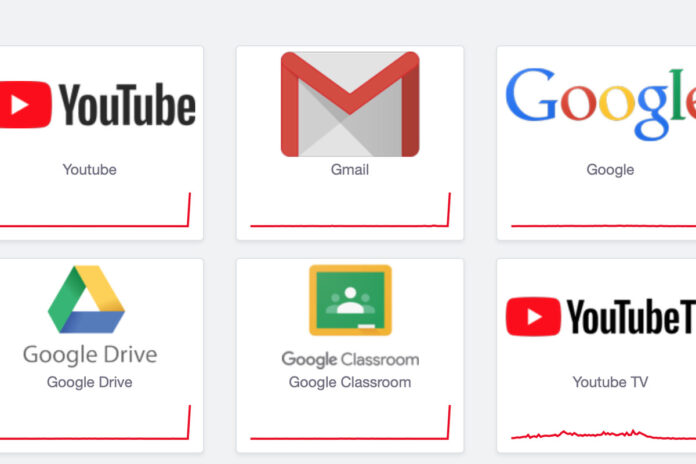 Google services, including YouTube, Gmail and Google Drive, were restored for most users on Monday, following a global outage that affected thousands.

Update — We’re back up and running! You should be able to access YouTube again and enjoy videos as normal https://t.co/NsGBvvaTko

Google’s website that logs outages said the services that were affected for nearly an hour should be restored for most users.

The company has some of the most widely used services in the world. YouTube records over 2 billion logged-in users each month, with people watching over a billion hours of video on its platform.

According to outage monitoring website DownDetector, more than 12,000 YouTube users were affected in various parts of the world, including the United States, Britain and India.

Outages on select Google apps are not uncommon, but Monday’s outage affected all its popular services, including Google Hangouts, Google Chats and Google Meet, products that people have used extensively during the Covid-19 pandemic.

Many business activities in Pakistan also suffered delay as Google services were down during peak working hours.

LAHORE: Kohsar University Murree has decided to convert the rooms of the Youth Development Centre – Murree allotted at Punjab House Murree into the...
Read more
HEADLINES

PML-N to launch ‘corruption paper’ against PTI on August 17: Marriyum

Pakistan Muslim League-Nawaz Information Secretary Marriyum Aurangzeb said on Wednesday that her party would launch a “corruption paper” on August 17 to highlight the...
Read more
HEADLINES

KARACHI: Little-known Abdul Qayyum Niazi turned out to be a dark horse, winning an intense race for the office of prime minister of Azad...
Read more
HEADLINES

ISLAMABAD: The number of coronavirus jabs administered is increasing with each passing day as National Command and Operation Centre on Wednesday said 1.13 million...
Read more
- Advertisment -