Use of Afghan territory against Pakistan

The talks with the Tehreek-e-Taliban Pakistan (TTP) facilitated by the Afghan Taliban had raised hopes of an end to terrorism in the tribal areas but after a brief lull across the border, attacks have started once again. Many young men have been martyred in terrorist attacks from across the border one after the other, although the enemy is also suffering heavy casualties in retaliatory action, it is necessary for the Afghan government to make arrangements to stop terrorist activities across the border as per its promise. Pakistan is still supporting the ruined Afghanistan government in every possible way, while the demeanor of the Kabul government has been hostile, the Taliban leadership will not only have to change its behavior yet will also have to be strictly stopped the interference in Pakistan from its land.

It is a very sad situation that for Afghanistan, Pakistan has sacrificed the lives of more than 80,000 of its citizens, including security officers and personnel while serving as America’s frontline ally and caused billions of dollars in damage to the national economy. Instead of a cool breeze, terrorism is being carried out by the side and after the Taliban government took over in Afghanistan, it was expected that the tension and operations of the Ashraf Ghani era would end but all of Pakistan’s hopes were dashed when following a US drone strike on Afghanistan, Taliban spokesman Zabihullah Mujahid warned Islamabad that if it happens again, there will be serious consequences.

Pakistan is still active for peace and prosperity in Afghanistan while the Taliban have started threatening Pakistan instead of fulfilling their promise. Since the Taliban took power in Afghanistan, attacks by militants in Pakistan have been increasing rather than decreasing. Although, the responsibility of these attacks has been accepted by the Pakistani Taliban or by an organization affiliated with the Islamic State group, which has a stronghold in Afghanistan. The Taliban government has been promising to take action against them but so far no strict action has been taken against them and the result of this ambivalent attitude of the Taliban government is that the morale of the anti-Pakistan forces is escalating and there is an increase in terrorist activities from across the border.

The Pakistan Institute of Peace Studies, a think tank that monitors militant activities in Pakistan, said that in the first three consecutive months of the present year, there were 52 attacks by militants on Pakistan, compared to 35 last year.

The Pakistan Institute of Peace Studies, a think tank that monitors militant activities in Pakistan, said that in the first three consecutive months of the present year, there were 52 attacks by militants on Pakistan, compared to 35 last year. So far this year, 155 people have been killed in such attacks while last year the number was 68. The Pakistan Foreign Office has repeatedly stated that terrorists are using Afghan territory to carry out operations inside Pakistan but Taliban officials have refused to provide safe havens to the insurgents, saying they have been trying to stop cross-border attacks as much as possible since coming to power whereas the Taliban government does not seem to be taking any practical action against the anti-Pakistan groups.

This situation is becoming unacceptable for Pakistan. What has been done against Pakistan by Afghanistan and Kabul administration so far, there is no room for more relaxation, so, in spite of a mere formal protest from the Kabul administration on previous incident, the matter should be raised in the United Nations in the context of the security of the country and the region, and a policy should be decided to strictly prevent the hands of Afghanistan along with Indian actions against the security of Pakistan. Otherwise, there may be serious threats to our security and sovereignty from Kabul in the future. On one side, Pakistan security forces will have to take more stringent measures to prevent cross-border infiltration and on the other side, operational series against terrorists should continue constantly until the last terrorist is completely wiped out from the homeland. 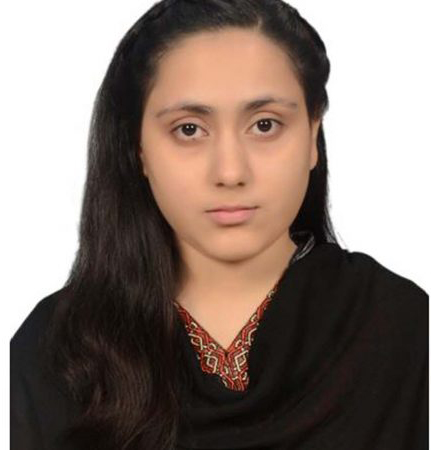