The path of development without military intervention 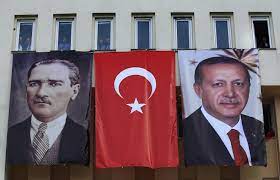 Under Recep Tayyip Erdogan, the 12th President, Turkey is ready to assume the leadership of the Islamic Ummah. In the 20th century, Mustafa Kemal Ataturk founded the Turkish Republic. Ataturk was a graduate of the Ottoman Military Academy who rose to be a general. During World War I when Turkey was under siege, he defeated the Allied Forces in 1915 in the famous Battle of Gallipoli. It was the last military victory of a Muslim General. He then resisted the break-up of his country but in the process dislodged the centuries-old Ottoman Empire.

He remained at the helm from 1923 till his death in 1938. He founded the Republican People’s Party that has ruled Turkey for extended periods. In his own words; “I am a dictator so that Turkey may never have another”. As the ‘ Republic ‘ came into being after a ‘ Military Victory ‘, a constitutional role was given to the men in uniform. Both Zia and Musharraf desired such a ‘ Supra Constitutional Body ‘ for Pakistan but did not succeed. The Turkish ‘Sipah-e-Salar’ was given constitutional authority to dislodge an elected government when he felt necessary and then hold elections at the appropriate time as determined by him. Due to this unbridled/unaccountable authority for decades Turkey remained the ‘ Sick man ‘ of Europe.

In the year 1981 after finishing my MS programme, I was driving home across Europe. Early October morning I entered Turkey from Greece. It was a pleasant morning, after two years hearing the sound of ‘Azan ‘ was music to my ears. On finishing my prayers, my car was cleared by the customs staff. As I was about to leave two military men in uniform stopped me for a thorough search. Surprised by their intrusion, I told them that I had been cleared by the customs but they were adamant. On my objection I was told that the country was under Martial Law and the Army had absolute control with no questions asked. At this stage I tried to use my charm by relying on the age-old ‘ Pakistan-Turkiye Haqqi qi Gardés ‘ (Pakistan-Turkey were real brothers) mantra but they were unmoved. Finally after searching every nook and corner of my automobile, I was let go. At the fake end of my long drive, trouble lay ahead for me in the friendly Muslim country as it was in a mess.

In September 1980 General Kevin Evren the Army Chief had dismissed the civilian government to become the acting President. Turkey had shortages of all kind. There was regular gas and power load shedding.  The law and order situation was out of control. I had to throw cigarettes as extortion to wade my way through the young boys who were standing on the roadside with stones. The entire structure was also dilapidated and ill-kept. Though there was lots of love and respect for Pakistanis amongst the civilian population, there was overall gloom and doom. On my way to Konya to experience ‘ Maulana Rumi ‘, I was greeted with open arms with offers of free food and gasoline. The population was sharply divided; while a few women wore skirts a vast majority were conservatively dressed. Reverence for ‘ Mevlana ‘ as they pronounced was widespread. I was welcomed as a pilgrim not a mere tourist.

It was 1996 when I went back to Istanbul with my wife and children. The city had been transformed by the elected mayor Erdogan. He had launched his ‘ Turkish National Movement ‘ party to enter the political arena. After completing his basic ‘ Madrassa Education ‘ Erdogan had graduated from the Marmara University in Istanbul. He had mass appeal amongst the conservative and middle of the road population; only the secular Kemalists were against him.

Fearing his election victory as Prime Minister (PM) he was banned from contesting. He fielded his close confidant Abdullah Gul as PM. After coming into power, the PM removed the ban on Erdogan thus paving the way for him to come into power. Once in the saddle Erdogan moved fast to rebuild Turkey from the ashes of repeated military interventions. Under his astute leadership his country transformed from Sick man to Strongman of Europe.

Pakistan which was once the fastest growing country in the region can learn from the Turkish transition from controlled to real democratic order. Today the country is a constitutional democracy, adherence to which can ensure our march forward provided it is followed in letter and spirit. Today, Erdogan of Turkey stands out as the most important leader of the Muslin World who is destined to play a major role in reviving the past glory of the Ummah.

He then amended the constitution to finish the role of the Armed Forces in running the country. Those who resisted were removed. People’s power was restored. After two terms as PM, Erdogan elevated himself to the position of President of the republic. Today the country is vibrant which has started to re-assert itself as the power to be reckoned with.

The West as always conspired to remove Erdogan through a military coup while he was visiting his hometown. Tanks were deployed in Ankara the capital. Erdogan immediately flew back and landed safely to a hero’s welcome by the masses. Even the tanks were surrounded by the people. The strong Turkish Army had to surrender for the first time in history by laying its arms before its own people. The Republic survived and the revisionists were made to bite the dust. Erdogan then moved fast to reform the Armed Forces by confining them to the barracks where they rightfully belonged. While Ataturk is still revered as the father of the modern republic his supra constitutional role for his fellow soldiers has been down away with.

Erdogan has created a legacy of development and growth while balancing religion with the challenges of the times. Amongst the Islamic Ummah Turkey, Malaysia and Indonesia have done well under able civilian leadership. Iran has also developed but under strict religious control for which they continue to face international sanctions.

Pakistan which was once the fastest growing country in the region can learn from the Turkish transition from controlled to real democratic order. Today the country is a constitutional democracy, adherence to which can ensure our march forward provided it is followed in letter and spirit. Today, Erdogan of Turkey stands out as the most important leader of the Muslin World who is destined to play a major role in reviving the past glory of the Ummah.

October 7, 2022
Pakistan white-ball vice-captain Shadab Khan is now the joint second-highest wicket-taker in T20Is for the Men in Green. The 24-year-old made his T20I debut in...