It’s time to do something 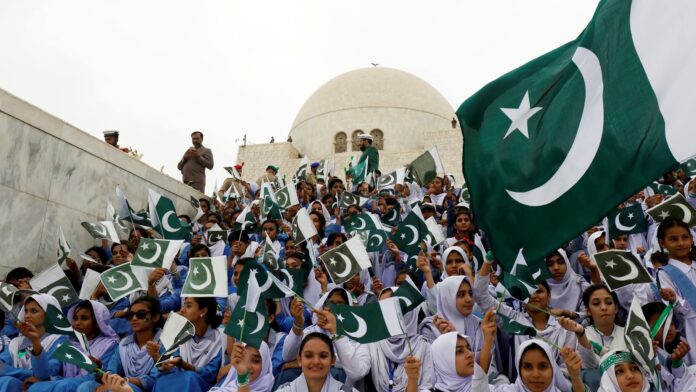 Pakistan turned 75 on the 14th of August 2022 and the nation celebrated the occasion with excitement, passion, and patriotic zeal, and fervour. Pakistan is a reality with nuclear capability and the world has accepted its significance. Its naturally gifted geography has helped it stand the test of time and stay firm despite many hardships.

Despite the plethora of problems it has faced, Pakistan is one of the Asian powers with a key strategic position and has an important role to play in the world. Be it peace, security, and welfare.

The people of Pakistan have excelled in every field. They have made the country proud. Be it in the field of sports, arts, science, technology, education, and literature.

Pakistan has seen it all in these 75 years. From wars to the separation of East Pakistan to terrorism and finally winning against it, the state has survived. It has overcome all the hurdles.

This major chunk of society understands the problems Pakistan is facing, is cooperative, respects others’ rights, performs its duties and is always ready to serve Pakistan. But is in a state of confusion about how to play its part. It can play a great role if it starts to do its bit in its capacity.

And after 75 years, the people of Pakistan and the world expect Pakistan to stand up on its feet. It can no longer be termed as a state in its infancy as the time has come to stand tall and solve all its problems.

Political instability is the root cause of all the problems. 75 years have passed but still, the dream of political stability remains a dream.

There are numerous reasons for the current crisis in the country but the most important is that no one has been held responsible for political instability in the country. The governments have kept on changing, the people have kept on selecting parties on their wishes rather than performance, the non-democratic forces have intervened and the family dynasties have ruled. But no one is ready to take the blame.

To survive, Pakistan needs political stability. And for that purpose, both the politicians and voters have to play their part.

Pakistan’s education budget is one of the lowest in the world and Asia. Every year there is much debate around the allocation of a reasonable budget for education. But, it can no longer continue in the same way. Given the problems the education sector is facing, it is high time Pakistan starts spending enough money on education to make sure no one is left behind.

Pakistan is a water-scarce country. And the country is running out of time. The whole country may face water scarcity by 2025. But, water governance and management remains an elusive dream. Low productivity of high water-consuming crops, waste of fresh water and lack of dams, and poor water management at the domestic level is making things worse for the country. Pakistan needs to find the solution quickly as climate change is speeding up the process. Pakistan is among the 10 countries that are most vulnerable to climate change. Climate change will have adverse effects on water resources in Pakistan.

Pakistan at 75 needs to find answers to the question of gender inequality. Pakistan ranks second-last in terms of gender equality. For a country with 107 million women, this has to change as the people of the state follow a religion that has granted enormous rights to women 1400 years back and the constitution that allows for equal rights and privileges for women.

As a result, they create a generation that may be able to speak English fluently and is foreign qualified but is not inclined towards Pakistani culture and see it as a poor and secondary culture that is for mediocre Pakistanis.

Similarly, there is a section of society that is confused between Islamic and modern education. There is absolutely no harm in getting both but for them preferring Islamic education over others is better. In this way, they are preventing their children from more opportunities.

Then there is a faction of society that has a colonial mentality. It may be living in a free Pakistan but is confined in the cages of negativity and pessimism and is a liability rather than an asset to the country.

Then there exist people who create an atmosphere of hate and insecurity. They try to spread social, political, religious, and cultural hate and disturb the social fabric of the country.

And, lastly, there is a large section of society. This major chunk of society understands the problems Pakistan is facing, is cooperative, respects others’ rights, performs its duties and is always ready to serve Pakistan. But is in a state of confusion about how to play its part. It can play a great role if it starts to do its bit in its capacity.

Pakistan and its people have passed the initial test and now the time has come to find solutions to the persisting problems. And things will start to change when every individual will play their part.