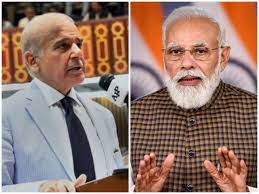 ISLAMABAD: Prime Minister Shehbaz Sharif is expected to have official and scheduled meetings with the heads of major countries, including his Indian counterpart Narendra Modi, by the middle of next month, according to diplomatic sources.

The meetings will take place during the Shanghai Cooperation Organisation (SCO) summit scheduled to be held on September 15 and 16 in Samarkand, Uzbekistan, the historical and cultural centre of Muslims.

The other regional leaders expected to meet PM Shehbaz Sharif include country heads of China, Russia and Iran.

Diplomatic sources in the federal capital confirmed that Foreign Minister Bilawal Bhutto Zardari attended a meeting of the SCO FMs on July 28, where it was reflected in the decisions that all the heads of the member countries will participate in the summit meeting of the organisation in personal capacity.

“There are no plans of any meetings between Indian and Pakistani prime ministers in September,” Bilawal told WION News, adding that both India and Pakistan are part of the SCO and the two countries are only engaged in the context of the broad-based activities of the organisation.

The foreign minister said: “India is our neighbouring country. While one can decide on a lot of things, one cannot choose its neighbours, therefore, we should get used to living with them.”

Bilawal recalled that after 2019, constructive dialogue with India became difficult, while statements based on Islamophobia by Indian officials are further creating hurdles in dialogue.

World needs to look at Pakistan as a promising emerging market: Bilawal.

Experts urge caution over biotech that can wipe out insect pests

December 10, 2022
PARIS: Dozens of scientists, experts and campaigners called for a ban on the release of genetically-edited organisms into the wild, in a statement Friday...