How this sardar makes a difference 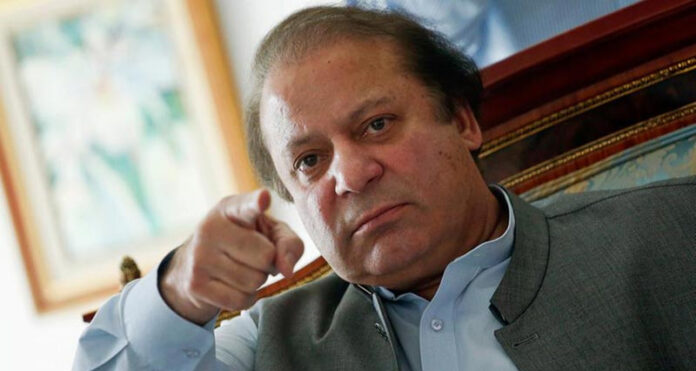 During the recent PDM (Pakistan Democratic Movement) Jalsa an interesting question was raised.  Can the Sardar (leader) of Thieves be honest himself? Coming from a PML(N) leader, it makes some sense. Mian Nawaz Sharif of Gowalmandi was launched by the third usurper General Ziaul Haq, to lead a gang of political bounty hunters to derail the democratic order.

It was a perfect example of ‘the blind leading the blind’ or ‘Choron Ka Sardar Chor‘ (The Leader of thieves wou;d be athief), or even better explained by the saying ‘Birds of a feather flock together’. The PML(Nawaz) was an extension of the earlier sarkari outfit launched by the first dictator General Ayub Khan called THE PML (Convention).

The Muslim League House on Davis road was the launching PAD, which is now being controlled by the PML-Q under the leadership of the famous ‘chor sepoy’ gang of Gujrat. These establishment-founded parties were founded for vested purposes through compromised individuals. Imandari or honesty of purpose is not their forte. There were very few exceptions with Ghulam Haider Wyne being one of them. He resided there as he had no other place to live before he moved to the Chief Minister’s House in GOR down the road.

A few months back I happened to be in the Prime Minister Secretariat. While I was waiting for a meeting, the Principal Secretary to the SAPM for Mining and Natural Resources mentioned that he had worked with Chaudhry Nisar Ali Khan when he was the minister in the Nawaz Cabinet. Out of curiosity I asked him about the abilities of his former boss in doing file work. He heaped praise on Chaudhry Sahib and was impressed by his honesty and integrity. In surprise I posed a question to him, “How did he manage to work with the Mukmuka‘ leaders on top of him?” I got an evasive answer, ” One has to compromise to survive.” Yes, for able and honest individuals to survive in a corrupt-to-the-core system is not easy.  Wyne Sahib lost his life for doing the dirty work of his bosses while Chaudhry Sahib was eventually sidetracked and remains in political wilderness till today.

In April 1996, Imran Khan launched his movement under the banner of Pakistan Tehreek-e-Insaf (PTI) as a clean option in the murky politics. In the 1970s, Bhutto had launched his party with a promise to bring change. He was not taken seriously by the entrenched gang of Chors (thieves). A fresh start was made, ‘Clean Comrades’ joined in hoards. He won big in the Western Wing with the help of these ‘Newcomers’ who had solid credentials of serving, not exploiting the people. In the next electoral contest in 1977, Bhutto dumped his ‘Ideologue Companions’ and replaced them by the same old Chors that he had earlier defeated in the 1970 electoral contest. When the crunch came, he found himself alone, and there was no one there to fight for him. The rest is history as they say.

By contrast IK had a much longer struggle. The PTI remained clean till the massive show of strength in the October 2011 Minar-e-Pakistan Jalsa at Lahore. The same old ‘Chors‘ now with the new brand name of ‘electables’ joined in droves. With the lure of power, IK allowed them to control the party, pushing the ‘Comrades’ to one side. The manipulation started with the intra-party elections. Comrade Ahsan Rashid, one of the founding members of the party, was made to lose the contest for the coveted position of President of Punjab, while Dr Arif Alvi, a party old guard was ousted from the pivotal position of Secretary General. While Bhutto came into power without the Chors‘, IK did not. Now he is the Imandar Sardar of the Chors who surround him.

IK’s personal honesty and integrity remains aboveboard. Despite persistent efforts to uncover wrongdoings by him, the opposition has badly failed. Even his well-respected father, Ikramullah Niazi Sahib, a foreign qualified Civil Engineer has not been spared. Niazi Sahib resigned from his position of Superintending Engineer due to differences with the then Governor Amir Muhammad Khan of Kalabagh. Then his sister Aleema Khan, a businesswoman, is usually mentioned while the Sharif brothers claim complete disconnect from the corrupt business practices of their children. Dr Kenneth Blanchard the famous author who wrote the book The One Minute Manager also penned a very interesting booklet, The Power of Ethical Management which is worth reading.  While there is no defense for the Chors, if honest the Sardar is a force to be reckoned with.

General Zia, after deposing Bhutto, announced national elections in 1977, hoping for his political demise, but he was baffled by the receptions he got all over the country.  He then decided to go after him. As there were no cases of corruption against him, he had to be framed. The judiciary was used for his political murder together with the support of the ‘ Political Chors‘ who now claim to be crusaders of democracy. Bhutto, Benazir and Muhammad Khan Junejo are in a different league who should not be bracketed with political bounty hunters like the Sharifs of Gowalmandi and the Chaudhrys of Gujrat whose corruption dossiers are overflowing on the racks of the agencies.

Strength of character comes with Imandari (honesty) and never without it. While the Chors‘ will fade out, the Imandar Sardar‘ will live on to fight future battles for the much-needed course correction in the land of the pure whose purity has been taken away by the Chors, who have ruled over us in the past and some of whom even continue to do till today in their new guise. Though the task at hand is daunting but with honesty and grit it can be accomplished once the Chors have been weeded out of the arena. In the end truth will prevail and Pakistan will come out stronger together with its revived institutions.

Today most political parties are infested with Chors‘ but the clear difference being that while the ‘Sardars of Chors are also Chor’ the PTI is an exception where the ‘ Sardar is Imandar‘ which has created hope for the much-needed course correction.

Facebook
Twitter
Linkedin
WhatsApp
Email
Previous articleParticipation of women in the Maoist Naxalbari movement
Next articleRangers to be deployed in Punjab for two months following clashes with TLP: Rashid