The Naxalites challenge not just the Indian state, but its patriarchy too 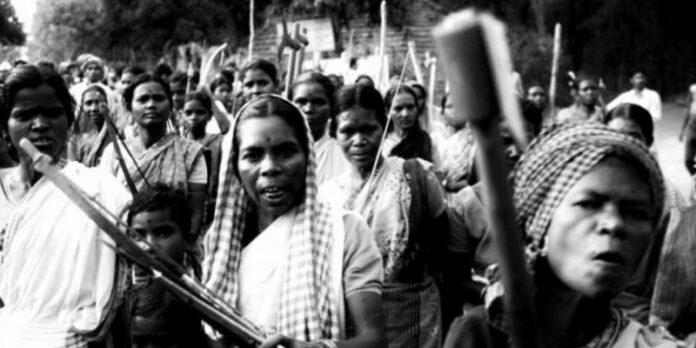 Every now and then, Indian newspapers flash news about Maoist insurgents, including women, being killed. They usually avoid mentioning how many soldiers were killed in encounters, whether fake or genuine.  Here is a glimpse of such news: A woman fighter, along with a male c-fighter, was killed in a clash with government forces in Odisha’s Malkagiri district last December.

Sometimes there are pitched battles between the Indian forces and the Maoists, including women. For instance, there was a head-on confrontation between a Maoist group and government forces of over 1500 troops, equipped with state-of-the-art weapons and helicopters, at the Bijapur-Sukma border. Without air power, the Maoists, armed only with machine guns, gunned down 22 soldiers belonging to the Central Reserve Police Force, the Commando Battalions for Resolute Action (Cobra), and the Bastariya Battalion of the Central Reserve Police.

The Maoist ideology ingrained the sense of empowerment in them. The Maoist manifesto teems with such words as “mahila sasahktikaran” (women’s empowerment), “raise their voices” (awash uthaunne), “get their voices represented” (mahilako awaj ko pratinidithyo) and “understand women’s grief” (mahila ko dukka bhujnne).

The Maoists introduced the so-called “prachanda path,” creating a women’s department in the Central Committee. In several cases, it is the women who slay the incorrigible feudal tyrants. The women realise that they are “agents of change” who have to fight out repression in all its manifestations.  The women have become politically aware that they have the right to make decisions about their marriages, children’s education, and other everyday gender needs

The Maoist struggle is commonly known as “the people’s war”. The “war” aims at abolishing the feudal system, and creating a democratic egalitarian society. The bulwark of the Maoists is rural population, lower castes and women. Women and men of all castes, classes, ethnic backgrounds and education levels joined the movement.

The Maoists have incorporated women’s emancipation in their ideological manifesto, actually a “40-point demand-document”. The gender equality is enshrined in points 19, 20 and 21, and points 19 and 20 are as follow:

“19. Patriarchal exploitation and discrimination against women should be stopped, girls should be allowed to access paternal property as their brothers.

The Maoist proved their heart-felt commitment to the manifesto by punishing rapists, wresting back the usurped land of single women, penalising men for polygamy, and prohibiting the sale of liquor as drunken men more often beat the women.  Jan adalats (“people’s courts”) ferociously uphold women’s rights on issues of social and domestic violence.

Women were given political or combat position on the basis of merit. Untouchability and gender discrimination has been abolished. The points 19, 20 and 21 of the Maoist manifesto relating to women stress the need to transform state and customary laws to redress gender inequality at all levels.

In 2002, in recognition of their female constituency, the Maoists introduced the so-called “prachanda path,” creating a women’s department in the Central Committee. In several cases, it is the women who slay the incorrigible feudal tyrants. The women realise that they are “agents of change” who have to fight out repression in all its manifestations.  The women have become politically aware that they have the right to make decisions about their marriages, children’s education, and other everyday gender needs.

Indian police admit it was the women fighters who were in the vanguard of a deadly attack in Chhattisgarh, where 24 people, including some top politicians, were killed.

Because of its liberal manifesto, the insurgency has spread to 11 states, with Chhattisgarh, Jharkhand, and Odisha as epicenters. It has become entrenched in all central and eastern Indian states, often referred to as the “Red Corridor.”

During searches, the Indian forces were surprised to learn that Gurkha soldiers who had retired from both British and Indian Armies harbour sympathy for the Maoists.

They trained the Maoists to use firearms efficiently. Some Maoists demonstrated their alacrity and military skills in planning bank robberies, and extorting ransom from rich businessmen. Besides arms and ammunition snatched from police stations, the Maoists are believed to have amassed over Rs 5 billion from bank heists. The general impression in people’s minds is that the Indian forces dare not pursue the Maoists in the forests. The insurgents pick up places where to ambush the security forces, and make off with booty with impunity.

Having failed to arrest the momentum of the movement, India organised a private army of Salwa Judum led by Mahendra Karma from among the villagers.  To boost their morale, they were given the honorary rank of “special police officers.”, and the government sponsored counter-militias and split tribes into those “for” and “against” Maoists. Those willing to fight the Maoists were offered guns, money and honorary police ranks.

The Maoists shot dead Mahendra Karma and several members of the ruling Indian National Congress whose brainchild the Salwa Judum was.  It later transpired that the salwa judum had been cobbled together with help of child soldiers recruited under duress or financial allurement. It was involved in gross human rights violations. When the People’s Union of Civil Liberties in India brought its atrocities to the Supreme Court’s notice, it declared it illegal in 2011.

Charu Mazumdar started the movement as a “revolutionary opposition” in 1965.  The world came to know of it in 1967 when the Beijing Radio reported “peasants’ armed struggle” at Naxalbari (Siliguri division of West Bengal). In July 1972, the police arrested Charu Mazumdar and tortured him to death on the night of July 27-28. The Naxalite ideology has great appeal for marginalized strata (particularly dalit and adivasis) of India’s caste-ridden society. The Naxalites Central Committee’s resolution (1980) visualises creating a base for spreading people’s democratic revolution. It would include : ‘Homogenous contiguous forested area around Bastar Division (since divided into Bastar, Dantewada and Kanker Districts of Chhatisgarh) and adjoining areas of Adilabad, Karimnagar, Khammam, East Godavari Districts of Andhra Pradesh, Chandrapur and Garchehiroli district of Maharastra, Balaghat districts of Madhya Pradesh, Malkagiri and Koraput districts of Orissa. The Naxalites want to carve out an independent zone extending from Nepal through Bihar and then to the Dandakarnaya region extending up to Tamil Nadu to give them access to the Bay of Bengal as well as the Indian Ocean.