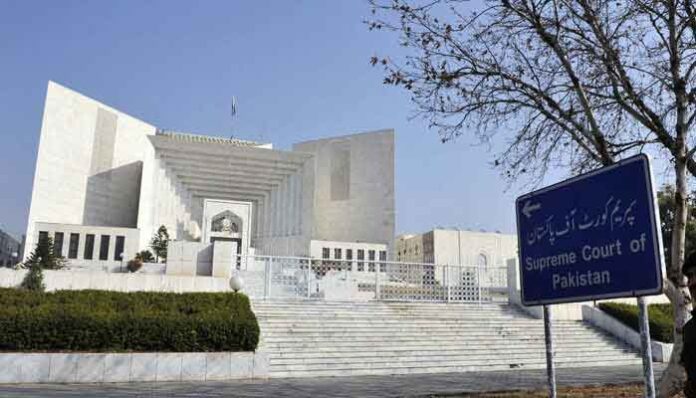 The Supreme Court (SC) on Tuesday declared that no case can be reviewed for a second time by the apex court under the Pakistani law, according to Geo News.

As per the media outlet, a three-member bench, headed by Justice Umar Ata Bandial, issued the ruling while hearing a review petition on the matter of a plot allotment.

During the hearing, Advocate Umar Aslam argued that the SC can allow a second, or even a third review of a case if required.

He further argued that the top court can set the precedent of a second review in cases which are mishandled, adding that no clause of the Constitution puts a bar on the court to review its judgment.

However, Justice Mansoor Ali Shah observed that there is no place for a curative review in Pakistani law. “A second review was never allowed in life imprisonment and death sentence cases. Are plot allotments more important than somebody’s life?” he asked.

Justice Mansoor said that the present case was decided in the absence of the prosecution, adding that if a lawyer fails to argue a case well, it is not the court’s fault.

“If any case is poorly handled and the Supreme Court starts conducting reviews, then there will be no end to litigation in the country,” Justice Mansoor added.

Justice Bandial said that the apex court may set aside its own orders, which could be a hurdle to human interest, but there is no room for a second review under the Constitution of Pakistan. The Supreme Court, in a matter of public interest, can consider its own judgment as null and void but a second review is not a valid option, he added.