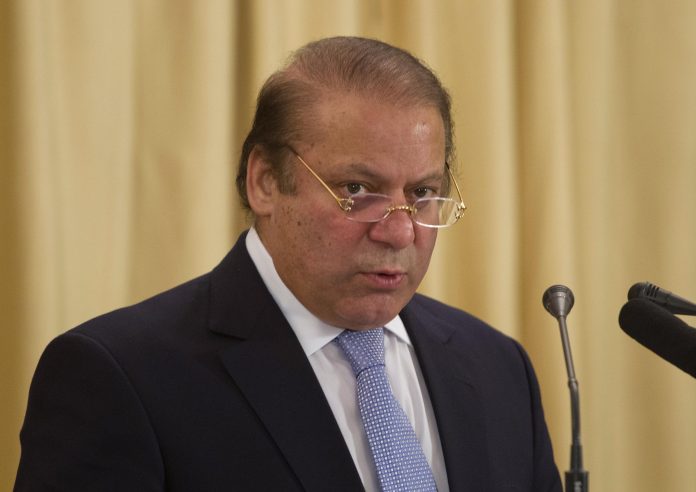 An informed source in the PML-N told Pakistan Today that Mian Nawaz Sharif has convened a party meeting of senior leaders in London with an objective to tighten grip over the party affairs and thwart the emerging differences between Maryam Nawaz and Shehbaz Sharif groups.

The source said that around 20 PML-N leaders have applied for British visas. Those who applied for visas include lawmakers, party ticket holders and office-bearers.

PML-N Spokeswoman Marriyum Aurangzeb chose neither to confirm nor contradict the information obtained by Pakistan Today. However, she remarked that Abbasi and Khwaja Asif were also on the no-fly list.

According to the party source, the PML-N President and Opposition Leader Shehbaz Sharif, Vice President Maryam Nawaz and Secretary-General Ahsan Iqbal have not applied for visas as they would be unable to travel to the United Kingdom due to their names placed in the Exit Control List.

The source said that the PML-N leadership is desperate to handle a new crisis brewing within the ranks of the party as, despite several efforts, the differences between Maryam Nawaz and Shehbaz Sharif groups could not be bridged.

The situation, however, aggravated after the issuance of a show-cause notice to senior leader Mian Javed Latif who has vowed to respond to the notice with full details.

PML-N SG Ahsan Iqbal has issued a show-cause notice to Javed Latif asking him why he had castigated remarks against party president Shahbaz Sharif and Khwaja Mohammad Asif.

The notice said that a clarification should be made within 7 days as to why disciplinary action should not be taken against Mian Javed Latif.

The sources said Latif would further say that he could even tender resignation if Nawaz Sharif would ask him to do so.

It may be recalled that after the interview of Javed Latif three days ago, differences between the Sharif brothers were exposed to the public. Javed Latif in a TV interview had blamed Shahbaz Sharif for trying to work for reconciliation with the establishment. He had referred to Khwaja Asif to promote the politics of personalities in PML-N.

Due to this interview, Shahbaz Sharif and Hamza Shahbaz got angry and both did not attend an important meeting of PML-N for the reorganisation of the party.

During the interview, Latif had said that some people in PML-N are working on assignments and these four or five people get assignments to distort the party’s statement.

“Whenever the movement reaches a decisive stage, one of the leaders gets up and says something new. These are the same people with assignments who talk about reconciliation,” Latif had said.

He refrained from naming these leaders and said that assignments are given to these leaders only by those who do not believe in the constitution and law.

Latif further said that when a senior politician damages its narrative, it is not possible without assignment and the assignees should learn a lesson from the fate of Chaudhry Nisar.

Latif also mentioned that when Nawaz Sharif decides, the party president will be in trouble. He claimed that Nawaz Sharif is returning to Pakistan to serve his jail term.