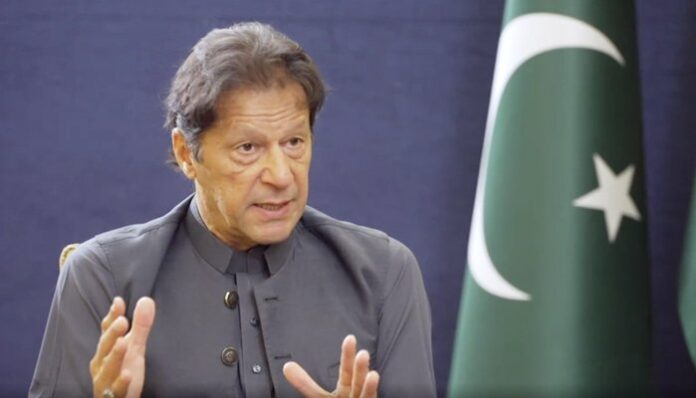 Prime Minister Imran Khan Tuesday once again cautioned that Afghanistan could descend into civil war if all factions were not included in an inclusive government.

In an interview with the BBC, the prime minister said “If they do not include all the factions, sooner or later they will gradually descend into a civil war”, adding that it would again impact Pakistan.

“That would mean an unstable, a chaotic Afghanistan and an ideal place for terrorists. That is a worry,” he observed.

The Taliban were ousted from power by US-led forces in 2001 for refusing to hand over al Qaeda leaders responsible for the September 11 attacks. The group returned to Kabul last month after US forces announced they were leaving and the US-backed government and military collapsed.

The prime minister further said that in case, there had been fighting on Afghan soil, it would lead to a humanitarian crises and refugees issue for Pakistan.

To a question, he replied after twenty years of civil war, the Taliban have come into power. It had been few months since they had been in power.

He, however, expressing his optimism said that Taliban leadership’s statements after coming into power had been very encouraging.

On recognising the Taliban government, the prime minister said the decision would be taken after consultations with other neighbouring states.

“All neighbours will get together and see how they progress […] whether to recognise them or not will be a collective decision,” the premier said.

PM Imran Khan called on the Taliban leadership to form an inclusive government, respect human rights, and ensure Afghanistan’s soil is not used to house terrorists that could be a threat to Pakistan’s security.

Responding to another query by the British broadcast host John Simpson regarding Afghan women’s rights, Prime Minister Khan said Afghan women were very strong; adding “give them some time and they will assert their rights.”

The Taliban administration in Afghanistan is working towards reopening high school education for girls, who were left out of a recent return to school for boys and younger girls, although a Taliban spokesman speaking on Tuesday gave no time frame for action.

The Taliban say they have changed since their 1996-2001 rule, when they barred women from leaving home without a male relative and shuttered schools for girls, but they stirred scepticism when they said last week that they would open schools for high school-aged boys but not girls.

“In the case of schools (for female students), the Ministry of Education is working hard to provide the ground for the education of high school girls as soon as possible, work is underway on the procedure, and it is hoped that this will be done, God willing,” Taliban spokesman Zabihullah Mujahid told reporters at a news conference in Kabul.