Bilawal wants to draw ISI’s attention to attacks on journalists 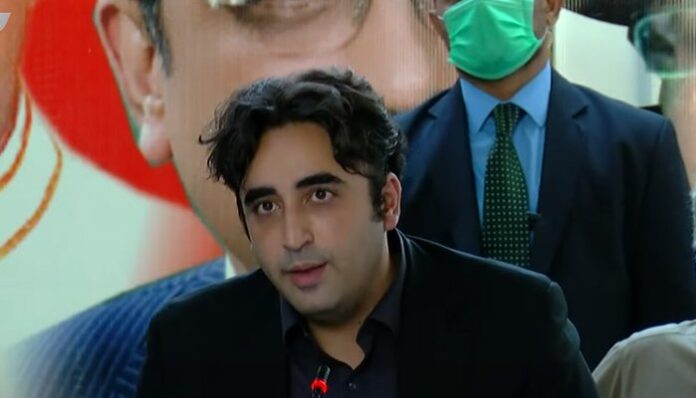 Pakistan People’s Party Chairperson Bilawal Bhutto-Zardari on Thursday said he would write a letter to Inter-Services Intelligence Director General Lt Gen Faiz Hameed to bring to his notice “how his institution is being defamed” through attacks on journalists, Dawn reported.

He made the comment during a meeting of the National Assembly’s Standing Committee on Human Rights which was also attended by several journalists including Absar Alam, Matiullah Jan, Hamid Mir, Asad Toor and Asma Shirazi.

Alam also tweeted the announcement later, saying: “In the backdrop of the attacks against journalists and the wave of fear and horror among Pakistanis, Bilawal Bhutto-Zardari will write a letter to DG ISI [Lt] Gen Faiz Hameed to make him aware of the seriousness of the situation and the damage caused to the respect of the institution.”

During the meeting of the committee, Bilawal, who is also its chairperson, also directed the interior ministry to submit a list of treason cases and cases registered under the Prevention of Electronic Crimes Act, 2016 against journalists, bloggers and vloggers so far.

A police official informed the committee that footage of the attack on Alam was sent to the National Database and Registration Authority but no progress had been made yet.

The official also said that the CCTV footage was “obtained through great difficulty” and it was blurred. A special investigation team had been formed to look into the incident, he added.

A similar statement was also made by the interior special secretary who told the committee he would brief them after receiving a response from NADRA.

Bilawal expressed concern at the attacks on journalists in the federal capital, saying embassies from all over the world were functioning in Islamabad.

“A negative message is sent to the whole world because of such incidents. The interior ministry should take this matter to its final conclusion,” the PPP chairperson said.

Members of the committee also expressed resentment at NADRA’s unresponsiveness, questioning what the institution was doing.

PTI MNA Ataullah, who is also part of the committee, pointed out that the footage was sent to Nadra two months ago but no report had been received yet. “Would it [NADRA] have taken this much time to report if an attack had happened on the interior minister or chairman NADRA?” he asked.

The interior special secretary objected to Ataullah’s question, saying it was “not appropriate to talk this way”. Thereafter, a war of words broke out between the MNA and the special secretary with both criticising the other. However, things calmed down after MNA Mohsin Dawar and another member intervened.

Bilawal asked the police officials present how many attacks against journalists had taken place in Islamabad so far and how many were properly investigated.

The officials responded that 50 attacks had been reported since 2018, 44 of which were of a personal nature. Of these 44 cases, challans of 20 had been submitted, five had been dismissed and 19 were under investigation, they added.

There were six high-profile attacks against journalists, they told the committee.

A briefing was also given on the Protection of Journalists and Media Professionals Bill, 2021, which was presented in the National Assembly last month by the secretary for human rights.

The bill would help in taking practical steps for the protection of journalists, the secretary added.

‘Talking to reporters after the meeting, Bilawal thanked all the journalists who had participated in the meeting but noted that “no satisfactory answers” were given by police and government officials.

“We are thankful that the secretary and police officials presented themselves here today and gave answers. Unfortunately, we’re not satisfied. The most attacks [on journalists] in Islamabad happened not in Ziaul Haq’s era, not in [Gen Pervez] Musharraf’s era but in Naya Pakistan. This is not only condemnable but is also a violation of the Constitution,” he said.

He shared that a sub-committee had been formed that would not only regularly engage with the journalists who had been attacked and pursue the cases but would also review the journalists’ protection bill.

“I expect that after this deliberation, we will get a more powerful bill which will be in your (journalists) favour.”

ISLAMABAD: The Canadian government has more than doubled the amount of donations it will match to help the people of Pakistan recover from disastrous...
Read more
NATIONAL

ISLAMABAD: The United States government has delivered an additional batch of eight million Pfizer Covid-19 pediatric vaccine doses to Pakistan. According to the US Embassy...
Read more
NATIONAL

Pakistan Tehreek-e- Insaaf (PTI) leader Fawad Chaudhry on Friday claimed that people know "where and how such audio clips are being created" as he...
Read more
NATIONAL

ISLAMABAD: The National Assembly on Friday passed two government bills and referred four bills as well as an ordinance to the relevant committees. The bills...
Read more
NATIONAL

SHIMSHAL, PAKISTAN: An Austrian mountaineer was killed and another injured after they were caught in an avalanche Thursday in northern Pakistan, according to police. They were...
Read more
- Advertisment -