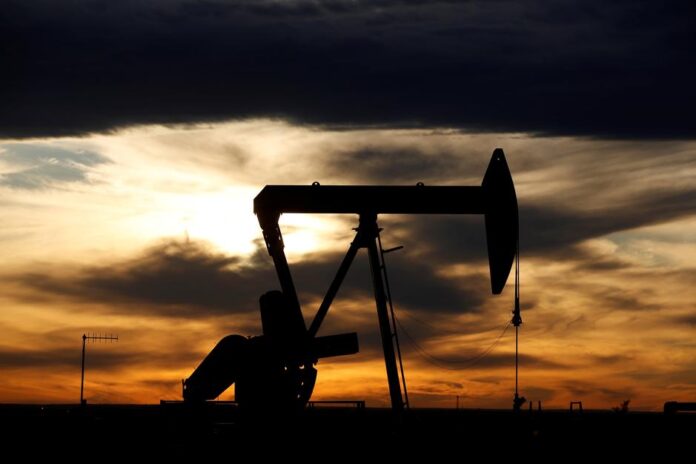 LONDON: Oil dropped towards $50 a barrel on Tuesday, adding to losses from the previous session, as a mutant variant of the coronavirus in Britain revived concerns over demand recovery.

Detection of the new variant prompted several countries to close their borders to Britain. The BBC cited France’s Europe Minister as saying that the two countries would announce a deal to restart freight by Wednesday.

Both benchmarks slid nearly 3pc on Monday, partly erasing recent gains driven by the rollout of COVID-19 vaccines, seen as key to allowing a return to normal life.

“In the battle between immediate negative concerns and future optimism, the former is now fighting back,” said Tamas Varga of oil broker PVM.

The latest rally culminated in Brent hitting $52.48, its highest since March, on Friday. Some see potential for prices to fall further.

“The environment remains decidedly risk-averse,” said Jeffrey Halley of brokerage OANDA. “Given the scale of oil’s two-month rally, a deeper correction cannot be ruled out.”

Oil gained support from US Congress approval of a $892 billion coronavirus aid package after months of inaction.

In focus will be the latest US oil inventory reports, expected to show crude stocks fell by 3.3 million barrels. The American Petroleum Institute’s report is due at 2130 GMT.

The Organization of the Petroleum Exporting Countries and allies, a group known as OPEC+, are set to boost output by 500,000 barrels per day in January. There is no sign yet of any wavering induced by the price drop.

Russian Deputy Prime Minister Alexander Novak on Monday said the rise in output should not result in a glut.