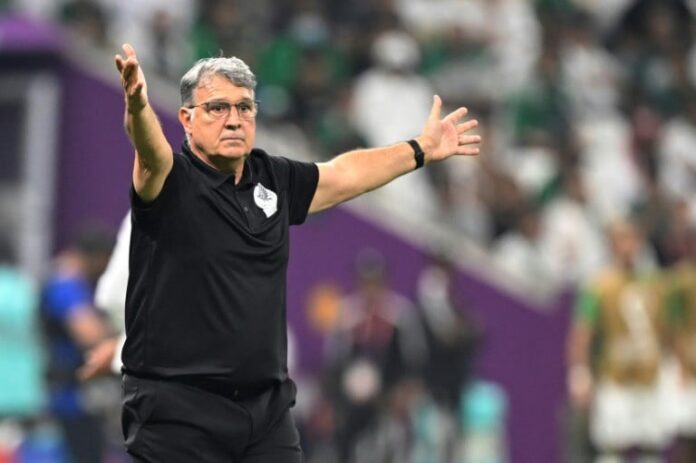 DOHA: Mexico coach Gerardo ‘Tata’ Martino was fired immediately after World Cup exit. Following the match, Mexican coach Martino said his team’s group-stage exit at the World Cup was a “huge failure” as they missed out on a place in the last 16 on goal difference.

Goals from Henry Martin and Luis Chavez in the second half gave Mexico a 2-1 win over Saudi Arabia, who pulled a goal back late on through captain Salem Al-Dawsari.

But the result wasn’t enough to send Mexico into the knockout stage despite Poland’s 2-0 loss to Argentina as they finished third in Group C.

The defeat marked Mexico’s earliest exit from a World Cup finals since the team failed to go past the group stage in 1978.

“I am the main one responsible for this frustration we have and this disappointment,” said Martino, whose contract is due to expire.

“It’s a great sadness and I assume responsibility for this huge failure.”

Mexico had failed to win either of their first two World Cup group games for the first time since 1978, but Martino said they still could have gone through.

“I don’t think we were knocked out in the previous matches, but today,” he said.

At one point Mexico faced elimination on FIFA’s fair play rules, having picked up more yellow cards than Poland, and desperately searched for a third goal.

“That’s why we went for it. We knew Poland had fewer yellow cards and it was necessary in that moment because of the other result,” said Martino.

“Unless many players were booked the results meant we were still out.”

Coach Herve Renard admitted his side were outclassed by Mexico as Saudi Arabia’s campaign came to an end despite a shock opening win over Argentina.

“The World Cup level is very high, in our group we had three very, very good teams,” he said.

“Mexico this evening were much better than us.”

The Saudis would have made the last 16 for only the second time had they beaten Mexico.

“In the history of Saudi Arabian football only once have they reached the second round. It was a long time ago, in 1994,” said Renard.

“Before this game we were dreaming to do it again. With the game we did today we didn’t deserve to go to the second round.

“We did our best. Today it was more difficult for us but we don’t have to forget what we did together. I will always protect the players, I’m proud of their World Cup.”

January 27, 2023
GWADAR: Model Customs Collectorate Gwadar has collected Rs7 billion in the form of customs duty during July-January (2022-23) as compared to the assigned target...