The past is another country 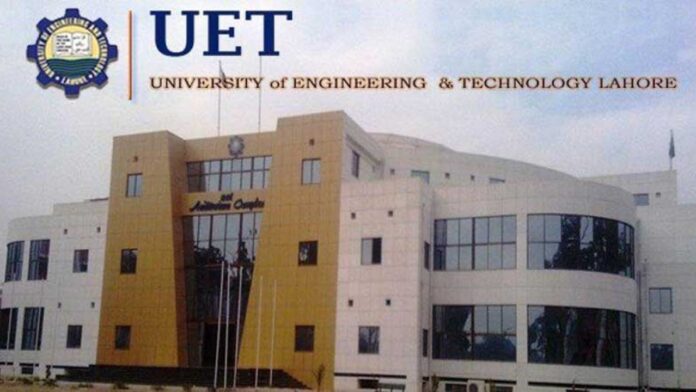 It was the back steps of the ‘old Mechanical’ block in UET Lahore where the Bhatti Group came into being, quite inadvertently, almost thirty years ago. On the very first day of the 93-session, five mechanical engineering freshmen found themselves sitting on those steps, not knowing what to do during the break between classes. I happened to be one of them. We seemed to have little in common, barring from the fact that we all belonged to the top fifth of Mech-D in terms of merit. Little did any of us know that the association formed that day was destined to last till graduation and beyond. The group was named after the oldest member, although it is not known who first referred to the group that way and when. Although no other member belonged to the Bhatti clan, nobody – Javed, Zafar, Tahir or I – in the slightest degree objected to being elevated to the status of honorary Bhatti.

That day, many other freshmen were around too, each looking to find his footing in the unfamiliar environment. The first nicknames were dispensed on that day, some of which stuck. I had alluded to an individual with a peculiar hairdo as ‘Puff’, and that is how he was always referred to thereafter. We later found out that his parents had lovingly named him Imran. There was Sajjad, a live-wire if ever there was one, who immediately distinguished himself on account of using choice Punjabi swearwords in every sentence he uttered. I suggested an appropriate, albeit unpublishable, sobriquet for him too, which became extremely popular. (It would be years before somebody pointed in my general direction and told him about the origin of his nickname. To my relief, he displayed no signs of anger or resentment, merely letting go of a long stream of expletives as only he could.) The UET memories are getting fonder by the year.

It had not been the most auspicious of starts though: a freshman had been manhandled by a senior student in full view of terrified newcomers before they had attended their inaugural class. Totally unnecessarily, as we were to discover, because the ‘senior’ merely wanted to know the batch the group of students belonged to (for the benefit of another newcomer), a query the victim had misunderstood to be the prelude to a ragging session. This had prompted him to panic and react rather ill-advisedly.

As it turned out, the poor guy was from a different section so I never got to know him well. He was an unusually innocent boy; for a full year later, amid rumours that our first annual exams were going to be boycotted, he had brought his mother along, presumably to stop the disruptive elements dead in their tracks. I wonder where he is now, and whether he has retained that innocence.

When it was my turn to put my handiwork to test, there was an almighty explosion. We all found it rather amusing but the shop supervisor was none too pleased. It was probably a sign from Providence that I was not cut out for manual work, and that my talents lay on the intellectual front instead. At any rate that was what I inferred. Events of the intervening years have since validated this judgment many times over.

Ragging was rampant, especially during the first couple of weeks –in classes, buses, campus grounds and hostels. There was not much one could do when the gang descended. Some managed to get off relatively lightly, but it was purely a matter of luck. On different occasions, I remember being ordered by the gang to propose to an imaginary girl, kiss a tree, and imitate Malcolm Marshall’s bowling action – homoeopathic stuff, really. That I was a day scholar had helped matters.

But some of my mates, who were boarders, had had a hard time, and were firmly resolved to take it out on subsequent years’ freshmen. In our second year, I remember being urgently summoned by a classmate to his hostel room to witness what was described as ‘a quite spectacular scene’. I had been duly warned but nothing could have prepared me for the spectacle in store for me. For what did I see upon entering his dorm but a safety-helmet wearing freshman in the cock (murgha) position, perched precariously atop a man-sized cupboard! How he was crooning a Vital Signs number in that condition, I will never know.

It was a time-honoured UET tradition that at least seven advisors or coadjutors accompanied an individual if he had to buy as much as a belt or a pair of socks. The UET transport department was considerate enough to conduct ‘routes’ to Anarkali and the Fortress Stadium every evening for the benefit of in-livers and those out-livers who chose to stay back late. A hallmark of these ‘routes’ was that the roofs of the buses were occupied and buzzing with activity while their interiors were completely devoid of passengers.

In our inaugural week on the campus, an instructor (let us refer to him as AK) reassured us that it would be next to impossible for us to fail his subject. He explained that availing of the ‘route’ facility two or three times a week probably would not suffice, and that one would need to visit Anarkali or ‘Fortress’ every day of the week without fail to stand a chance to flunk his subject. Many students took these glad tidings to heart; while some decided to accept the challenge. One individual (I think his given name was Faisal) took it so seriously that he was forever afterwards referred to as the ‘Router’. I wonder what he is up to these days.

A particularly harrowing ordeal, starting from the very first week at the university, manifested in the form of the Workshop Technology class. It involved a great deal of drudgery on the part of unsuspecting students, which bordered on forced-labour in case of the Foundry and the Machining Shop. There were five shops in all, which the student-batches attended in parallel. Due to the proximity of their roll numbers, the Bhatti Group members always operated in the same shop. In the Electrical Shop, one of the tasks was performing the ‘staircase’ wiring. One by one, my fellows successfully tested their circuits by alternately toggling the two switches.

When it was my turn to put my handiwork to test, there was an almighty explosion. We all found it rather amusing but the shop supervisor was none too pleased. It was probably a sign from Providence that I was not cut out for manual work, and that my talents lay on the intellectual front instead. At any rate that was what I inferred. Events of the intervening years have since validated this judgment many times over.