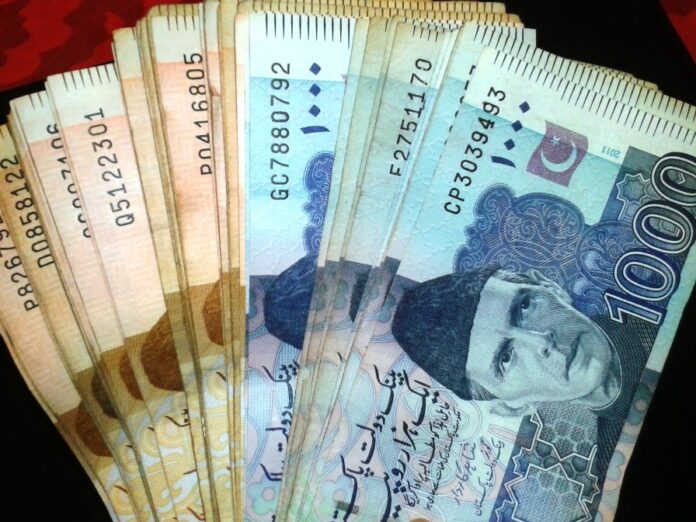 Two major economic developments appear unrelated, but will not work without the other. The first is the resignation of Finance Minister Miftah Ismail so that he can be replaced by Ishaq Dar, expected to return soon, and the second is the debt swap proposal at the UN by Prime Minister Shehbaz Sharif. It is possible to see the two as linked.

The return of Ishaq Dar is meant to solve two problems. The first is that it will be a sort of test balloon for the real return the PML(N) wants, that of Mian Nawaz Sharif. It is not just Mian Nawaz who needs to come back, but the party also wants him back, mainly because it needs him to lead the party’s campaign in the general election,which will have to be held next year.

The PML(N) is thus obliged to go for the gamble of switching horses in midstream. The nation as a whole cannot afford but to wish it well, because if Ishaq Dar fails, the entire PDM has no alternative. And to be fair, nor does Imran Khan

While it is reasonably clear that Mian Nawaz’s utility is that of a vote-getter, as  no one expects MianShehbaz to win as PM, not on his present performance. The PML(N) has done its best to blame the PTI for the country’s economic woes. This is not entirely untrue, but the electorate seems to blame the PDM government for the woes it is facing, in terms of inflation and unemployment. The floods have not helped. Mian Shehbaz is not really going to be a vote-winner in the next election. So far, his electoral wins (in 1999 and 2013) in Punjab have been on his brother’s coat-tails, and he lost his last election as Punjab CM in 2018.

The only achievement he and Fifth can claim is that they restored the IMF programme. That meant reversing the PTI government’s policy of subsidizing fuel prices, and they did it. However, that meant accepting the transfer of the political cost from the PTIto the PML(N). However, rising inflation and the depreciating rupee (which will have its own inflationary effects) mean that the PTI is now calling the PDM coalition government’s economic performance inept. The PML(N)’s only reply is that this is the pot calling the kettle black, not to argue that it is actually doing well.

One of Dar’s functions is to reverse this, to bring the economy back under control, and thus to restore the PML(N)’s electoral viability. How exactly he proposes to correct the economy is not known.

The problem he faces is that beasts are not easily controlled. Once inflation sets in, it may not be easily brought under control. The methods used by Dar in his previous stint at Finance will not be available this time, at least not while remaining within the IMF programme, of borrowing commercially, and then using that money to prop up the rupee. The reserves simply are not enough for any such exercise.  The market scare about Pakistani paper has also made it difficult to try this option.

That scare was caused by the rumour of a Pakistani default sparked by a policy paper saying Pakistan should ask for debt relief so as  to be able to afford post-flood rehabilitation. The scare was only ended when Pakistan clarified that it only wanted debt relief on bilateral loans, not on commercial paper and Sukuk bonds.

Such relief from the Paris Club was only made available after 9/11, when the loan rescheduling was part of the price of Pakistani cooperation against the Taliban. While that gets thew borrower off the hook for the time being, and the danger of a Pakistani default was averted, it did not prove the way the country could wean itself off the vicious cycle it faces, where it borrows to keep up its payments.Mian Shehbaz’s call for debt swaps is a better effort than simply asking for rescheduling. However, it goes one step further, and asks for a writeoff.

Under this arrangement, the debtor country still has to make the debt servicing payment, only it makes it on an agreed objective, usually some form of development, and the country owed the payment writes off the debt. One problem is that it does mean the creditor country can dictate what the debtor spends on, but the spending is on development. It also allows the debtor to refrain from obtaining foreign exchange for the repayment.

In Pakistan’s case, if it was allowed, would the debt swap money go into prevention or rehabilitation? The former is important because this year’s floods are by no means a one-off. There are going to be an increased frequency and it is likely that intensity will worsen. So far, no debt swap is on offer. Creditors are not sure that there is any nobler motive for getting out of the debt trap than to borrow once again. Borrowing does not go directly into anyone’s pockets.

Of course, parking a large sum of money in someone’s account would mean a sum in interest making an individual rich. Then development loans mean kickbacks when contracts are awarded, whether at home or abroad. Swap money would finance projects, which would mean some politician, some bureaucrat, would be skimming something off the top.

Debt swaps, or some other form of debt relief, would be a feather in the cap of Ishaq Dar if it came off, though there seems no reason for a relief on the scale of 9/11. Is the nuclear programme supposed to be surrendered? Is Israel to be recognized? Is China to be abandoned? Is Indian hegemony to be accepted?

Is the price settled or still to be negotiated? The fact that Dar has not been held back shows that the PML(N) is running scared. Miftah has done all the heavy lifting, Shehbaz faced the obloquy. Now that the time has come for them to reap  the highly uncertain rewards of a recovering economy, Ishaq Dar is arriving, instead of being held back for the general election, much as Mian Nawaz is (If and when he returns, he will not be PM). The PML(N) feels the economy is unravelling, and needs fixing. Imran has once again floated  the idea of overseas Pakistanis  getting Pakistan out of debt, but that seems to be electoral rhetoric rather than a serious proposition. After all, he proposed it in 2018, and had enough time to implement, with results that all can see.

There is another factor: national independence, which Imran has evoked so strongly. The PDM has failed to do so. It has partially countered this with the narrative of Imran’s incompetence, but it has hardly been a paragon of good management itself. It may have excuses aplenty, but people have been taught to vote with their pocketbooks. The PML(N) is thus finding itself forced to bring in Dar, in the hope that it can improve the country’s economic performance to the point it can go into the next election with something of a chance. It should not forget that Imran has covered his mismanagement of the economy by playing the American conspiracy card, and not only has it not produced any counter-narrative to show how independent it is, but it has also not got much to show on the economy.

The PML(N) is thus obliged to go for the gamble of switching horses in midstream. The nation as a whole cannot afford but to wish it well, because if Ishaq Dar fails, the entire PDM has no alternative. And to be fair, nor does Imran Khan.