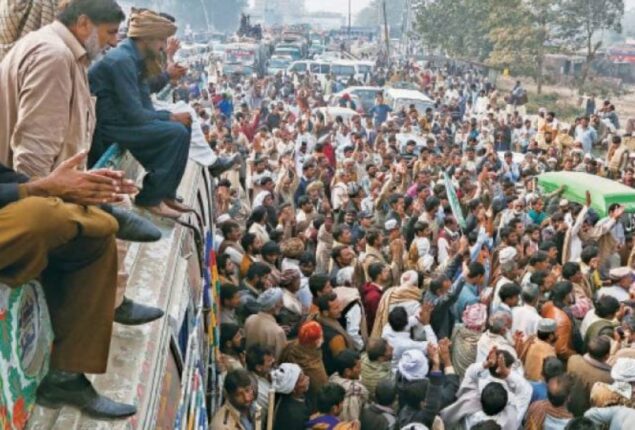 ISLAMABAD: Federal Interior Minister Rana Sanaullah on Thursday assured leaders of the Pakistan Kissan Ittehad that the government would resolve their issues.

In a meeting with Rana Sanaullah here late Thursday night, the Kissan Ittehad leaders presented their demands to the minister, including the postponement of electricity bills and that power tariffs should be reviewed.

“Expensive electricity is badly affecting the agriculture sector,” they said asking the minister to take talks with them seriously.

The Minister assured leaders of the Pakistan Kissan Ittehad that the government would resolve their issues.

“The government had promised to hold a meeting on September 28 with us. However, it has not given any timeframe yet,” he said adding that the caravans would directly reach D-Chowk in Islamabad.

He said they would not call off the protest until the government would accept their demands.

Facebook
Twitter
Linkedin
WhatsApp
Email
Previous articleWorkplace Harassment Act And the The Awareness Dilemma
Next articleSwapping the man or the money?

ISLAMABAD: As part of its ongoing commitment to equip Pakistani youth with the high-demand skills needed for jobs of the future, Higher Education Commission...
Read more
- Advertisment -