The law is there, but social aboos and ignorance come in the way 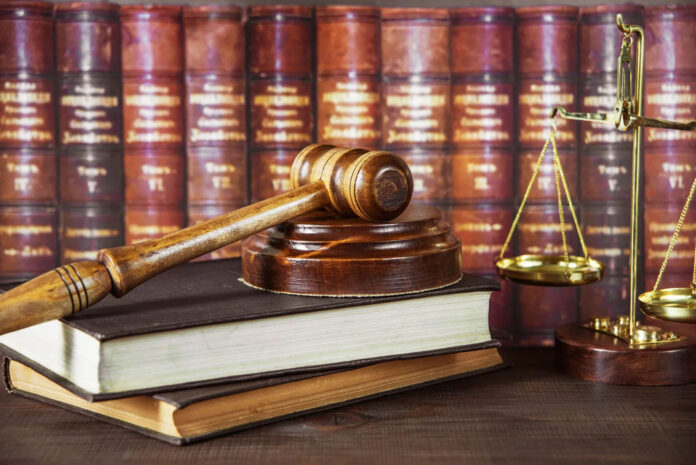 Such international legal instruments should be incorporated in domestic laws of a signatory country. In fact, the domestic laws of a signatory country are framed under the umbrella of its international legal commitments. However, Pakistan lags behind achieving its international commitments especially regarding human rights because people do not have awareness about the relevant laws and remedies they can avail. Employees and students in public and private organizations are reluctant to raise a voice in harassment cases. That is why the legal gap has been filled with implementation of Protection against Harassment of Women at Workplace Act, 2010 with quick remedies and justice.

Governments should take strict actions to force public and private organizations regarding compliance of the Section 11 (2) for public awareness. Students, parents, and employees should be given awareness about this act so that they could stand up against violation of their rights

Being subjugated segments of our society, the women and transgender communities have been enmeshed in numerous challenges. Workplace harassment of students and employees is one of the most existential challenges. Male teachers in colleges and universities harass students to give them good marks. They misuse their authority to satisfy their sexual pleasure. These are the stories of every higher educational institution.

Consequently, parents have severe concerns over the reputation and bad character of teachers, and they are always reluctant to send their females for higher education. The most problematic aspect is that parents as well as students do not have an awareness about the legal remedies which can be used to expose such black sheep. Federal and provincial governments have enforced strict laws in the shape of Protection against Harassment of Women at Workplace Act 2010 following its international commitment to protect the rights of all sexes. However, parents and students are not much aware of the act, or the process of lodging complaints, and availing other legal remedies.

The prolonged problem of definition has been addressed beautifully in Protection against Harassment of Women at Workplace Act, 2010. It defines the word “harassment” very precisely and comprehensively. According to the section 2 (h) (i) of Protection against Harassment of Women at Workplace 2010, “any unwelcome sexual advance, request for sexual favours, stalking or cyber stalking or other verbal, visual or written communication or physical conduct of a sexual nature or sexually demeaning attitudes, including any gestures or expression conveying derogatory connotation causing interference with work performance or creating an intimidating, hostile or effective work environment or the attempt to punish the complainant for refusal to comply to such a request or is made a condition for employment”. Furthermore, according to the section 2 (h) (ii) of Protection against Harassment of Women at Workplace 2010, “discrimination on basis of gender, which may or may not be sexual in nature, but which may embody a discriminatory and prejudicial mind-set or notion, resulting in discriminatory behavior on the basis of gender against the complainant”.

Socially constructed phenomena under cultural relativistic values are endangering women’s rights at large. People are more committed to societal norms and values regarding females. Family members of harassment victim avoid reporting such cases of sexual assault or harassment because it is perceived as source of shame and disrespect. Even, if the harassment of a girl is reported, there would be severe questions she and her family have to face from society about the character of the girl. Even, there would be severe hurdles in the marriage of such a girl because she would be given the tag of “bad character” without any logical footing. That is why; thousands of harassment cases go unreported because of cultural pressure.

Unfortunately, we inherited socially constructed values which are full of hypocrisy and dual standards. If any elder person of a family, especially male, commits such harassment or something bad for others, women or younger children would be instructed to hide such happenings because of family honour. The internal resistance within a family is curbed by elders in the name of respect or honour of the family. Elders while guiding youngsters about values of family indoctrinate “subordination” and “defence” of misadventures of elders. They teach that youngsters are supposed to protect the immoral and bad steps of elders in life because it is a matter of family reputation.

If a woman commits something immoral, her life is made miserable. However, when a male of a family commits the same immorality, he is left free by stating that he is a boy and will learn eventually as such acts are done at the age of immaturity. So, these are our dualistic moral standards which lead to indoctrination, stopping critical thinking in the young for generations, and preparing the mindset of the next generation to transfer the outdated, illogical, futile and dual standards of morality.

So, the circle will continue as generations will continue to pass on such dualistic values. Consequently, such a cycle paves the way of subjugation, unreported harassment, and silence on immoral and illegal acts. Even, our family patterns are major barriers in the implementation of Protection against Harassment of Women at Workplace Act, 2010 in  its true spirit.

According to Section 11(2) of Protection against Harassment of Women at Workplace Act, 2010, “the management shall display copies of the Code in English as well as in language understood by the majority of employees at conspicuous place at the organization and the workplace within six months of the commencement of this act”.

Governments should take strict actions to force public and private organizations regarding compliance of the Section 11 (2) for public awareness. Students, parents, and employees should be given awareness about this act so that they could stand up against violation of their rights.

Chinese women are reportedly being targeted in a new wave of gambling-related kidnappings in the Philippines, alarming Beijing's diplomats in Manila and the local...
Read more

December 9, 2022
ISLAMABAD: The government is likely to remove Aamir Khan, Chairman Securities Exchange Commission of Pakistan (SECP) while Akif Saeed is expected to be the...