Social media and politics in Pakistan

A major influence on peoples’ opinions 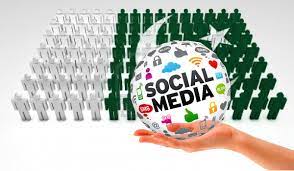 Social media has spearheaded the communication of information faster and easier throughout the world. Various platforms such as Instagram, Facebook, Twitter, Snap Chat and LinkedIn etc. have now become an integral part of our lives. Among its impacts, social media has also emerged as an influential tool in political affairs given its ability to amplify messages quickly through the above-stated digital platforms. The recent events in Pakistan are a glaring example of this reality. The country’s political arena has been turbulent for the past few weeks, where surprisingly new developments have taken place in a relatively short time. The increasing use of social media platforms also extended to political deliberations and a spontaneous outpouring of emotions on various platforms.

Like other countries worldwide, Pakistan has also witnessed a growth in social media users over time. At the start of 2022, internet penetration in Pakistan stood at 36.5% of the total population, i.e. 82.90 million internet users with 71.70 million active social media users.  In the ranking of digital apps in Pakistan, YouTube is on top with 71.70 million users, followed by Facebook with 43.55 million users. Twitter users are comparatively less at 3.40 million users, i.e., 1.5% of the total population. However, if the level of Twitter engagement, analysed over the past few weeks, a notable spike was observed in March amidst the unfolding of various political events. It is pertinent to mention that Twitter is more relevant in political terms as nearly every key person in domestic and international politics holds a Twitter handle, adding to its authenticity and credibility. Similarly, every political party maintains an official Twitter handle for its outreach. Consequently, the engagement figure of Twitter users rose from 7.97% in February 2022 to 20.56% in March 2022. Increased content in the form of tweets, posts, and memes took Twitter by storm. In addition, different hashtags also trended for consecutive days and ultimately transformed into social media campaigns.

The other platform whose viewership has increased in the last few weeks is YouTube. The presence of numerous channels on the platform offering political analysis can be one of the reasons for greater engagement which rose from 1.21% in February 2022 to 9.71% in March 2022. The ease of starting a YouTube channel and increased level of independence have made it a good platform for expressing one’s views. Any individual can set up their own channel and use it as a medium to communicate their thoughts to any target audience. Leading journalists and talk show anchors in Pakistan have also launched their own YouTube channels to provide independent and uncensored analysis compared to television talk shows. Moreover, YouTube is relatively more engaging given that the content is video-based, making it more user-friendly.

As for the public, with so much information coming in from diverse sources, it is easy to fall into the trap of misinformation. Circulation of unverified and fake political news has become a norm. It is imperative to be mindful of the fact that not all information being circulated is correct and may be motivated by dangerous objectives.

These trends manifest that Pakistani citizens take significant interest in social media vis-à-vis ongoing politics. It is evident that social media is emerging as a pervasive force and will continue to play a critical role in domestic politics in the future as well. It would not be wrong to infer that all this also has consequences. Social media platforms are a game of narratives and counter-narratives. Influencing public opinion has become more important and demanding than ever for different stakeholders, whereas social media is becoming an instrumental asset in this regard. At the same time, these platforms can also be used to assess the pulse of the masses at any given time.

As for the public, with so much information coming in from diverse sources, it is easy to fall into the trap of misinformation. Circulation of unverified and fake political news has become a norm. It is imperative to be mindful of the fact that not all information being circulated is correct and may be motivated by dangerous objectives. The blind absorption of available narratives can lead to immense political polarisation contributing to an internal insecurity in the long run.

It is also pertinent to mention that 63.5% of the population, i.e., 144.4 million people living in Pakistan do not have internet access for the time being. In all likelihood, this number will decrease over time. Although social media is pivotal in removing information barriers regarding ongoing events, mishandling of social media platforms can have dire consequences. Hence, one needs to be aware of the destabilising impact of online fake news, be more proactive in looking at the sources of information and make up one’s mind based on fact-based evidence not just hearsay and whatever is ‘trending’.

Shaza Arif
The writer can be reached at [email protected]

The sentence “Constitution is an organic document that is to be interpreted with a mind to the future generations to come” is one of...
Read more
Comment

Over many years, the struggle for Kashmir's freedom continued. Kashmiris’pain increased, and their sacrifices multiplied. It is true that their heart is traumatized; it...
Read more
Comment

A Letter from Prometheus August 15 is the date that would be remembered in history because, by the mid-day of this day, the Afghan National...
Read more
Editorials

It was widely predicted, even before it was delivered, that the Election Commission of Pakistan verdict in the prohibited funding case would cause a...
Read more
Editorials

The death of 12 Palestinians in the Gaza Strip after Israel bombed in what it called pre-emptive strike against the Islamic Jihad seemed like...
Read more
Letters

Challenges of a bipolar patient in Pakistan

August 8, 2022
ANKARA: Political considerations and bilateral economic interests continue to trump the pursuit of universal respect for human rights, dignity, and freedom of everyone everywhere,...