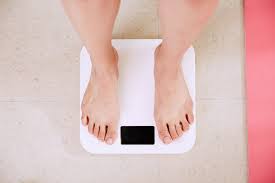 The legendary George Carlin did not take kindly to any form of dopiness. To those, for instance, who react to news of somebody’s untimely demise by saying, ‘But I met him last night!’ or something equally dopey, he was wont to say, ‘Apparently, that did not help!’

Few among us possess Carlin’s candour, even when it comes to less sombre matters. A case in point is people’s peculiar notions about effective recipes for weight loss. As a rule, the more curious and outlandish the idea, the more enthusiastically and persistently it is likely to be held and shared. Here is my take on some of these ideas, in my own respectful and polite way.

In the realm of weight management, as in any other field of life, common-sense ideas that work are few. Sky is the limit, however, when it comes to out-of-the-box solutions that do not work. It helps to divide weight management measures into conventional and unconventional. Controlled eating, regular exercise, and having a purpose of life (other than eating) are conventional ways of weight management. Anything other than these comes under the unconventional category. The latter are all the rage today – in the brave new world, whoever wants anything to do with the ignominy of relying on worn-out methods from a bygone era?

The commonality between these unconventional ideas – which makes them so very attractive – is that hardly any hard work or sacrifice is demanded of the individual who wants to lose weight. All he needs to do is observe the idea work its miracle. As mentioned above, the only problem with these impressive-sounding notions is that they do not work. But if the enthusiasts are disappointed when these ideas fail to translate into tangible progress, they rarely show it. For they keep cherishing and proselytizing the same ideas, charmingly indifferent to their results (or lack thereof).

The first item on this list comprises fancy diet plans formulated by expert nutritionists. The more exotic (and therefore expensive) the diet plan, the more effective it is supposed to be. That, at any rate, is the theory. In practice it is a rare diet plan that ever works because nobody has bothered to inform the bulk of these enthusiasts that unlike an amulet, a diet plan works only when it is adhered to. Most of them spend all their energies deciding which diet plan is the best. Others are smart enough to realize that since they are not going to follow the plan anyway, they might as well select the most outrageous sounding one. In either case, the result is Nutritionist 1: ‘User’ 0.

In the realm of weight management, as in any other field of life, common-sense ideas that work are few. Sky is the limit, however, when it comes to out-of-the-box solutions that do not work. It helps to divide weight management measures into conventional and unconventional.

Other unconventional recipes for losing weight include dreaming about becoming thin and beautiful for hours on end while admiring photos of marvellously formed models advertising items of one brand or another. To say that this activity is counterproductive would be misleading. Of course, brand owners find it extremely productive since it helps them sell their products. It has never helped anybody to lose weight, however. What is worse, the dress (or whatever else it is) somehow never looks nearly as good on the dreamer as it does on the lovely model.

No unconventional weight loss plan worth its salt comes without a massage regimen. The theory that this is based on could not possibly make more sense. A massage is supposed to help get rid of all that excess fat by first ‘loosening’ it (at the hands of the masseur) so that it dissolves and disappears over time. And sure enough, it does loosen the fat leading to its ultimate disappearance – albeit from the body of the masseur. If anything, the one who gets the massage feels hungrier and all set for the next hearty meal – a well-deserved one after a productive massage session.

In the technological age, massage is not any more the only way to ‘melt off’ excess fat. It can be done by all sorts of things: patches, gels, warm packs, and vests and a whole line-up of belts – some incorporating heating elements, some that vibrate. The beauty of all these products being that they do all the work without the user having to lift a finger. Sadly, that is where the beauty ends because… you guessed it… whatever else they do, they do not make anybody thinner.

An even more modern solution consists of weight loss spectacles that make food appear blue and therefore less appetizing. It is no doubt a revolutionary idea. But those who have used it report that subconscious over-reliance on their memory and other senses (mainly smell) thwarts all the expected benefits accruing from the use of these spectacles.

Acupuncture would have worked spectacularly, if only human body was a balloon and a needle was all that was needed to rid it of all its excess air. Dietary supplements sound great too. The shrewd reader would have guessed, however, that they do not work either. Their very name suggests that if anything, they would increase, not reduce, one’s weight. To lose weight, one needs to eat less, not more.

Green tea, in one or more of its numerous varieties, is a necessary item in any self-respecting weight management program. Many scientific studies have demonstrated beyond a shadow of doubt its efficacy in weight reduction. According to various estimates, it takes from about seventy-five to eighty-five years for green tea (on its own steam) to result in a reduction of 5 kgs. Chewing gums, though effective, suffer from the same limitation. Many people stick faithfully to drinking green-tea and chewing gums but with little to show for their perseverance on account of their short lifespans. To be fair, these items have a promising utility in the near-future when life-expectancy is almost certain to improve drastically.