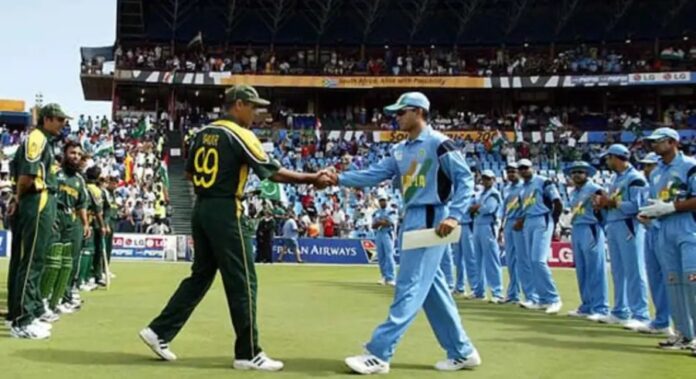 Former Indian middle-order batsman Mohammad Kaif has recalled an incident from Pakistan’s clash against India in the 2003 World Cup where Wasim Akram was left fuming.

Coming into the match, Sachin Tendulkar was in tremendous form and he carried his good run into the Pakistan game while chasing 274.

Tendulkar ended up scoring 98 runs and helped India get over the line by six wickets with 28 balls to spare. Tendulkar, along with Kaif, put on a 102-run partnership which eventually helped India secure a comfortable win.

However, Pakistan had a chance to remove the Master Blaster earlier in the match but Abdul Razzaq was not in the right position to take the catch, which left Akram fuming.

“The atmosphere of that India-Pakistan match was just something else. The fans had come in great numbers to watch enthralling cricket. If Razzaq had taken Tendulkar’s catch at mid-off, the match could have been very tight. I remember Wasim Akram being angry at him for standing so far up. He was literally standing next to the bowler instead of proper mid-off,” Kaif said while speaking to Shoaib Akhtar on Sportskeeda.

Kaif ended up scoring 35 runs off 60 deliveries before finally being sent back to the pavilion by Shahid Afridi.

“Sachin was batting very well. My role was to support him and stay with him. I was told to build a partnership with Sachin and, if he is attacking, just stay there. I fulfilled that role,” he further said.

India thrashed Pakistan only to lose to Australia in the final of the mega-event by 125 runs. Ricky Ponting was named the man of the match for his remarkable unbeaten 141-run inning.