Dealing with the gas crisis

The gasification of Thar coal is also needed 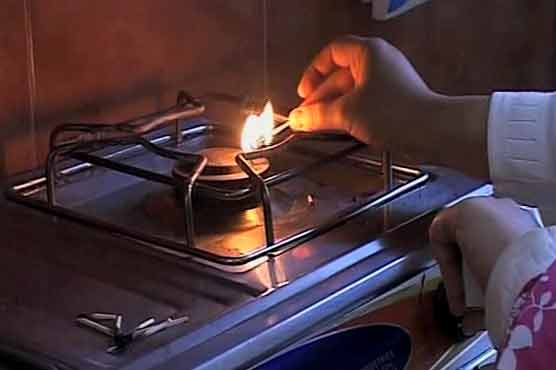 In the year 1952, one of the largest (12 TCF) gas deposits were discovered in the Dear Bugti area of Balochistan. Since then there has been no looking. Pakistan remained an Energy Surplus nation till around 2004. Pakistan Petroleum Limited (PPL) a joint venture company of Government of Pakistan and Burmah Oil Company, a multinational, started pumping out gas.

Two public sector corporations are responsible for transmission and distribution of this important national resource through an extensive state of the art network of underground pipelines built through indigenous technical knowhow. Sui Southern Gas Company (SSGC) covers Sindh and Balochistan while Sui Northern Gas Company Limited (SNGPL) has been tasked to provide gas to Punjab and KPK. It was a gift of the founding generation of the new land which was supposed to last for a century but due to mismanagement and overuse, it has depleted much before its time.

Initially the gas shortfall was around 1200 mmcfd (Million Cubic Feet Per Day) now it stands at 2000 mmcfd. Liquified Natural Gas (LNG) is being imported from Qatar to meet the shortfall. It is a complicated mechanism. The gas is first liquefied for transportation in special vessels. It is then delivered at the port terminal and then regasified (RLNG) to be added to the transmission network. Due to worldwide shortages the prices have hit the ceiling (Above $ 30 per mmbtu) which has created serious challenges for gas-dependent countries like Pakistan.

No crisis is insurmountable if the right players combine with the will to deliver. CNG through land route can effectively compete with the expensive LNG being shipped from Qatar at an exorbitant, unaffordable cost.

In 2004, the Planning Commission formed an Energy Foresight committee under the Chairmanship of Engr Munawar Baseer Ahmad (Late) who was then the Managing Director (MD) SSGC. As Chairman Pakistan Science Foundation (PSF) I was tasked with exploring the use of coal as a fuel alternative.

I called a meeting of all the Coal Miners in the country to agree on the way forward. There was consensus that large scale commercial mining was the biggest challenge. A proposal was formulated to form a Mining Company to start digging at Thar, one of the largest Coal deposits of the world (175 billion tons). As minerals are a provincial subject, I travelled to Karachi to meet the minister with an offer to form a Public Sector company funded by the Federal Government headquartered in Karachi under the Chairmanship of the Chief Minister under professional management. The minister insisted on producing electricity with no plans for extracting coal. Despite my insistence and very benevolent offer he did not budge, clearly indicating a vested approach. My term ended in 2005 but I kept going.

In 2009, Sardar Assef Ahmed Ali was appointed Deputy Chairman Planning Commission. I approached him with a proposal to start digging at Thar for a test mine to establish mineability of the deposit and to obtain bulk samples for testing. He was very supportive of the approach, but in the meeting Member Science of the Commission floated the idea of Under Ground Gasification (UGC) without the need for mining. As a small pilot project it was also approved with my nod. Unfortunately the UGC Project kept the entire development hostage and no digging took place. Then ENGRO jumped in under the leadership of Engr Khalid Mansoor and Asad Umar the MD.

An MOU was signed with the Government of Sindh to provide Coal while ENGRO desired to produce power by burning it. We had a meeting with the group in Karachi in which their flawed approach was opposed. Neither the provincial government was in a position to provide coal nor funding for producing power generation by burning it was possible. The deadline for financial closure in 2012 was missed. Finally sense prevailed, under the leadership of Shamsuddin Sheikh ENGRO formed SEMEC (Sindh Engro Coal Mining Company) under public private partnership. Then CPEC (China Pakistan Economic Corridor) came to the rescue and funding was provided.

In August 2018 I was invited to visit the first mine and touch the Black Gold, for me it was a dream come true. Since then I have been working on converting this gift of nature into clean fuel through the time tested above ground Gasification process to produce SNG (Synthetic Natural Gas) to replace the expensive, imported LNG.

The President, Prime Minister, former Chairman CPEC, former SAPM, Sindh Minister for Energy were all in favour of Gasification of Thar Coal yet it has not started. Former Chairman CPEC agreed to form a Gasification Group with all the major Urea Companies (FFC, ENGRO, Fatima). Urea production after Gasification seems to be the most viable option together with providing gas to the CNG sector.  My paper titled, “Producing SNG from Thar Coal in Pakistan” was presented in the International Pittsburgh Coal Conference in 2018.

It includes all the details including the visit report to the Dakota Gas Company that produces 170 million cubic feet of gas daily from their Lignite Coal deposit very similar to Thar Coal. If the cost of LNG crosses $ 8 per mmbtu, SNG becomes viable. With the current selling price of LNG above $ 30, SNG is very reasonable. All homework has been done, I am in touch with all the players, a green signal and some funding can launch the project which has been repeatedly hijacked by old vested interests. The Gasifiers can be put into operation at Thar and then connected with the main gas transmission line 230 Kilometers away.

Challenging times call for out-of-box solutions. Unfortunately in the land of the pure even within-box alternatives are not pursued.

I was involved with a CNG project in Ireland where imported natural gas was to be used as CNG for all trucks of the European Union (EU). Gas Networks Ireland (GNI) had launched a a programme called Alternate Fuel Infrastructure Development (AFID). As a short term arrangement Gas Storage was planned together with special transportation vehicles to deliver CNG on the EU routes. There was a concept of establishing a Mother Station connected with Daughter Stations for distribution of CNG. Such an approach can also be considered for Pakistan to pick up gas from Turkmenistan, Iran, Russia and then tranported through the land route as a quick short term fix of our gas crisis. Also most Oil Companies produce gas which is wasted as the price offered is very low. With LNG above $30 per mmbtu all alternate options should be explored including speeding up our own gas exploration and transmission including shale gas also.

No crisis is insurmountable if the right players combine with the will to deliver. CNG through land route can effectively compete with the expensive LNG being shipped from Qatar at an exorbitant, unaffordable cost.