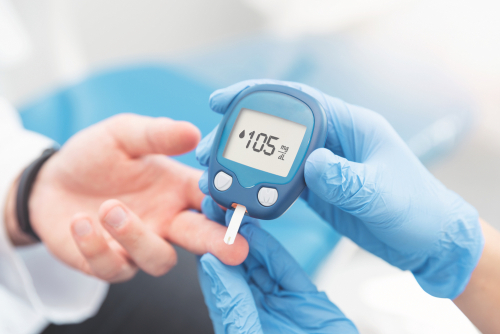 Karachi: Ahead of World Diabetes Day, the International Diabetes Federation (IDF) has released new figures showing that the prevalence of diabetes in Pakistan has increased significantly as 33 million adults in Pakistan are now living with diabetes – a 70% increase since 2019.

According to IDF, in 2021, diabetes will be responsible for 400,000 deaths in the country– the highest number in the Middle-East and North Africa Region. These findings from the 10th Edition of the IDF Diabetes Atlas, which will be published on December 6th, report that one in four adults (26.7%) in Pakistan are living with diabetes – the highest national prevalence in the world.

Pakistan now has the third highest number of people living with diabetes in the world, after China (141 million) and India (74 million). An additional 11 million adults in Pakistan have Impaired Glucose Tolerance (IGT), which places them at high risk of developing type 2 diabetes.

More than a quarter (26.9%) of adults living with diabetes in Pakistan are undiagnosed.

When diabetes is undetected or inadequately treated, people with diabetes are at risk of serious and life-threatening complications, such as heart attack, stroke, kidney failure, blindness and lower-limb amputation. These result in reduced quality of life and higher healthcare costs.

IDF says that 537 million adults are now living with diabetes worldwide — a rise of 16% (74 million) since the previous IDF estimates in 2019. “The rapidly rising level of diabetes in Pakistan presents a significant challenge to the health and wellbeing of individuals and families in the country,” says Professor Abdul Basit, Director, Baqai Institute of Diabetology and Endocrinology, Baqai Medical University.

This year marks 100 years since the discovery of insulin. This milestone presents a unique opportunity to reflect on the impact of diabetes and highlights the urgent need to improve access to care for the millions affected. An estimated 1 in 2 people with diabetes across the world who need insulin cannot access or afford it.

“We must do more to provide affordable and uninterrupted access to diabetes care for all in Pakistan, and around the world. Policy makers and health decision-makers must turn words into action to improve the lives of people with diabetes and prevent the condition in those at high risk of developing it,” concludes Basit.

Globally, 90% of people with diabetes have type 2 diabetes. The rise in the number of people with type 2 is driven by a complex interplay of socio-economic, demographic, environmental and genetic factors. Key contributors include urbanisation, an ageing population, decreasing levels of physical activity and increasing levels of overweight and obesity.

Much can be done to reduce the impact of diabetes. Evidence suggests that type 2 diabetes can often be prevented, while early diagnosis and access to appropriate care for all types of diabetes can avoid or delay complications in people living with the condition.

In Pakistan, the Diabetic Association of Pakistan has initiated the Diabetes Registry of Pakistan (DROP) and signed MOUs with a selection of provincial ministries and private organisations to ensure the accessibility, affordability and standardisation of diabetes care in the country.

Key global and regional findings from the IDF Diabetes Atlas 10th Edition include:

1 in 6 adults (73 million) are living with diabetes in the Middle-East and North Africa Region.

An estimated 240 million people are living with undiagnosed diabetes worldwide – 27 million in the Middle-East and North Africa Region.

Diabetes was responsible for an estimated USD 966 billion in global health expenditure in 2021. This represents a 316% increase over 15 years. The Middle-East and North Africa Region accounts for 3% (33 billion USD) of the global expenditure.

Excluding the mortality risks associated with the Covid-19 pandemic, approximately 6.7 million adults are estimated to have died as a result of diabetes, or its complications, in 2021. That’s more than one in ten (12.2%) of global deaths from all causes. The Middle-East and North Africa Region accounts for 12% (796,000) of total diabetes-related deaths.
541 million adults, or 10.6% of adults worldwide, have impaired glucose tolerance (IGT), placing them at high risk of developing type 2 diabetes. Almost one in nine (48 million) people affected by IGT live in the Middle-East and North Africa Region.

More information and supporting data about the national, regional and global prevalence of diabetes from the 10th Edition of the IDF Diabetes Atlas can be found at www.diabetesatlas.org.

The theme selected by IDF for World Diabetes Day – 14 November – is Access to Diabetes Care. IDF is calling on national governments to provide the best possible care for people living with diabetes and develop policies to improve diabetes screening and type 2 diabetes prevention, especially among young people.

The Pakistan Poultry Association (PPA) North Region has suggested to the government that the poultry sector should be improved and a conducive environment should...
Read more
CITY

ANKARRA: Big names in the film industry dazzled the audience Sunday evening at a mega ceremony in the Turkish metropolis of Istanbul to honour...
Read more
- Advertisment -