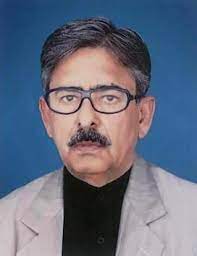 KHANEWAL: Pakistan Muslim League (N) MPA Nishat Ahmed Khan Daha passed away here on Saturday.
According to family sources, he was ill for the past few months. Nishat Ahmed Khan Daha was a senior politician . He remained winner in elections 2008, 2013 and 2018.
In 2008, he won elections on PPP ticket. However, in Elections 2013 and 2018, he secured victory on PML-N ticket. However, Nishat Daha, remained more close to PTI after his differences with PML-N. He held various meetings with CM Punjab Usman Buzdar and expressed confidence in policies of PTI government.