The hughes office in the land should not be misused 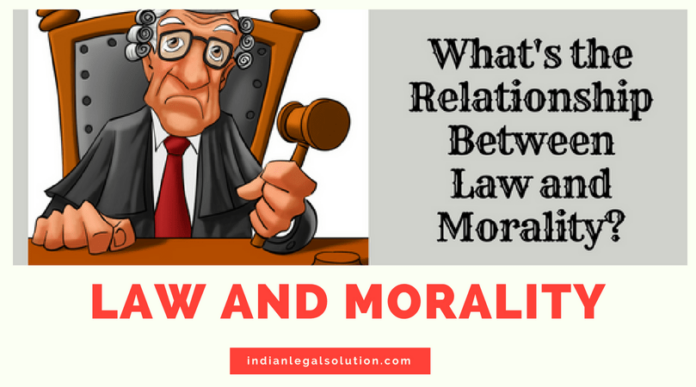 Is it even likely that the holder of the highest office in the land might not know the difference between morality and law?

The first is subjective, a personal belief system, an outlook; the second an objective process. The first transforms into self-righteousness if not contained –  the second has its focus on benefit of doubt, it is willing to let a hundred guilty walk free as long as not a single innocent is wrongly accused. The first is a sentiment, the second determines the difference between chaos and order.

US President Bill Clinton was impeached not because he is not a robot, but because he had lied to the nation. In the same vein, some world leaders have been forced to resign because of a random comment they may have made ages ago. An apology or a retraction was never enough since it was not the message or a single random act, but the mindset that had produced it, which was under investigation, and since you can’t place the destiny of a nation in the hands of a person that had shown such poor judgment even if it was in the past

Otherwise, you may find a man standing on a street corner urging women to cover their heads in return for money. Others may admit their limitations, concede they are not robots. And still others, with cameras in their hands, may approach families having dinner in a restaurant to accuse them of looting a nation. And they would all have good reason. They would all feel justified. For when mobs rule, when everyone is in charge, morality takes over from law, until finally, an unbridled morality becomes immoral itself.

What is obviously forgotten along the way somehow is that law is practiced in the courts, not in the streets and that you are innocent until proven guilty. That, yes, a crime should be punished, but not for the sake of pleasing a crowd and not every crime carries a death sentence even if that alone is what may satisfy a mob. And that, no, a punishment is not indefinite, it has an expiry date, and it cannot be passed on from a grandfather to a grandson.

And yet, it is happening. With self-righteousness running amok, even crimes now look different. No more is a crime restricted to a criminal act alone. That is not where it ends. That is not the only tangible and chargeable offence admissible in law. The crime scene is now extended to include the dress involved, questions are asked as to why was a woman at a wrong place at a wrong time, how could she not have had it coming to her, what else was there to expect? What kind of woman would leave her home after dark with her children in tow..?

What is never mentioned of course is that it is already hard. That you are already suffocating. That your freedom is already massively curtailed. Or that when you live in a lawless land you already take more than your share of precautions– instead, you are now asked to be more careful in future, to surrender a bit more of your freedom, give an assailant a bit more power over you, and allow a cloud of guilt to hang over you, since despite being a female you had bent down in the street in full view to pick up the keys you may have accidentally dropped … for this is how it is now, since unable to put himself in the victim’s shoes, the holder of the highest office in the land can readily identify with the bestial nature of an assailant instead.

Where would this lead is anybody’s guess. True, having already accepted that personal freedom is not even a consideration, given that beasts of prey roam about freely in a jungle, it falls on the prey to watch its every step, it does make sense to try and avoid inciting a rapist or leave home after dark since streets and highways are not safe, but what next, if the entire strategy is based on starving the assailants of available victims, if that might be the only solution, then taking this direction of travel forward, would there be a general lockdown as well if crimes continue to increase?

Or for that matter, passing moral judgements on every topic under the sun from the highest pedestal in the land, would that stop crime forever? Even if we ignore for a moment that relentlessly trying to impose one’s personal morality on others is not considered polite in any decent society in the world, would appealing to the collective conscience of the nation change the nature of man for good? And if so, then while on this path to Utopia, to a surreal existence, on this road to salvation, why does it seem that bars are raised and lowered at will, goal posts are moved frequently, so that at the same time mob lynching, a vigilante culture and personal attacks have now also started to seem legitimate? Why is that confusing?

And is that a risk? For some would insist that self-righteousness is a disease, it is not a valid argument, it is the domain of the petty. That it does not abide by any single universal rule or law. They argue that self-righteousness in fact has a cold calculating heart, which if not restrained, beats with equal ferociousness and righteous indignation in every chest and on either side of the divide. That it is a dangerous game that can back-fire as well.

You see, US President Bill Clinton was impeached not because he is not a robot, but because he had lied to the nation. In the same vein, some world leaders have been forced to resign because of a random comment they may have made ages ago. An apology or a retraction was never enough since it was not the message or a single random act, but the mindset that had produced it, which was under investigation, and since you can’t place the destiny of a nation in the hands of a person that had shown such poor judgment even if it was in the past. For today is a different world, gone are the days when Rasputin was asked to explain his earlier conduct in life, and he had gotten away by saying that he had had to experience darkness first-hand to discover the true value of goodness.

And this, one would think, is the moral of the story. That, in an environment bursting at the seams with self-righteousness, it’s a free for all, everyone has an opinion, no one is safe, no one is spared, everyone is fair game, including you…