The dilemma of our young generation 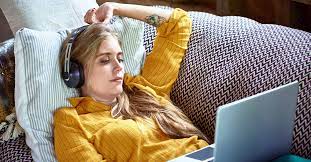 A game is a pursuit in which people engage for fun, entertainment, recreation and leisure. Both Indoor and outdoor games are widely played around the globe.  But with them, online gaming has emerged significantly with the advancement of technology.

Games are very important for human beings. Excessive work without any healthy activity can lead to mental stress and anxiety. Games not only help in dealing with mental stress but also boost up the mind and body for further work.

The educational institutions should provide better recreation facilities and parents should give more time to their children. The media should play its role in creating awareness. Because it is our duty to protect our future generation

Nowadays, with the vast availability of gaming gadgets, smartphones, computers and greater access to the internet, online gaming serves the purpose of fun and recreation for many, mostly for children.

Whatever the source may be, one thing should be kept in mind that all these leisure activities should be for a certain limit of time. While playing games, one should keep in mind its purpose should be recreation and it must not become an “addiction”.

But, unfortunately, today this is one of the worst addictions. And predominantly our younger generation is addicted to online gaming like no other.

According to a study by Baylor University, gaming addiction can be as addictive as drugs and alcohol for some.

Just like any other addiction, this does not happen overnight. Online gaming addiction has evolved day by day with the advancement of technology and the emergence of new means, for example, desktops, laptops, and mobiles. The mobile is considered the main source of online gaming addiction. This is so because of its easy access.

According to Datareportal, there were 173.2 million mobile connections in Pakistan in January 2021. This is equivalent to 77.2 % of the total population.

Children using smartphones are attracted by online promotional advertisements. Gaming houses fantasize about the games by different techniques. It increases interest in children to play that game.

They not only make them play games but also create a greater gender divide. For example, combat, racing and sports games are for boys while dressing, makeup and household games are for girls.

These games have never-ending levels and are so intriguing that once a child starts playing them there is no end to it. It then becomes an addiction for them to reach to next levels, unlock more characters, to compete with classfellows, friends and cousins.

But, this competition is not healthy. Is this what we want our children to compete for? There are other healthy competitions rather than this regressing competition.

But, here the question is that can we just blame the advancement of technology, mobile phones, or gaming houses?

Technological advancement is taking place rapidly and it is the need of the world. There will be way more access to games in future. By this blame game, we cannot save our generation from this addiction.

The whole society is responsible. Schools have limited their focus on studies and there are very limited co-curricular activities. There are very few playgrounds and sports essentials in schools, especially the private schools.

We often witness in marriage functions, parties, and social gatherings, children playing games on mobiles. In the beginning, they just play it like any other game but with time they become addicted. They do not like to return their mobile phones and like to play all day while parents get irritated and this gives rise to another conflict.

In many online games, developers demand money for further progress. As not all parents can afford this, therefore this develops an inferiority complex in children.

At a time when nobody is ready to spare time for children, what will be the future of our young generation?

During the pandemic, when schools were closed, gaming addiction intensified. And now, even after the opening of schools, the condition remains the same.

Children now blackmail parents by saying ” everyone plays games these days, why we can not play games?”

Now, children do not want to play with others. They do not want to spend time with family, go out or attend a family function. All they want is a mobile to play games.

As a student of Applied Psychology, I conducted a survey and found that children spent 12 to 14 hours on mobile playing games during the pandemic. While they spent six to eight hours after the reopening of schools. It is absolutely scary to know.

My first cousin is a student in the 6th class. He wants to play games all the time. He plays multiplayer online games with his fellows. And because of competition, he demands money to enhance his game characters from his parents, by giving examples of his fellows. And when they refuse, he misbehaves. This is how it is affecting our new generation.

Along with other side effects, it affects mental health and physical development.

The educational institutions should provide better recreation facilities and parents should give more time to their children. The media should play its role in creating awareness. Because it is our duty to protect our future generation.

Zainab Ali Alvi
The writer can be reached at [email protected]