Sandwiched Between War and Civil War 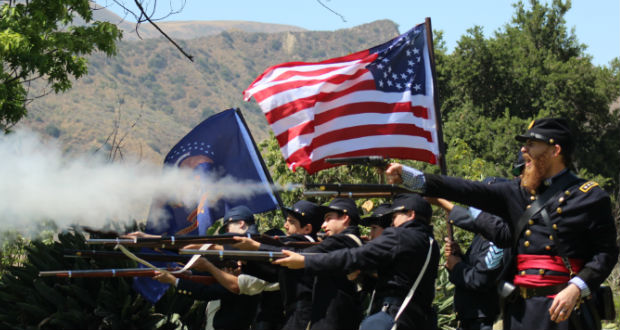 With each passing day, Afghanistan, is moving in a dangerous direction not only for the region but for the whole world, which today sees the developments with closed eyes and fails to understand that if it is not resolved permanently and unitedly, the consequences can reach them any time without notice and cause unimaginable, unthinkable damage to life and property. At this juncture, for Taliban the Number One enemy is the USA, which perhaps has forgotten the event of 9/11 that challenged the superpower in all ways.

Next to the USA for the Taliban is India, but it is a joint enemy of both the Taliban and Pakistan, but not of the Afghan government. By establishing a rule of the Taliban Islamabad desires to foment terror incidents in parts of India, especially in the State of Jammu and Kashmir and take a proper revenge of !971, but they both are unmindful of its repercussions leading to the formation of Bangladesh. In that situation, if India comes forward and sends its army to fight with the Afghan security forces, it would not be a 20-year war like with the USA, and a month of declared war would decide the fate of both the Taliban as well as Pakistan.

In today’s context India is in a position to encircle Pakistan from all sides and it can start war on the India-Pakistan border and in Afghanistan against the Taliban simultaneously, where Islamabad would not be in a position to help terror groups in Afghanistan and both will surrender unconditionally.  So far as China is concerned, if it supports Pakistan and the Taliban in installing a Islamabad-backed government in Kabul, there would be an easy access for the Taliban and the Uyghur Muslim militants to unite and make a joint front against Beijing.

Although the assumption of power in Afghanistan by the Taliban is not in the interest of Pakistan itself, anti-India feeling has become uppermost along with the strategy that by reviving the Taliban it can influence all the three, India, the USA and China apart from other small nations. Thus, in making and helping Taliban Islamabad has a long-drawn baseless assumption.

Mullah Mohammad Omar founded Taliban in September 1994 with 50 students, who were then studying in a Madrassa in northern Kandahar Province and was unhappy that Islamic law had not been installed in Afghanistan even after Soviet withdrawal. This is why the group pledged to free the country from warlords and criminals at any cost, using appropriate means, constitutional or otherwise. Soon after the formation, the group became very popular in Pakistan and Afghanistan and, as a result, a large number of students, mostly educated in religious Madrassas of Pakistan irwho also happen to be Afghan refugees, joined the organisation within months. They all were fully devoted to the Islamic faith and bore a hatred for foreigners as the USA had prepared them to fight against the Soviets and also provided them all Islamic literature and textbooks in local languages which made all materials easily available.

Reading of these religious materials taught them not to be moralists but to have a belief in strict Islamic law. The rapid rise of the Taliban, having a religious theme and caring for independence for Afghanistan had made the movement more popular and, in a surprise, move it attacked and conquered Kandahar City on 3 November 1994 and in next three months it controlled 12 Afghan provinces by early 1995.

This time around, the Taliban moved to Kabul where they encountered resistance from the government forces. However, after a series of setbacks, they prepared for another major offensive in September 1996 and by the end of this month entered Kabul and established the Islamic Emirate of Afghanistan and from here their rule of the country took a start.

The rule of the Taliban in Afghanistan collapsed at the close of 2001 when the USA launched a decisive war against the terror group with a view to search for Al-Qaida chief Osama bin Laden, the mastermind of the 9/11 atacks. The US war in Afghanistan was fought in two phases, from 2001 to 2014 with code name Operation Enduring Freedom in which a coalition of over 40 NATO countries formed a security mission in the country called the International Security Assistance Force (ISAF), while the second war began in succession in 2015, also with the code name Operation Enduring Freedom in which certain members were involved in military combat while allied with Afghanistan’s government, In both wars the other side comprised mostly Taliban insurgents.

Along with the war against the terror group, in the post-Taliban period the USA also initiated the process for forming an interim government on the basis of the Bonn Conference decision in which Hamid Karzai was chosen to lead the country till the coming of the new elected government. From the year 2006 onwards, the Taliban began to exert its influence in southern and eastern parts of Afghanistan, to commit atrocities against the innocent civilians and the government and ISAF responded by increasing the number of security forces leading to intense fighting between groups for next several years, reaching a peace deal between the USA and Taliban on 29 February 2020, in Doha.

The peace deal signed between Taliban and US representatives paved the way for the US exit from Afghanistan after 20 long years of exhaustive war which caused thousands of casualties from all sides involved in the fight. According to a study conducted at the Brown University as of April 2021, the war has killed 171,000 to 174,000 people in Afghanistan; 47,245 Afghan civilians, 66,000 to 69,000 Afghan military and police and at least 51,000 opposition fighters; but on the other side a large number of earlier refugees have returned to Afghanistan while some have left the country to remain refugees in Pakistan, Iran, and the nation has registered improvements in health, education and women’s rights since 2001. Joe Biden, the new President of the US has announced total exit before 11 September 2021 and in the last two or three months, the Taliban had occupied a large part of territory except Kabul and Kandahar.

Peace efforts on the part of regional and global powers are on with no possible solution in sight. At this critical juncture either they should come forward jointly to crush the Pakistan-backed Taliban, the next name of world threat or let it repeat the phase of Soviet exit, which was followed by a civil war and anarchy to welcome the Taliban as their ruler for the time to come.

The writer is head of the political science department  and dean of the Social Sciences faculty of the B.N.Mandal University, Madhepura, Bihar, India. He can be reached at [email protected]