Is the opposition narrative being proved? 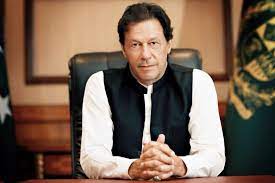 One of the basic assumptions underlying democracy is that talking to one another, at one another, is the way of moving matters along. That is how the rule of the people is expressed. That is to be seen in the legislature, where speech is the method by which laws are made. It is also how the disposal of tax money is decided.

Thus, the right of two members to speak uninterrupted is held sacred, of the Leader of the House, and of the Leader of the Opposition. The first is the Prime Minister, the other the Prime Minister in waiting.  When either rises to speak and is recognised by the Chair, he or she is not supposed to be interrupted, not even by points of order. That tradition has not been followed in Pakistani Houses, but the recent exhibition of interruption, which began when Mian Shehbaz Sharif, the Leader of the Opposition, arose to speak, to begin, as is traditional, the Budget debate of the National Assembly, was something of a shocker.

It may have been unprecedented in Pakistan, but it was hardly a world-first. Such scenes have been witnessed in assemblies in the Far East. They do introduce the concept of an expanded skill set for your average member: he must not only be concerned about peoples’ problems and be ready to speak about them, but he must also have the skills of an all-in wrestler. Are MNAs now to have colourful nicknames like ‘The Undertaker’, ‘The Filibuster’ or ‘The Law’?

The episode is reminiscent of the UK of the 19th century when, during the Irish Home Rule crisis, it was the Sunday-afternoon amusement of the London tough to go outside the Prime Minister’s residence at 10 Downing Street and howl. That is what the PTI MNAs were doing when they interrupted Shehbaz’s speech: howl.

Another danger is that a precedent has been set. Just as it was once unthinkable to interrupt the President during his annual address to Parliament, but now it has virtually become a tradition, so howling down the Leader of the Opposition might become a norm. The PM should stop that happening, because his office is inextricably linked with the Leader of the Opposition

It is no excuse, as PTI supporters have tried to plead, that the PML(N) started the whole thing by heckling Imran Khan and preventing him from addressing the House. That was reprehensible, but the desire to take revenge achieves nothing. It should be noted that society may seem to obtain revenge by executing a murderer, but actually it is a deterrent. It signals anyone with a murderous impulse that, if caught, one could also lose one’s life. The prevention of Shahbaz Sharif from speaking did not advance the cause of Imran Khan one whit.

Neither Mian Nawaz Sharif nor Benazir Bhutto were experienced parliamentarians when they took office. Indeed, both became PM in their maiden tenures as MNAs. Mian Nawaz became CM as a first-term MPA, On the other hand, Imran became PM after being elected an MNA for the third time. Mian Shahbaz, on the other hand had been a legislator since 1988, when he was first elected as an MPA, and from 1990 onwards, he has been elected to both the National Assembly and Punjab Assembly, except when ruled ineligible. His handling of the interruptions was thus very proper, and he kept his temper throughout. It took him three days, but he did finish his speech.

It is thus a little surprising that Imran has not developed the art of addressing a hostile crowd. It is all the more surprising because he is an international sportsman, who developed (and as a young man) the art of performing before hostile crowds. Also, he did not have the luxury of fielding close-in, more often than not patrolling the boundary. That is the place at which team-player interactions tend to be the most. That is where wits among the crowd tend to raise silly slogans, meant sometimes to do nothing more than rile the nearby fielder. Imran has had hostile crowds to face, including Indian crowds, as he did in 1987-8. He led Pakistan to victory, which would not have gone down well with the notoriously partisan Indian crowd.

There have been incidents of irate players plunging into the crowd in search of the offending spectator, but there is none reported of Imran. (There was even one batsman who waded into the crowd with pads and gloves. He didn’t find the spectator, which is lucky, for he also had his bat.) However, Imran showed on one occasion that he had as temper, when, after retiring from cricket, before building the cancer hospital, he slapped a reporter at a press conference instead of replying to the question asked (which was rude and tendentious enough). This was the time when sports reporters still covered him, not political.

That Imran needs not just protection but retribution does not speak well for democratic inclination. This is not a PTI problem, but one shared by all parties. Indeed, it is enough to make one doubt whether democracy is suited to Pakistanis. It was Ayub Khan who first said that ‘democracy is not suited to the genius of the Pakistani people’, and it is usually assumed that democracy will be replaced by military rule.

However, the desire to impose a fifth martial law does not explain why the memories of Shahed Ali Patwary were revived. On 23 September 1958, he presided over a session of the House which considered the Awami League motion against the Speaker. While declaring that the Speaker had been removed, a well-aimed paperweight caught him in the head, and he died two days later. Five days after that, Pakistan’s first Martial Law was imposed. Were the disturbances going to lead to such an end? Well, that would have required a similar blood sacrifice.

One thing that may well be happening is the opposition narrative is coming true, that the PTI government is so inexperienced that it cannot run the government. The ordeal through which Mian Shehbaz had to go through merely proved that the opposition narrative, that the PTI is too incompetent to deliver what its promised and the establishment should turn back to the tried and tested parties, the PML(N) and the PPP. The problem the establishment has is that these two parties are not ready to acknowledge the primacy of the establishment in the way the PTI does. The problem is that the PTI may need more help to win the next election that is feasible.

Even those who believe that Pakistani elections reflect the will of the establishment, rather than of the people, concede that the winning party has enough public support for it to be competitive in enough deals. Few claim for the establishment the power to make victorious a candidate who does not enter the campaign with the support of several thousand votes.

However, the victory in this massy affair has gone to the Opposition. The question of what Mian Shehbaz was saying about the Budget came to the fore, making the Budget debate the cynosure of national attention in a way it has never been. Interest in the Opposition Leader’s speech has never been as high in previous years. One loss may have been the loss of so many days of debate. It remains to be seen whether the Treasury, which after all controls the flow of House business, allows any days of make-up. It must be remembered that waste of time during the Budget debate benefits the Treasury, as it means that opposition members have less time to speak in what might be their only contribution to the Business of the House in the year.

Facebook
Twitter
Linkedin
WhatsApp
Email
Previous articleTerrorism has no religion
Next articleIt’s the mindset, not the clothes