Who is afraid of free and fair elections?

The PML never won a free and fair election 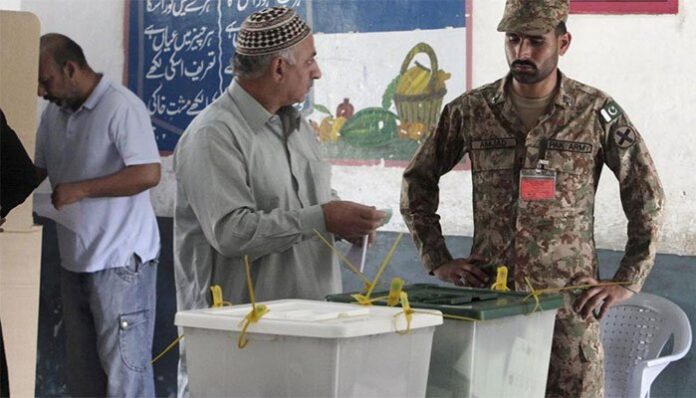 As a Muslim League child, I must painfully admit that the Pakistan brand of the Muslim League has never won a free and fair election. The All India Muslim League (AIML), the founding party of Pakistan, was founded in Decca in 1906. In March 1940, under the leadership of Quaid-e-Azam Muhammad Ali Jinnah it passed the Lahore Resolution for the partition of the Indian Subcontinent. On 14 August 1947, a new state emerged on the world map with Jinnah as its first Governor General. The AIML ceased to exist, as the father of the new nation, the Quaid, wanted to steer the new entity called Pakistan Muslim League (PML). Under ‘toady’ influence, the executive committee pushed Jinnah out, to be replaced by Chaudhry Khaliq-uz-Zaman as President.

It was under the dynamic leadership of the Quaid that the AIML was able to win most of the Muslim seats in the 1946 elections. The referendum in KP (NWFP) was close but the hard work of Khan Qayyum Khan paid off. After the first Martial Law in October 1958, two factions of the Muslim League emerged. A Convention of the Leaguers was arranged that endorsed the takeover and a new ‘Toady League’ was born called the Pakistan Muslim League (Convention) with its headquarter on Davis Road, Lahore. Those who remained behind were named Pakistan Muslim League (Council).

Ayub Khan contested the Presidential elections in 1965 as a nominee of the PML (Con). He was challenged by Madare Millat Fatima Jinnah who had the support of the entire opposition. Despite his controlled and manipulated democracy, the Madare Millat prevailed in Karachi and the Eastern Wing. However with the support of the ‘Toadies’ the General retained his office but his invincibility was seriously dented.

Jinnah’s sister was defamed with unfounded and frivolous allegations by the ‘Con League’ leadership . In 1967 she was found dead in her bedroom under mysterious circumstances. Earlier, Hussain Shaheed Suharwardy, the Ex-Prime Minister, also had met a similar end while in self-exile in Beirut. After the fall of the usurper in  March 1969, the first free and fair elections were held in 1970 in which PML (Con) was totally wiped out in both wings of the country. The Qayyum League  did manage to win some seats in KP, mainly due to the personal credentials of its leader. The establishment remained neutral in the electoral contest, but there were allegations of tacit support to the Jamaat-e-Islami and the Qayyum League.

The main winners were the Awami League in the Eastern Wing and the PPP in the Western. Despite being free and fair, the 1970 elections remain controversial and hushed up. Opinions differ, some believe that it led to the break-up of Quaid’s Pakistan while others maintain that we are not fit for real democracy. The democratic period that followed (1971 to 1977) was eventful but short, and in July 1977 the country was engulfed in the ‘Zia Dark Ages’ which continue unabated. The most cherished gift of that era is the unanimously agreed Constitution of 1973, which has kept the federation together despite several ‘Toady’ onslaughts

Zia, the third usurper, talked about positive results in the elections. Through the partyless contest in 1985 combined with the boycott of the opposition he was able to relaunch another ‘Toady League’ with the help of Pir Pagara. Punjab was handed over to Mian Nawaz Sharif while Muhammad Khan Junejo became the PM. Finally, when Zia was off the scene, in the elections that followed in 1988, the PPP emerged as the single largest party despite the establishment manipulation. As Chief Minister Punjab, Nawaz was given a free hand to rule, while Benazir was cornered as the PM. All the seats that the PPP vacated in Punjab were won by the PML in the by-elections. It is on record that while in power the PML(N) has never conceded a seat in any by-election but now somehow they have been able to set a new tradition by winning elections even without being in the government, as their influence still runs deep in the administrative machinery of the province. Even the judiciary has shown tilt towards the party.

Only genuine political entities can strengthen democracy. Parties like PPP, the PTI and the ANP should be nourished for the future of democracy. It is time to get rid of these unnatural ’Toady’ parties that lack the capability and public support to take part in a free and fair electoral contest, but if they still desire to contest in order to save their looted money then elections should be held under the auspices of the United Nations to ensure complete neutrality, as it was in the 1970 contest in which the PML (Con) was nowhere to be found.

The recent expeditious bail of Shahbaz Sharif and his attempt to flee the country overnight was questioned in the Supreme Court. Perhaps the trial of the fourth usurper under Article 6 of the Constitution will go down in history as the hallmark of Nawaz’s political innings but it smacks of bias and uneven treatment of the violators. The emergency bill was prepared by the Law Minister, approved and then forwarded by the PM on whose advice the President acted, while the others have been forgiven, his highness decided to go only after the head of the state.

It is this duplicity of the Sharifs which is mindboggling. They usually manage to go scot-free even when they vandalize state institutions like the Supreme Court and NAB (National Accountability Bureau). Since 1977 every election has been disputed yet they only complain when they are unable to grab power. Today they talk about the Bhutto mistrial while they were created to neutralize the progressive politics of his party.

In one of the recent talk shows their spokesperson mentioned that Dr Faroqh Nasim as Law Minister is a continuation of the Musharraf era while he himself was his cabinet member together with the controversial PML(N) law minister.

Without a neutral administrative set-up free and fair elections are not possible. As  political entities no brand of Muslim League will ever allow credible electoral contest as it does not suit them. All reforms will be opposed by these ‘Toady Leagues’ created after ousting the father of the nation. History is a good guide, and the 1970 contest was hushed up as it brought the establishment and its created political entities to their knees. Mian Nawaz Sharif and his PML(N) was launched at the centre through Islami Jamhuri Ittehad (IJI).  Mir Zafarullah Khan Jamali landed in the PM’s office through PML(Q), MQM (Muhajir Quami Movement) and MMA (Muthida Majlis-e-Amal), all establishment creations.

The founding party of Pakistan was AIML not PML as is being projected. Jinnah’s sister contested against the PML nominee. The PML(Q) offered to elect Pervaiz Musharraf as President in uniform, which is unheard of in the recent history of mankind. Even in Banana Republics dictators have to shed their uniforms to get elected. The Sissis and Mubaraks in Egypt had to give up their uniform to contest the elections. The threat to democracy is within, which must be understood.

In 1977 Bhutto tried to manipulate the electoral process to get an absolute majority in the House but failed. The PML(N) is the only political party that has managed to get this privilege twice (1997, 2013). On both occasions no useful legislation took place. In the first case, Nawaz tried to declare himself Ameer-ul-Momineen while in the second a resolution was passed to allow a disqualified person to hold public office which was set aside by the court.

Only genuine political entities can strengthen democracy. Parties like PPP, the PTI and the ANP should be nourished for the future of democracy. It is time to get rid of these unnatural ’Toady’ parties that lack the capability and public support to take part in a free and fair electoral contest, but if they still desire to contest in order to save their looted money then elections should be held under the auspices of the United Nations to ensure complete neutrality, as it was in the 1970 contest in which the PML (Con) was nowhere to be found.

The PPP, being a genuine political entity, will never run away from elections or resign from elected positions. The Muslim League House on Davis Road has produced ‘Freemasons of Democracy’. As such it should be shut down for Pakistan to move ahead.