PTI members seen in Ali Haider Gillani video should be party to the case: ECP 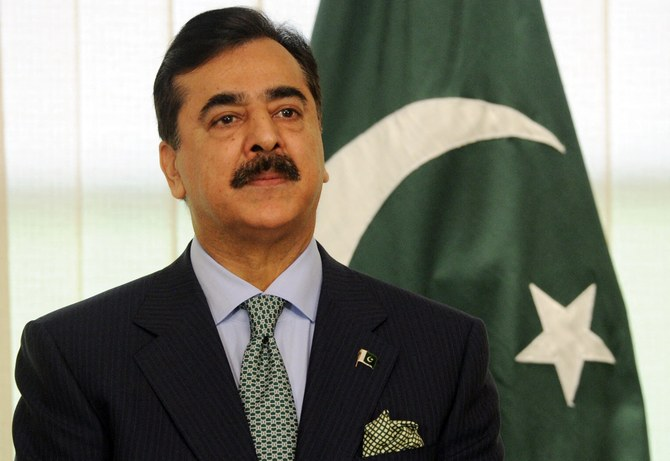 ISLAMABAD: The Election Com­mission of Pakistan (ECP) observed that the lawmakers of the incumbent government that were seen in the recent scandal video should have been involved in the case proceedings related to the disqualification of the Pakistan Democratic Movement (PDM) senator-elect.

The ECP took up a petition today filed by Pakistan Tehreek-e-Insaf (PTI) seeking early hearing of its request for disqualification of senator-elect Yousaf Raza Gillani.

Barrister Ali Zafar claimed that rigging was carried out during the Senate polls through money and party tickets. Evidence of rigging was found a day before the elections, he told.

“Had the polls been transparent, [PTI candidate] Hafeez Sheikh would have won by a wide margin,” he added.

The member of ECP in Punjab said that the PTI lawyer has already provided the transcript of the leaked video. Punjab member asked about making those who were offered money as the party in the case over which, Barrister Ali Zafar said that they cannot be made party but the court can call them as witnesses.

The one who takes a bribe and the one who gives it, both are accused, Punjab member said.

“Didn’t you think it necessary to make those who can be seen in the video (PTI lawmakers) parties to the case as well?” asked the ECP chief, stating that the commission does not recognise these members by face.

The representative of the electoral body from Punjab said, “We want to advance on this matter with a rationale and not on the basis of emotions.”

“You may provide us names of the 16 persons being accused, along with other material, and make the persons concerned a party in the case.”

ECP member from Khyber Pakhtunkhwa (KP) said that the commission wants to take action, but it needs tangible evidence to do so.

Nisar Durrani asked, “can the [legitimacy of] the video be accepted without a forensic.” At this, PTI’s counsel said that Ali Haider has not termed the video fake and he accepted his role in a presser.

“Prepare the petition in the correct manner, gather the evidence. Why will we not take action on it [then]?” asked the ECP chief.

Subsequently, the hearing has been adjourned till March 10.

Last Wednesday, Gillani, who was fielded as a joint candidate of the 11-party PDM on a technocrat seat from Islamabad, defeated Finance Minister Abdul Hafeez Shaikh in Senate elections in a major setback to the government. He received 169 votes to the latter’s 164.

On Saturday, three PTI leaders — Farrukh Habib, Maleeka Bokhari, and Kanwal Shauzab — approached the election commission to halt the issuance of the victory notification for Gillani until a probe into a contentious video, showing the former prime minister’s son Ali Haider Gillani explaining to MPs how to waste their votes, is completed.

In another petition filed on Monday, the trio sought an early hearing of the case which was earlier scheduled for March 11 — a day before the election for the office of Senate chairman.

“The matter is extremely important as a senator elected with corrupt practices is now aspiring to become the chairman of Senate,” the petition said. “It is a matter of utmost importance, which will have far-reaching consequences.”

“The election of Yousuf Raza Gillani has been a rare incident in the national political history,” the request further said. “Hopefully, the election commission will hear the matter urgently, as it heard the issue related to [the] by-election in NA-75, Daska.”

“The issuance of the notification should be stopped till the action on the video scandal is completed,” the petition said.

The video, which emerged hours before legislators across the country were set to go to Senate elections, showed Ali Haider Gillani explaining to MPs how to cancel their votes. In a press conference, Ali Haider Gillani accepted that he was in the leaked video, but denied he was engaging in a deal to buy votes for his father.

A separate video clip showed Sindh Local Government Minister Nasir Hussain Shah assuring four MPs of getting paid “over and above” the agreed amount and also resolve all issues from the provincial government.

The person, who was seen finalising the deal, told Shah that all the four were “sold” and, in return, Shah also assured the legislators that all the tasks of his “brothers” were now his own responsibility.

The petition also alleged that Pakistan Muslim League-Nawaz (PML-N) Vice President Maryam Nawaz, in her speeches, made promises of giving lawmakers PML-N ticket in the next general elections if they voted for Gillani in the Senate polls.

ISLAMABAD: The government has set up a virtual job portal to facilitate the youth in exploring employment opportunities both domestic and international. The initiative aims...
Read more
NATIONAL

Ruet to meet on Tuesday for Ramadan moon sighting

ISLAMABAD: The Central Ruet-i-Hilal Committee will hold an unprecedented meeting in Peshawar on April 13 (Tuesday) for the sighting of the Ramadan moon as...
Read more
NATIONAL

SC to take up PPP leader’s bail request on Thursday

Hearing of Justice Isa’s review petition to resume on Tuesday

ISLAMABAD: The Supreme Court (SC) will take up on Tuesday a request of Justice Qazi Faez Isa in the presidential reference against him that...
Read more
NATIONAL

KARACHI: Police on Sunday arrested three more suspects, including a cop, on the complaint of blackmailing and harassment of a woman who committed suicide...
Read more
- Advertisment -

Hearing of Justice Isa’s review petition to resume on Tuesday

April 11, 2021
ISLAMABAD: The Supreme Court (SC) will take up on Tuesday a request of Justice Qazi Faez Isa in the presidential reference against him that...