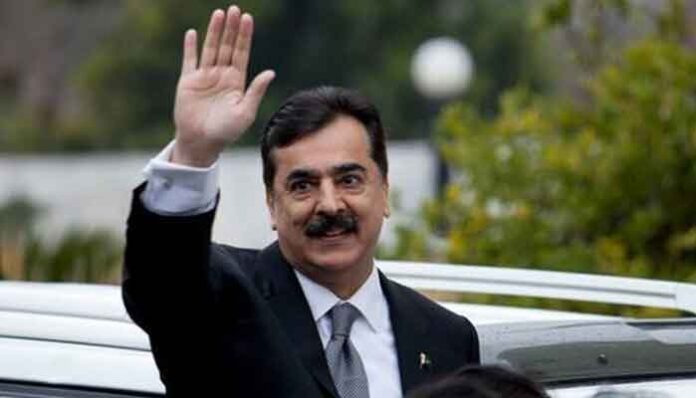 After the thrilling episode of the Senate elections the political temperature in Pakistan is quite high. The game changing victory of Yousuf Raza Gilani has turned the tables and brought the Khan regime on the backfoot.

The economic hitman, Hafeez Shaikh, who was the PTI Senate candidate from Islamabad got defeated, bringing sheer embarrassment to prominent faces of government. Now PM Imran Khan is left with minimal options after losing his majority in the National Assembly. Either he may resign or opt for a vote of confidence. The former would be quite a difficult task for him as he would never want any other face from the PTI to sit on the throne after he himself gets ousted. Khan will go for the second option but will he gather the required number of votes? Or will his party and allies disown him for his dictatorial decisions and arrogance which was seen recently in the distribution of Senate tickets, where his loyal workers were ignored and billionaires were awarded them.

On the other hand, the PDM is roaring with consecutive victories on the scoreboard. Winning by-elections from Karachi to Nowshera, exposing the rigging in Daska and forcing the ECP to call for a re-poll there, and recently the landmark victory in the Senate, have certainly provided an upper hand to the PDM.

Apparently it is the wisdom of former President Asif Zardari that has worked for the PDM, it was his idea not to leave the ground open in the by-elections and Senate which worked big time. He was of the opinion that the PDM should flex its muscles in parliamentary forums and oust Imran Khan as he has become largely unpopular in public.

Poor decisions and politically immature advisors took Imran Khan to the downhill slope. His own tyrannical mindset brought deep cracks within his party and allies. His own parliamentarians were gutted on the distance he maintained since the day he came to power, later the exercise of the PM meeting his MNAs one by one just before the Senate elections remained pointless, with more than a dozen not voting for his candidate from Islamabad.

Now the PDM, after playing the Gilani card well on time, is planning to grab the post of Chairman Senate for the former PM. The numbers suggest that it won’t be a tough task for the PDM as it has tasted blood already. Apparently the next target of PDM is to jolt the weak Punjab government, as hinted by PPP Chairman Bilawal Bhutto Zardari. The Wasim Akram-plus, who is already on a weak ground, won’t be able to sustain the shocks and might seemingly succumb to the no-confidence motion. This will trigger a chain reaction and if PDM maintains the pressure through the anticipated long march, it will bring Khan in an extremely tight spot once matters reach the red zone.

The upcoming events are decisive for democracy in Pakistan, and if the PDM successfully plays its cards well on time, then it will be difficult for Khan to continue as Prime Minister. This will be the beginning of the end of the economic crisis, poverty, inflation, unemployment and uncertainty which was gifted by the PTI government.

It is also being speculated that the opposition is eyeing impeaching the President as the majority of his references were turned down, especially the reference against Mr Justice Qazi Faez Isa, which was an attempt to create a divide within the judiciary.

His actions are not in consonance with the office of the President. If the PDM successfully impeaches him then it won’t be easy for the PTI to get its new President elected from all four provincial assemblies and Parliament, making way for Gilani to go to the Presidency if he successfully manages to secure the Senate Chairmanship, the chances of which are bright.

The informal address to the nation by the PM with the same old rhetoric that he has been drumming since years, left no significant impact on the nation. Rather his body language translated that he is already defeated, but not ready to give up. This time he was blaming the ECP for not giving decisions in his favour, which is not appropriate as being the chief executive, he must remain neutral in the electoral process and must not dictate to or manipulate the ECP.

The upcoming events are decisive for democracy in Pakistan, and if the PDM successfully plays its cards well on time, then it will be difficult for Khan to continue as Prime Minister. This will be the beginning of the end of the economic crisis, poverty, inflation, unemployment and uncertainty which was gifted by the PTI government.