Hindutva under Modi is crushing other identities 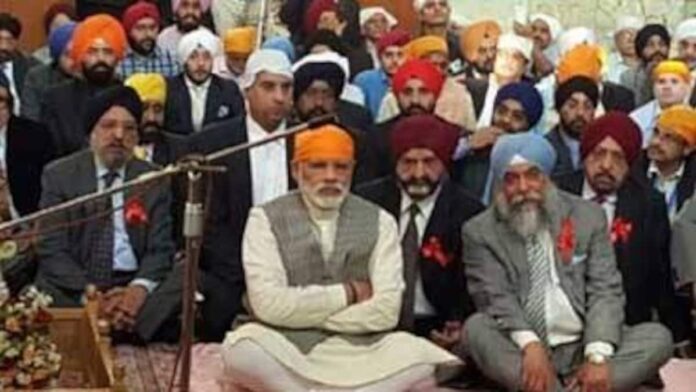 In India, dominated by politicians from the Hindi heartland, Hindutva (Hindu Nationalism) has been using brutal force mercilessly against any move to free Assam, Kashmir, Khalistan, Mizoram, Nagaland, Tamil Nadu, Tripura, Arunachal Pradesh, Meghalaya and Manipur where wars of liberation continues in one form or the other. These states are rocked by a large number of armed and violent rebellions, some seeking separate states, some fighting for autonomy.

Since Narindra Modi, the leader of the ruling BJP, became Indian Prime Minister, he started implementing the Hindutva ideology. Under his regime, persecution of religious minorities such as Christians, Muslims and Sikhs, even of lower-caste Hindus such as Dalits, have been intensified by the extremist Hindus.

In this respect, in its annual report of 2017, Human Rights Watch pointed out, “Authorities continue to use sedition and criminal defamation laws to prosecute citizens who criticize government’s policies. In rare cases in 2016, police were held accountable for abuses. In April, 47 policemen were sentenced to life in prison for involvement in the killing of 11 Sikhs in 1991 in the Pilibhit district of Uttar Pradesh state. Despite calls for repeal of the Armed Forces Special Powers Act, soldiers continue to have immunity from prosecution when deployed in areas of internal conflict.”

According to the US Commission on International Religious Freedom’s report, “Religious tolerance deteriorated and religious freedom violations increased in India…Minority communities…Sikhs experienced numerous incidents of intimidation, harassment and violence, largely at the hands of Hindu nationalist groups.”

The Sikhs have been fighting for a separate homeland since 1947, but the movement attained impetus by the efforts of Sant Jarnail Singh Bhindranwale, which in June 1984 resulted in most brutal operation against a highly sacred Sikh religious place, the Golden Temple complex (Harmandir Sahib) in Amritsar, Punjab, which resulted in the killing of thousands of Sikhs.

The Indian Army, led by Maj Gen Kuldip Singh Brar, had broken all records of state terrorism and extrajudicial killings through the barbaric Operation Blue Star, ordered by the then Prime Minister Indira Gandhi to get control over the Harmandir Sahib complex.

Notably, the Khalistan movement which has been rapidly spreading among the Indian Sikh youth has been internationalised. In this regard, thousands of Sikhs gathered in London’s Trafalgar Square on 12 August 2018. Protesting against Indian occupation, they demanded a referendum for an independent Khalistan in November 2020. Due to the epidemic of Covid-19, the referendum has been postponed. Now, the Sikhs for Justice (SFJ) has planned the referendum in Punjab, including Punjabi majority areas in 2022.

In this context, in their book, The Sikh Struggle, Ramnarain Kumar and George Sieberer write, “The army killed every Sikh who could be found inside the temple-complex. They were hauled out of rooms, brought to corridors on the circumference of the temple and with their hands tied behind their backs, were shot in cold blood. Among the victims were many old men, women and children… However, all visitors were locked up in rooms for two days without any food, water, or electricity and were starved to death. Besides, the Harmandir Sahib remained under the army control for many months”.

The brutality of the Operation was not confined to the Harmandir Sahib. Indian armed forces simultaneously attacked 40 other historical gurdwaras all over East Punjab. When Sikhs in other states came to know about the desecration of the Harmandir Sahib and the massacre of their brethren, they quickly left for Punjab. New Delhi tried to stop them before they could reach Punjab. Many Sikhs were assassinated on the way and many others were arrested.

In the same year of November, two dedicated Sikh policemen named Beant Singh and Satwant Singh, who were posted at Premier Indira Gandhi’s residence in New Delhi, assassinated her. Then Hindu riots erupted in the capital and other cities in which more than 15,000 Sikhs were murdered in cold blood by the supporters of Indira Gandhi, while the police watched silently to provide the Hindus with a free hand to massacre Sikhs.

Nevertheless, the attack on the Harmandir Sahib and genocide of Sikhs accelerated the liberation movement for Khalistan, as Bhindranwale became a folk hero.

After these barbaric operations, Sikhs organised themselves into an armed power in order to fight the Indian state terrorism. Many Sikhs left India to escape religious persecution. Sikhs have spread out all over the world to keep the Khalistan movement alive.

Now, New Delhi and Indian intelligence agency RAW is trying to create division within the Sikh community-platforms in the USA, UK, Canada, Australia and Pakistan.

Notably, the Khalistan movement which has been rapidly spreading among the Indian Sikh youth has been internationalised. In this regard, thousands of Sikhs gathered in London’s Trafalgar Square on 12 August 2018. Protesting against Indian occupation, they demanded a referendum for an independent Khalistan in November 2020. Due to the epidemic of Covid-19, the referendum has been postponed. Now, the Sikhs for Justice (SFJ) has planned the referendum in Punjab, including Punjabi majority areas, in 2022.

Besides, the Sikh community also rejected article 25 (b) (2) of the Indian Constitution, which declares Sikhism to be part of Hinduism.

Nonetheless, Modi-led fanatic policies against Sikhs have reignited the Khalistan movement for independence.