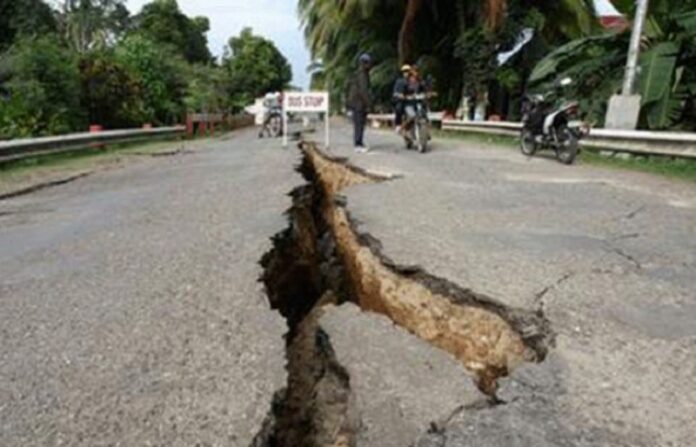 SWAT: A 3.9 magnitude earthquake struck Swat on Monday and the tremors were also felt in Mingora and nearby areas, witnesses said.

Many residents ran out of their homes, but no major damage was reported.

According to the seismic monitoring unit of the Pakistan Meteorological Department (PMD), the earthquake was centred at Hindu Kush mountain range.

The earthquake came days after a strong 6.4 magnitude earthquake struck parts of the country.

Jolts were felt in Islamabad, parts of Punjab, Khyber Pakhtunkhwa and Balochistan as well as Azad Jammu and Kashmir (AJK) and Gilgit-Baltistan (GB), the Met Office had said.

It said the quake originated at 10:02 pm and its epicentre was Tajikistan. It struck at a depth of 80 kilometres, the Met Office had added.

Facebook
Twitter
Linkedin
WhatsApp
Email
Previous articleMaryam says she is speaking for rights of the province
Next articleElection commission must devise a polling scheme: CJP