Complaints about its being too high are unjustified 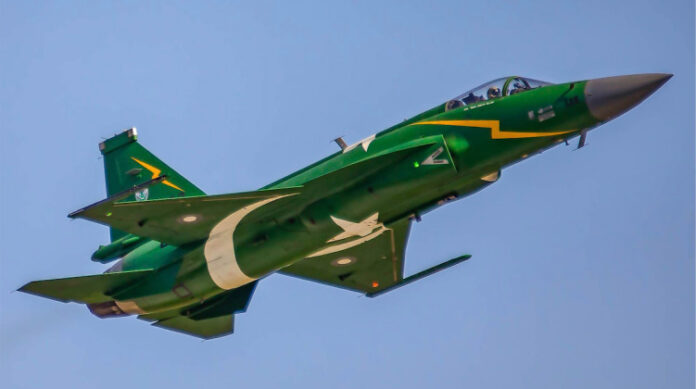 There is always a critique on the budget which is allocated by the federal government to the defence sector of Pakistan. Many researchers and analysts give the argument that the government of Pakistan needs to prioritise, that they should allocate more funds to the education sector, health sector, and other sectors which are not in a good situation and which are striving for funds, and somehow they claim that the funds are not sufficient. If we calculate the defence budget in fiscal year 2020-2021 is Rs. 1,289 billion, as it is increased 11.9 percent from the previous budget, in the fiscal year 2019-2020 which was Rs. 1,227 billion. The government allocated Rs. 83.3 billion for education for 2020-21, having no significant increase as compared to the ongoing Rs. 81.2 billion. If we look at the proportion of GDP, the defence budget constitutes or utilises 2.86 percent of the total.

Higher military spending which is quite justified. For the survival of the state and for the protection of the territory it holds, the state’s army and its defence systems need to be strong enough to e able to counter the threats posed by its adversary

The argument is valid that we must provide more funds in the education sector but the increase in defence budget has justified reasons. Firstly, because of our geographical position because we are surrounded by the most hostile adversary. India has left the Kashmir issue unresolved for the last 71 years. India and Pakistan relations have been hostile from the day when we got independence till the present day and there is conventional asymmetry between India and Pakistan.

So in order to maintain the balance of power in the South Asian region we need greater, not less, budget for the defence of Pakistan. India is keeping on increasing its conventional and nuclear weapons as shown by the recent addition of the S-400 Missile system, Rafale aircraft and many other technologies. This militarization is causing a security dilemma in the region and to stabilize this we have to upgrade our technology in theh triad.

Pakistan should have second strike capability as we don’t possess Assured Second Strike capability because we have no nuclear submarines. Instead of this we have modified our diesel submarines into nuclear-armed diesel submarines to ensure that if India goes for any misadventure Pakistan has capacity to retaliate effectively. All these weaponizations or militarizations, which are caused because of the action-reaction syndrome requires budget. As Pakistan has India-centric policies, to compete against India and for its survival Pakistan needs that much amount of budget. Though other countries allocate as much as 30 percent of their total GDP in defence and command and control systems, India is the state which ranks third in those countries which invest the highest amount in their defence systems.

Besides that, within Pakistan’ s territory, Pakistan is facing the threat of terrorism. This has engulfed many lives including children, women, the old, indeed everyone. The Pakistan Army is fighting against terrorists and to eradicate terrorism from its root. Two operations were carried out by the Pakistan Army, Operation Zarb-e-Azb and Operation Rad-ul-Fasad. So these all operations need some financial budget in order to put them in process and to achieve the desired results. And for that weapons and ammunition are needed which requires some money to be spent.

Moreover, according to the Hedgehog Theory, the hedgehog has sharp spines on its body which it uses for its survival. When someone attacks on them, they shoot spikes at the opponent to defend themselves and as an attacker knows their weakest point and their only technique of deterrence, he will attack its spikes. The same theory can be applied to Pakistan’s nuclear programme. As mentioned earlier, Pakistan relies on its nuclear arsenals to maintain strategic stability and to ensure deterrence and credibility, but other hostile states claim in international society that the nuclear system of Pakistan is not secure as there are chances of misuse of nuclear weapons at the hands of terrorists. The threat of nuclear terrorism is being over-exaggerated by the opponent states. Though if we have a look on the previous records related to our nuclear safety system, there has not been any nuclear mishap on the basis of which they claim nuclear terrorism.

However, India is ranked among those countries which are at higher risk on the security of nuclear arsenals. There is a question on nuclear terrorism on India’s weapons as stated in Foreign Policy. India’s history of jihadism goes back even further. The country was the birthplace of the Deobandi movement, a sect that was a source of ideas for the Taliban among others.

As earlier a few months back in July 2020 according to the report on Nuclear Security Index by Nuclear Threat Initiative (NTI), a leading US Non-Proliferation watchdog, Pakistan is ranked among the most important countries having nuclear assets security. So Pakistan is improving its stance in safety measures but still adversaries have this card to play at the international level. The improvement and maintenance of security measures regarding nuclear material requires a heavy budget.

Furthermore, not only India but Pakistan is facing eminent threat of terrorism from Afghanistan which needs to be countered. The strategic position in the region requires all such steps to be taken to stand in the international community and for the need of survival. There is a problem within Pakistan’s system that though the education budget is not up to its required extent, as it is legally required that we spend four percent of the GDP on the education sector, but spending on it is around just 2.5 percent. But it is quite much clear that the budget which is allocated to the education sector is not circulated to the lower levels and all the government owned schools in rural areas and even in urban areas as well are in a pathetic situation. This is because funds are not utilised exactly on the purpose for which they are allocated.

These are some main reasons for higher military spending which is quite justified. For the survival of the state and for the protection of the territory it holds, the state’s army and its defence systems need to be strong enough to e able to counter the threats posed by its adversary.

Facebook
Twitter
Linkedin
WhatsApp
Email
Previous articleThe secrecy of the ballot
Next articlePUNJAB PUNCH: Why is Lahore ranked as this year’s dream city?

Tania Saleem
The writer is a freelance columnist

That Prime Minister Imran khan has gone into conniptions is unfortunate. Finance Minister Hafeez Sheikh’s defeat in the Senate election must have come as...
Read more
Editorials

That the Biden Administration intends to give India the same special treatment that its predecessor, the Trump Administration did, and ignore the way it...
Read more
Comment

In India, dominated by politicians from the Hindi heartland, Hindutva (Hindu Nationalism) has been using brutal force mercilessly against any move to free Assam,...
Read more
Comment

After the thrilling episode of the Senate elections the political temperature in Pakistan is quite high. The game changing victory of Yousuf Raza Gilani...
Read more
Comment

India and Pakistan reached a ceasefire arrangement at the Line of Control (LoC) and 8n all sectors with effect from midnight February 24/25, 2021. It...
Read more
Comment

The Upper House by secret ballot

AT PENPOINT Does the action by the Election Commission of Pakistan on the NA 75 by-election, in which the poll was countermanded and fresh polling...
Read more
- Advertisment -