University of Turbat’s fee hike kicks up a storm 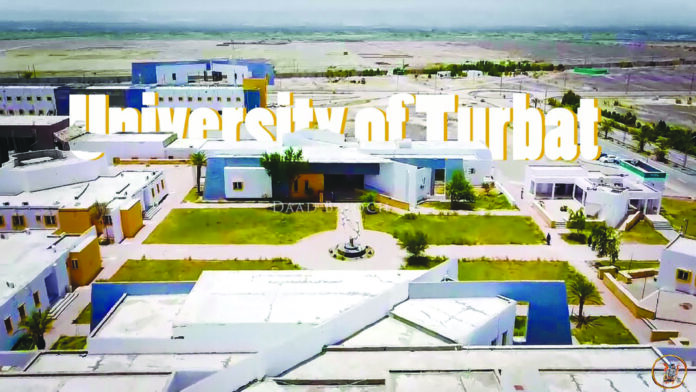 Gul Bibi, the mother of a student who has newly taken admission in University of Turbat, belongs to a poverty-stricken family. She is a widow and earns Rs 15,000 to Rs 20,000 with her Balochi embroidery works. Sometimes more when she works overtime. She has a son studying at Quetta and another in Turbat University. However, the youngest of her sons has also secured admission in Turbat University. But the new wave of increment in the fee structure of the university from 30 to 80 percent (varying from department to department) is compelling her to rethink sending her youngest son to the university.

For the last few days, outside the main gate of the University of Turbat, some students have organized a protest sit-in against the new fee structure announced by the varsity where fees were hiked 30 to 80 percent instantly which, the students claim, is against the Balochistan Universities Act, 2022. For the last several days that they are sitting, they have received “no satisfactory response” from the varsity administration.

“If fees are increased to what they are now, I am unable to send my son to study in the University,” Gul Bibi says, still pondering deeply of how she would look into the eyes of her youngest son. “I am thinking if he asks what his sin is that I have sent my other sons to a university and not him, then what would I have to say?” she says with tearful eyes and a query if she could not really send her child to a university.

As per a recent report issued after the 2017 Census and published in 2022, Makran division of Balochistan stood as the eighth most literate district across Pakistan with 60.05 percent literacy, while Kech district topped in Balochistan with 62.66 percent literacy. Out of the total, 56.66 percent are female. This rise was observed with the inauguration of the University of Turbat back in 2012 where students of the Makran division enthusiastically took interest in higher education.

He says, this rise is likely to lessen the attention of students from poor backgrounds to turn to university. “It is for generations to come. We no longer want illiteracy and injustices as such”

“This rise was observed because of two reasons: one, because university was available at our doorsteps, and two, because of low fees,” says Hammal Baloch, a student sitting in the protest sit-in outside the varsity gate in Turbat. He notes that this sudden rise was to ‘downgrade’ the literacy rate and deprive the youth of a higher education.

Earlier when Turbat University did not exist, students of Makran, who could afford, turned to Quetta or outside Balochistan for higher education, while the rest quit and either looked for a government job or began their private business. University of Turbat’s formation was an opportunity for everyone in the division to continue their dream for a higher education.

“Before, when the fees were lower, I thought I would manage it by sewing clothes over time,” Gul Bibi tells me. But she is now tense because, as she counts, overtime work may not get her to complete the previously estimated fees. “It is not Rs 1000 or Rs 2000 they increased, it is more than Rs 10,000 including the charges of transportation,” she says with grief.

As noted, the varsity charged RS 250 per semester which was included in the semester fees challan. But this time, the varsity has taken the fees amount from the voucher and asked the students to pay for transportation separately an amount of Rs 4000 (for students from the main Turbat city) and Rs 5000 (for the students residing outside Turbat).

University of Balochistan Professor Hamid Ali Baloch is also doubtful about the recent fees hike of the varsity and says it is ‘out of the legal context’ to increase the fees this much. He says he himself was part of the Finance Planning team of Balochistan University which met after every two months to look for expenses, including constructions and fees and so on, and they were legally bound to only increase the fees a maximum 10 percent if needed. “If varsity says it is in financial crisis, then let me inform it that the whole country is in financial crisis, and it does not mean at all we should put the financial burden on students,” Baloch says.

“When Peshawar University was in financial crisis, they wrote a letter to the Higher Education Commission, Pakistan and decreased the salaries of the faculty,” Hammal Baloch informs. “Same was a case with Islamia University Bahawalpur where, after writing to HEC, the varsity administration freezed one month salary of the varsity employees and requested them to pay more grants,” he says, adding that University of Turbat was not even interested in this, despite precedents set by universities across Pakistan.

“Is being poor my fate?” Gul Bibi questions the authorities. She did not choose poverty, but now that she is, what options she has. “I want nothing but only my children’s education,” she said. She fears the fees hike may deprive her son from higher education.

“If we do not stand firmly against the administration, they can go harsher without any boundaries in times to come,” Hammal says, foreseeing the ‘unauthorised’ behaviour of the administration towards the students. He says, this rise is likely to lessen the attention of students from poor backgrounds to turn to university. “It is for generations to come. We no longer want illiteracy and injustices as such,” he says, adding that they were committed towards their sit-in and would go to every extent to get the fees reduced.

The varsity administration, on the other hand, was tacit to comment, while they have been spreading their point of view and posting ‘false’ comparisons of the fee structure with other universities of Balochistan including University of Balochistan (UoB), Balochistan University of Information, Technology, Engineering and Management Sciences (BUITEMS), and Lasbela University of Agriculture, Water and Marine Sciences (LUAWMS).

Students Alliance Turbat, leading the organised protesting sit-in outside the main gate of the varsity, says they reject the allegations of University of Turbat and are ready to negotiate on every point. “But the administration seems heedless of even sitting seriously to discuss the matters through dialogues,” they say. 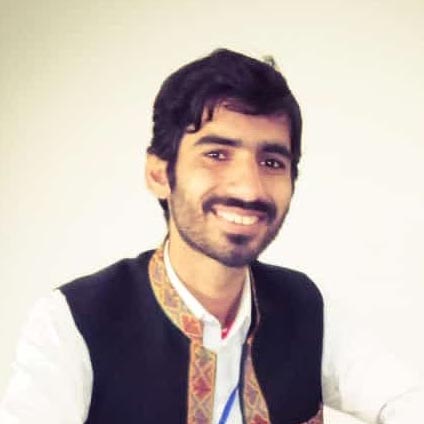