The PTI chief must emulate him 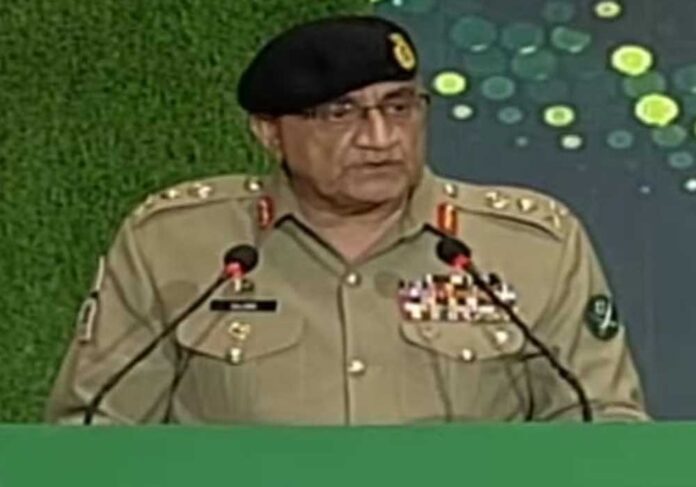 Gen Qamar Javed Bajwa, addressing the Defence and Martyrs Day ceremony at GHQ on 23 November unhesitatingly confessed that Army’s interference in politics during the last 70 years was unconstitutional which has been the cause for criticism of the institution, adding that it was after thorough consideration of the situation that the Army leadership decided in February this year not to interfere in politics and stick to this decision.

It is for the first time that a sitting COAS has come out openly in regards to accepting the Army’s manipulative role in politics, terming it unconstitutional and at the same time pronouncing an end to it forever. It is the most auspicious development and needs an unqualified appreciation and gratitude of the nation. The corrective course adopted by the Army leadership augurs well for the future of democracy in the country, provided the politicians also mend their ways.

General Bajwa was right on money to observe that instead of appreciating and welcoming the decision of the establishment to remain apolitical many people subjected the Army to criticism and a false narrative was created to spread chaos in the country and very inappropriate language against the Army was used which was tolerated.

He was justified in disapproving what has transpired during the last six months. In our situation, the Army is the symbol of national unity and integrity. The nation is greatly indebted to it for the sacrifices that it has rendered to safeguard our borders and in fighting against terrorism so that the citizens of the country could live in peace. I am sure General Bajwa will be long remembered for his contribution in arriving at a decision by the Army not to interfere in the politics of the country and remain apolitical.

The Army under him, as he pointed out, served the country beyond the call of duty by helping it to get out of the FATF grey list, securing cheaper gas from Qatar and loans from friendly countries, fencing borders and meeting the covid-19 challenge. It was possible due to the personal efforts of General Bajwa for which he deserves due recognition.

The country undoubtedly is in the grip of the worst ever political and economic crisis. The continued confrontation between the political stakeholders can lead to irrevocable damage to the polity. It can only be winched out of this quagmire through sincere and collective efforts by all the political parties. Imran Khan is well advised to abandon his agitation which has no rational basis and sit with the rival political parties to chart out a future course for the country. His own political future also hinges on this course correction.

General Bajwa’s address was the strongest ever rebuke of the conspiracy narrative bandied around by Imran Khan in which he accused the USA of hatching a conspiracy to topple his government with the help of PDM leadership and tacit approval of the Army. Since his removal from office as a consequence of the no-confidence motion, he has been running around the country and relentlessly rubbing in this narrative at all available forums, including media. But of late he, staying true to his reputation, has retracted on the conspiracy theory— which was never there– by exonerating the USA and the Army of involvement in it. This corroborates the observations of the COAS about the creation of a false narrative by him which was designed to foment chaos and crisis in the country.

However, Imran Khan has now shifted his focus on the appointment of the new COAS and made the issue controversial notwithstanding the fact that he has no role in it and it is the exclusive constitutional obligation of the sitting Prime Minister. Analysts rightly believe that the motive behind his Long March is to generate pressure for having a COAS of his choice appointed. He does not care about the inconvenience caused to the public and loss to the economy due the political instability triggered by his campaign since his ouster from power.

Unfortunately Imran Khan has a history of propagating false narratives to achieve his political agenda, creating political instability in the country and then going back on the created falsehood. Who can forget his mantra of 35 punctures, on the basis of which he along with the Canada-based Pakistani cleric Tahirul Qadri besieged Islamabad for 124 days. And when the judicial commission nullified his claim of rigging in the 2013 elections, he went back on the narrative and confessed to a TV channel that 35 punctures were only a political statement and somebody else had told him about it.

Not only the establishment and PDM, but almost all the state institutions, have been the targets of his scorn and maligning. His smear campaign against the ECP, ever since it ordered re-election in NA-75 after the PTI administration was found guilty of kidnapping the presiding officers to manipulate the results, and the retention of the seat by PML, has seen Imran Khan persistently launching scathing attacks on it, particularly its chairman, without any restraint.

The grilling of the ECP became more intense during the foreign funding case and after it announced the verdict of guilty against the party. That campaign continued unabated after his disqualification verdict by the ECP.

The COAS, reiterating the need for introspection by all the stakeholders, rightly observed, “The army has initiated its process of catharsis” and he expected that political parties would follow suit as well and reflect on their behaviour. The reality is that there have been mistakes from every institution, including political parties and civil society. No single party can take Pakistan out of the current economic crisis.  Lessons should be learned from such mistakes, so the nation can move forward. Political stability is mandatory and the time has come for all political stakeholders to set aside their ego, learn from past mistakes, move forward and take Pakistan out of this crisis.”

Democracy thrives in a culture of tolerance and doing politics by adhering to the internationally recognized norms about it, subservience to the constitution and laws of the country. Politics is the art of the possible, conducted within the foregoing parameters. Any conduct contrary to it is inimical to the national interests.

No doubt the military leadership is also responsible for the detour that the country took from objectives of independence and the vision bequeathed by the founder of the country, but in my view the major blame can justifiably be apportioned to the politicians and political parties who recklessly indulged in power politics, and that dirty game still continues. Imran must accept the reality that his exit from power was a result of the constitutional process and he also had the same right to orchestrate a no-confidence against the sitting government. It is not the end of the world.  As advised by the apex court his party must return to Parliament, instead of resolving political issues through the courts— as it was the right forum to deal with and resolve contentious issues.

The country undoubtedly is in the grip of the worst ever political and economic crisis. The continued confrontation between the political stakeholders can lead to irrevocable damage to the polity. It can only be winched out of this quagmire through sincere and collective efforts by all the political parties. Imran Khan is well advised to abandon his agitation which has no rational basis and sit with the rival political parties to chart out a future course for the country. His own political future also hinges on this course correction. 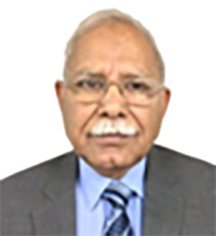