Can it strengthen ties between Myanmar and Bangladesh? 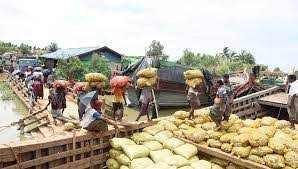 A 10-member delegation led by BGB Director General Major General Sakil Ahmed participated in the conference. In addition to the senior officials of BGB, the delegation includes representatives of the Prime Minister’s Office, and the Ministries of Home Affairs and Foreign Affairs.

On the other hand, a 15-member delegation led by Myanmar Police Force Deputy Chief of Police Major General Aung Naing Thuy, participated in the conference. Apart from senior BGP officials, the team included representatives from the ministries of Defence, Home Affairs, External Affairs and Immigration and Population Affairs.

In the conference, de-escalation of the tense situation on the border caused by the recent internal conflict in Myanmar, violation of airspace, combating inter-state terrorism and preventing the activities of cross-border criminal gangs, prevention of illegal infiltration, prevention of other drugs and human trafficking including yaba and crystal meth ice, increasing mutual cooperation in the overall security of the border, Exchange of various information related to the border, conducting joint patrols, organizing regular coordination meetings or flag meetings at the region and battalion levels, repatriation of detained or imprisoned citizens of both countries, return of forcibly displaced Myanmar citizens to their original homeland and discussion on various ways to increase mutual trust between BGB and BGP were held.

In addition, the conference will have very effective and fruitful discussions on the repatriation of detained or imprisoned citizens of both countries, the return of forcibly displaced Myanmar citizens to their original homelands and various ways to increase mutual trust between the BGB and BGP. The Bangladesh delegation was scheduled to return to Dhaka after the conference today.

In August and September, massive gunfire and mortar shelling erupted between \Myanmar’s army and the Arakan Army, an insurgent group in Rakhine state, inside Myanmar on the Tumbru border in Naikshyongchari. On August 28, two shells fired by Myanmar landed in the territory of Bangladesh. Bangladesh strongly protested by summoning the Myanmar ambassador several times over the incident of firing on the border.

In order to combat terrorism and violent extremism within border security and management and implement the holistic approach to security, both parties should emphasize the importance of enhancing cooperation between the government, law enforcement, and civil society. Results are only attained by employing comprehensive and constructive – hard and soft – solutions to border security management including both government, security and defense enforcement forces and civil society players.

In a flag meeting on October 30 at Teknaf in Cox’s Bazar, the Border Guard Bangladesh (BGB) and Myanmar’s Border Guard Police (BGP) both expressed remorse for recent border incidents. BGB discussed the issue of border shelling at the beginning of the meeting. Several times there were protests against mortar shells and helicopter flights violating the airspace inside Bangladesh.

Myanmar expressed grief over the border tension, helicopter flights, firing and mortar fire from Myanmar and the loss of life and property on the border of Bangladesh. Also, Myanmar’s BGP has promised that such incidents will not happen in future. At the same time, BGB-BGP agreed to work together on the border situation. The meeting discussed working to stop infiltration and drug smuggling.

The BGP pledged to uphold a peaceful stance on the border in order to prevent the border between Bangladesh and Myanmar from being impacted by the civil war in Myanmar. Such a meeting demonstrates that all parties have a culture of open communication, mutual trust, and confidence that will serve to clear the road for the repatriation of the Rohingya.

The border conference between Myanmar and Bangladesh gives senior leaders of participating militaries and security personnel the chance to forge closer ties of friendship and collaboration. Participants are also able to share best practices and lessons learned.

Additionally, it strengthens participants’ mutual understanding of each other’s advantages and main challenges in border regions, fostering cooperation in the face of transnational threats.

The militaries cooperate to find solutions to problems that they share and to look for chances for training exchanges between the participating countries. Myanmar and Bangladesh both can consider the conference to be a crucial occasion for the Armies to comprehend the regional ties.

Recognizing that it is more difficult to detect security issues such as transnational threats, narcotrafficking, illicit mining, illegal immigration, and other transnational crime in the border areas due to their thick topography, the security of the border is a challenge and a shared goal for all neighboring states. The two countries have long-standing cooperation, but it was strengthened between the two forces with this conference, strengthening cooperation and building trust measures, which is a key factor in achieving hemispheric security objectives. The participants can openly discuss the issues at hand as well as the successful solutions put forth in each nation.

Bangladesh and Myanmar must place a high priority on maintaining a secure state border and takes the necessary precautions to stop the flow of terrorist combatants, illicit drug and weapon trafficking, and other international organized crime.

Cross-border and other security threats have grown more complicated over the past few years, and difficulties are piling up quickly. Threats including international organized crime, human trafficking, terrorism, and drug trafficking are too great for any state to handle on its own. It is essential to increase cooperation on both a regional and global scale.

Regional cooperation to increase readiness and foster confidence in fending off global dangers while upholding human rights, must be encouraged.

In order to combat terrorism and violent extremism within border security and management and implement the holistic approach to security, both parties should emphasize the importance of enhancing cooperation between the government, law enforcement, and civil society. Results are only attained by employing comprehensive and constructive – hard and soft – solutions to border security management including both government, security and defense enforcement forces and civil society players. 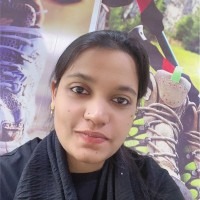