Why has Pakistan been so deeply polarized? 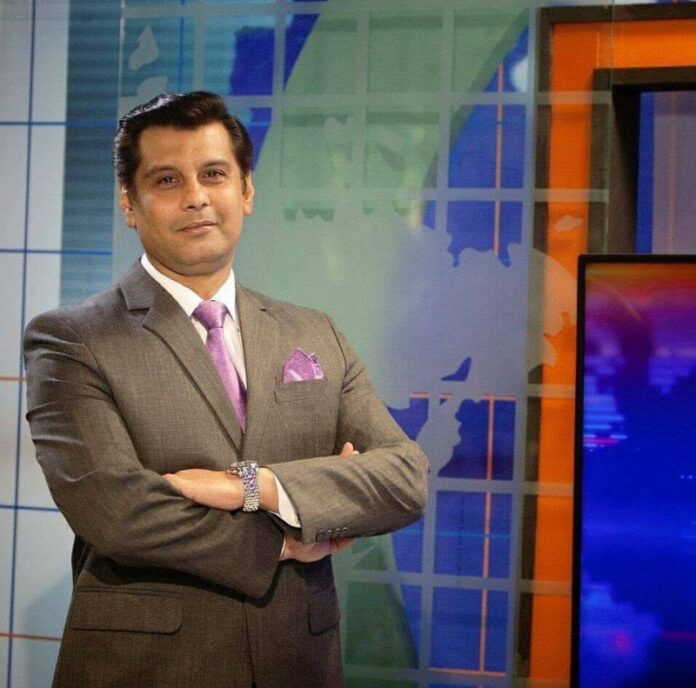 Who murdered journalist Arshad Sharif in Kenya? This is the major question every Pakistani is asking. The answer is simple: Arshad Sharif was the victim of polarized Pakistan.

Eight years ago, in 2014, Pakistan was not so divided politico-socially. Polarization was made possible by pitting one media channel against the other. One team of newspapers was hired to undermine the other newspaper. One squad of reporters was made to stand against the others. A team of analysts was asked to peddle one kind of narrative opposed to the other one. Dissenting journalists were intimidated, kidnapped and beaten. Freedom of expression was made selective. Freedom of press was rendered discriminatory.

Billionaires were marshaled to fund the campaigns. Electables were arranged to swell the political ranks of a political party. Ethnic parties were extorted for their existence. Islamism was fanned and regionalism was projected. Nationalism was exploited to meet political objectives. Judges were blackmailed and hired to issue one kind of decision. The possibility of like-minded judges was frozen. All circumstances were made to project one type of account at the cost of the rest.

Social media teams also jumped into the fray, taking the rift to a new height. The users were bombarded with cropped pictures, forged data, and phony information to serve a given purpose. A club of volunteers appeared to disrespect any given opponents. Money was brought in to pollute the electoral campaigns more than before. It took a lot of effort to make Pakistan polarized by the year 2018.

Today, in 2022, the political chessboard is divided viciously. Along the same lines, society is also forked. Hatred in one section is dominant against the other. Mutual respect has waned. Vituperation is a norm. Differentials are more than togetherness. Sharing is both minimized and missing.

Journalist Arshad Sharif was not assassinated in the wild confines of Kenya but on the border of polarized Pakistan. He was a victim of the division that he had to follow advertently or inadvertently to make his survival possible in the media. The dissection haunted him to death. If Pakistan had not been polarized, Arshad Sharif would have been alive today.

The strife surrounding the division has increased manifold. Like-mindedness has got entrenched in the higher judiciary, which hates the difference of opinion even in its decisions. Provinces want to win against the Centre. The Punjab Assembly has witnessed the longest session of four months, before proroguing the session for an indefinite period.

One Pakistan is now fighting against the other. Who is responsible for this all? Who polarized Pakistan? Polarization consumed the life of Arshad Sharif.

Listen to the speech of Manzoor Pashteen at the Asma Jahangir Conference in Lahore, the other day. He has been booked on terrorism charges for his speech. Can a speech invite terrorism charges? The assumption is that he would moderate his words: he would not speak the truth. Is it possible? Instead of addressing his grievances, he is being penalized.

Owing to polarization, anyone can be a victim. In 2019, the Anti-Narcotics Force claimed to have recovered 15 kg heroin from the possession of Rana Sanaullah, today’s Interior Minister. Though yet to be proven, mere indictment carries a death penalty or life imprisonment. It is known that the heroin trafficking case was a fake.

The case was an example of how the uniform was used to penalize targeted politicians. Can anyone think that a uniformed force could stoop so low to hush up a politician? Respect of the uniform was put at stake by the wearers themselves. This was an example to reckon with. The point is simple: when the uniform is not conscious of its credibility, how can Pashteen respect the same? Now, respect is being earned through registering cases on terrorism charges.

Around 2014, the promoters of polarized Pakistan remained obsessed with the ideals of the Bangladesh Model. The model was an expression of a soft coup which was justified on the excuse that the political system was replete with corrupt politicians and that the voters were also incapable of electing honest politicians. That is, both should be honest, politicians and the voters. Hence, it was a self-assumed nationalist duty to cleanse the political system of corrupt elements and educate the masses to elect honest politicians.

Why was there no possibility for diverting funds to lay infrastructure for schools and colleges to educate the masses who would take informed decisions in the future? What not invest in the future of the country? For how long would Pakistan amass tanks and guns, especially when Pakistan is a nuclear-capable country? Why should it be the case that the masses arrange for education on their own, but then vote for the politicians required by the proponents of the soft coup?

Nevertheless, the soft coup was possible if both judiciary and military joined hands to help the masses winnow the right from the wrong. The advocates of polarized Pakistan made the existence of the soft coup a necessary instrument before it was too late to correct the country’s trajectory. In 2014, the time was running out.

Journalist Arshad Sharif was not assassinated in the wild confines of Kenya but on the border of polarized Pakistan. He was a victim of the division that he had to follow advertently or inadvertently to make his survival possible in the media. The dissection haunted him to death. If Pakistan had not been polarized, Arshad Sharif would have been alive today.