Is humanity getting better?

There is cause for optimism 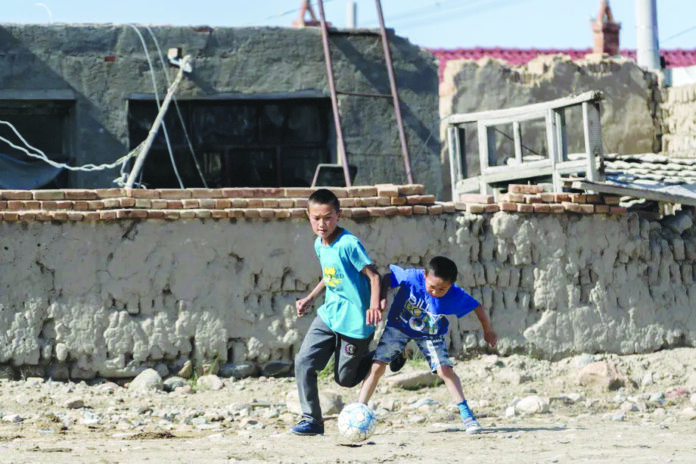 It is a common perception that we are living in the most unstable and disturbing circumstances amidst inequality, class differences, and political violence. In reality, our lives in the 21st century have become more prosperous, happier, and safer than ever before in the last 10,000 years of recorded human history which only shows the follies of mankind.

With the advent of the Enlightenment, science, and humanism; global wealth, the quality of life, reducing violence, and school enrolment improved and increased in sheer volume. The popular narrative in the international system is that the richer are happier than the poor and progressive standards are only enhanced for the rich.

Inequality is not the measure to make social comparisons but the quality of life and collective growth of ideas. Humanity is getting better with expanded circles of Science, Reason, and Enlightenment

The Easterlin Paradox clarifies that with every level of accomplishment human beings reset the level of expectations and satisfaction, thus even richer countries or individuals never get happier as the people in unde-developing phases perceive the individuals or state as better than their subjective conditions. We are getting better collectively but we have not evolved the emotions to perceive well-being and elevated standards in comparison to history.

On level 1, the most important idea is that human life expectancy increased in the 20th and 21st centuries. Steven Pinker in his Enlightenment Now explains that the life expectancy of human beings was 35 years in the 19th century which jumped to 71.4 years in 2015. Due to improvements in science and technology, it becomes easy to increase life expectancy. Science helped to multiply crop cultivation through machinery which ultimately increased the food accumulation and the calorie intake of human beings in the last decades which helped to increase the expectancy of life.

On level 2, human life is getting better because the quality of life has improved. It is a misunderstood conception to compare human progress with annual income. Quality of life in recent decades dramatically changed which is a bit of achievement, but in modern days we are only concerned about income and money because income is a proxy to buy all the goods of life. Charles Kenny in his Getting Better: Why Global Development is Succeeding took a different stance and critiqued humans’ focus on income and emphasized other measures of life too like the quality of life which are more encouraging but people only think about income. On level 3; in the 20th Century 50 percent population of the world was downtrodden but in the 21st Century 10 percent population in the world is under the poverty line. In 1898 Malthus affirmed that with the height of the population the bases of food will shrink. Modern capitalist economies vandalized the classic thoughts of curling population climb and food scarcity.

On level 4; Infant mortality is down and life survivability even amidst the harmful increasing conditions of the HIV pandemic is improving. In the recent history of mankind, covid-19 appeared as a potential threat to the existence of humanity but the Global World within the time framework of two years coped with the potential threat and neutralized it to enormous levels. On level 5; in modern civilization, the school enrolment of children is 90 percent as compared to 40-45 percent in 1950. The literacy rate is more than in 1950.

In the last 3,421 years of recorded history, only 268 have seen no war. War has been the source of natural selection and competition among civilizations for the last 3421 years, but with the advent of Global Institutions after WWII and expanding circle of empathy in the world the perception of violence has been reduced. Peter Singer in his The Expanding Circle explains that the sense of empathy and understanding of interdependence elevated in recent decades which eventually drastically lowered the violence and vicious nature of human beings. For example, quoting from the very near history of humankind the number of deaths due to violence In World War II was 300 per 100,000 which was reduced in the Korean War(1950-1953) to 30 per 100,000 which further declined in Vietnam War(1955-1975) to 10 per 100,0000 deaths.

In the 21st Century, the Death rate due to violence is one per 100,000 deaths. The 21st Century is the most peaceful ever in human history. The prevalent standards of altruism and social empathy for people across borders display maturity in cognitive abilities. In this way, humans get better evolution of the computational mind. Humans have evolved the perception of violence and wars and in this way, they are getting better.

To put other yardsticks together, we are getting better in political systems, fundamental rights, and scientific governance day by day, regardless of inequalities. Inequality is not the measure to make social comparisons but the quality of life and collective growth of ideas. Humanity is getting better with expanded circles of Science, Reason, and Enlightenment.

December 9, 2022
KARACHI: Special Assistant to the Prime Minister on Industries and Production Tasneem Ahmed Qureshi on Friday stressed on maximum utilisation of available resources of...