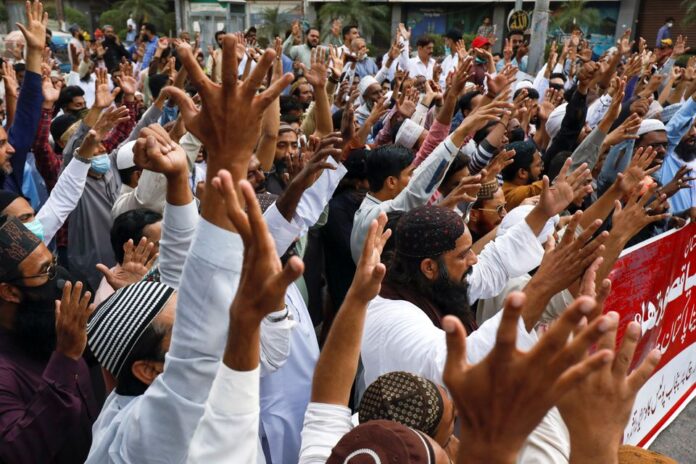 Decades ago, it was not unusual in Pakistani TV audience behaviour patterns, for the entertainment-hungry countrymen eagerly to await the last episode of a serial. Streets wer edeserted for something big. Lately the scriptwriter was allowed his independence by the director and the story used to conclude on logical grounds and a sensible trajectory.

Recently, the pushes for advertising space have made the director and the scriptwriter mere pawns in the hands of the advertising executives. Changes in the last episode of any high-grossing drama serial are the norm of the time.

As the article goes into print, the establishment, like an advertisement-hungry media production company, too has made major changes in the final episode. Imran Khan has been disqualified in the famous Toshakhana reference, consequently debarred from being an elected representative as well as not allowed to lead his political group in Parliament or any other such forum. The last episode, it seems, has become more exciting and a photo finish, like in an action-thriller movie, cannot be ruled out.

That surprise development, when rumour mills were already abuzz with some sort of settlement between the establishment and the biggest opposition to its policies, has sent shock across the country; where everyone seems to be bracing for unrest, strife and consequently a further slowdown in economic activity.

Taking a page out of the advertising imperatives, the directors and the actors who keep the public busy with their entertainment on the national political scene too have found a way to conclude the longest grossing drama serial of Pakistan recent political history ‘the revolution in the making” is through a predictable timeline. As unconfirmed news streams in or is deliberately leaked through various media, Pakistan might be heading for early polls. As the narrative being injected into the minds builds up, all will be allowed to have their way in the next elections. A few more might be disqualified. They will include political exiles, former prime ministers as well as leaders of the revolution. Whosoever wins the race or is tipped, as a dark horse will be given the reins of the country to once again try to steer the economy out of the quagmire, the country out of its diplomatic isolation and probably the polity out of its uncertainty.

Here many players who will be appearing in the final episode of the serial will be observed somersaulting or u-turning their stated stances. For the leaders of the revolution, it can be a complete turn-around and business as usual, as there is never a last word in politics. The establishment which gave a shock treatment to Khan today, might well be again talking to him the day after tomorrow. Many jilted supporters who risked their lives, careers and other aspects of life to stand with the calls of revolution will be and should be justified in asking the revolutionary brigade where was that Azadi, where was the Mossadegh coup and where is the much-awaited revolution; waiting in the wings to capture the symbols of power?

For the other side, from the traditional businesses and religious backgrounds, steering the country in the mould of the religio-political right wing, will be the priority. These forces cultivated during the Zia years and probably the oldest establishment drones will be laying their claim to the throne of power in Islamabad. That group values each second and minute they are in Islamabad to have their way in the next elections. They would certainly be looking for pre election developments, which might wrest away the jilted revolutionaries from the so-called revolutionary brigade.

Another group, which has been in and out of the corridors of powe,r and has been progressively shedding away its radical credentials after the successive physical exit of its leaders having the Bhutto name, will also be trying to make the most of the developing situation to its advantage; even if it means only one province under their control.

So what is the take-home for the bewildered Pakistani nation? Business as usual. The powers to be, which were supposed to be cornered by the revolutionary brigade, the right wing brigade which cultivated its victim of the establishment image to capture its voters, all seems to be reporting back to that same despised establishment.

The elections, which are supposed to be held in the starting months of 2023, will predictably be influenced by the single reason as to how much the expected or engineered new government is able to keep Pakistan financially afloat and avoid insolvency. That so-called financial stability is an imperative on which the established order can prolong its influence, power and dictation in the so-called land of the pure.

Here the common man needs to gather courage to first question and then show a collective response to the developing scenario. The developments, which started from November last and culminated in the senseless crisis of April 2022 brought misery to the common man life. Pakistan was little more than Games of Thrones or Spartacus, where the scandalous elite was enjoying life while the poor man was glued to the TV, YouTube, Blog channels and the like, as if they were shown sitting in the stadiums of those old serials.

The tug of war between one party and the other two parties collectively caused the inflation to break all the records, despite the fact that economic managers might try to move index years here and there to minimize the media impact. As things stand, the proverbial poverty line has submerged the economy in an irreparable way, pushing hordes beneath its waves. It is a pathetic sight that the submerged lot is asking for help from those very people who are responsible for their plight; the established order and those willing to be partners in the musical chairs; not to forget the Rahbar Inqilaab!

Given the indications that Pakistan will return to its beaten track once again; it should be a point of soul searching for the players too. whether their political and management armoury has the weapon to correct the devastation they brought to the country through sheer economic mismanagement. The people of Pakistan might be exhausted to again stand on their feet on the street; fine. But the simmering anger will be a reality, which will continue to bother the established order and its hangers-on in times to come.