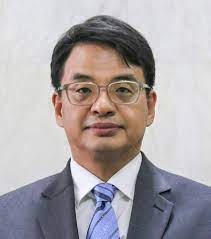 FAISALABAD: Korean Ambassador to Pakistan Suh Sangpyo said on Friday that Pak Korea Nutrition Centre (PKNC), established at the University of Agriculture, Faisalabad (UAF), in collaboration with the Korea International Cooperation Agency (KOICA), is a great step to address the issue of malnutrition with a special focus on mothers and children.

He said that there was deep friendship between the Republic of Korea and Pakistan, and in this connection KOICA was taking vigorous measures to further strengthen these relations. He said that the UAF was one of the most important university of Pakistan especially in agriculture sector.

He congratulated the UAF over the declaration of Agri-Tech Park by Special Technology Zone Authority that would prove a milestone step. He said that due to climate change, it is extremely sad to see the damage that Pakistan has suffered due to severe floods. He said that in this hour of catastrophe, the government and people of Korea express solidarity with the suffering families of Pakistan.

He said there was a need for concerted efforts to improve maternal and child malnutrition so that a healthy and energetic young generation can be given to the society for the future.

He said fifty percent of our population is suffering from malnutrition among mothers and children. He said that we are grateful for the cooperation of the Korean government and KOICA authorities to solve this most important issue.

Prof. Dr. Masood Sadiq Butt said that the Faculty of Food Nutrition and Home Sciences is a pioneer to launch the Human Nutrition and Dietetics degree that is replicated across the country . He said that ample employment opportunities are being provided for nutrition graduates, which will help in solving nutrition problems.

Amir Saleemi said that six zones have been established under the Special Technology Zone Authority in the country, out of which the Agri-Tech Park was established at UAF that will play an important role in the development of the country’s agriculture.