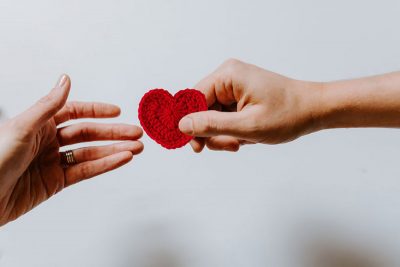 The benefits of the integrated family systems of the East are well known and even better documented. It sure has many things going for it, and I am fond of it as much as the next man. However, the vaunted family system of the East, especially the Indian Sub-continent, has a dark side to it as well. Especially in my weaker moments, I have serious doubts about the whole thing. Thankfully, sanity ultimately prevails every time. But let me first list some of my misgivings.

A friend recounts an incident from back in the early nineties when he was at the stage of life when men are apt to throw all caution to the wind. In that spirit, and for motives that hardly need elaborating, he took to visiting a certain house rather regularly – as in every day. One day he rang the doorbell only to notice an elderly lady prowling the scene, apparently interested in paying a visit to the same house. The hostess (mother of the romantic interest) was taken aback when she spotted the lady (who happened to be her neighbour and relative, as my friend would later come to know) at the door at the worst possible time. She quickly recovered her poise by introducing the potential suitor as the son of so-and-so who occasionally paid the family a visit. The neighbour lady thought it necessary, by way of correcting the record, to point out that the boy visited much more than occasionally. The boons of the close-knit society come at a price.

‘Acrimonious’ is the adjective used in the West to describe particularly bitter divorces. In our society, we dispense with such adjectives because every divorce here, without exception, is acrimonious. While in the West the former couple generally behaves reasonably civilly with one another in the event of a chance encounter, in our society the other person is immediately relegated to the subhuman category, not worthy of even a mention. Thanks to our integrated family system, even extended relatives on either side establish any sort of contact with the ‘other’ side at their own risk.

Another distinguishing feature of our vibrant family system is malicious gossip. In the world of backbiting, there are no fixed categories. Almost everybody is a perpetrator and a victim at the same time: A and B talking unfavourably about C in her absence; B and C talking about A behind her back; C and A badmouthing B – which is certain to be brought to the knowledge of B by D (another exponent of double dealing and intrigue) who happens to be there when A and C are discussing B, much to the shock and consternation of B. Experience tells that badmouthing relatives and ‘loved’ ones is much more delicious, and therefore that much more satisfying, than badmouthing mere friends and acquaintances.

Nepotism, and its connection with a close-knit family structure, has been discussed to death. Not nearly enough attention has been devoted to the opposite phenomenon, which is hardly less deleterious. For a man in official position will either go out of his way to help a relative of his to get ahead in life, or else make sure that even a Martian gets preference over the relative – another peculiarity of the Sub-continental family system. In either extreme, merit can go suck a lemon.

A significant increment of difficulties in the already tough life of the lower and salaried classes comes from family pressure – the fear of relatives’ and loved ones’ nasty opinions if (for example) the wedding dinner is not lavish enough, or if the dress one wears on a given occasion is not deemed to be expensive enough. Every ounce of this fear is justified because the one fearing knows that he would have passed even nastier comments if the boot was on the other foot so to speak. No amount of effort is spared to avoid this kind of criticism. If that means incurring debt that one cannot possibly repay, so be it; even though such measures have never stopped anybody from voicing unfavourable opinion of anybody.

Another unmatched gift of our family system comes in the form of the ubiquitous khaloo/phupa who inevitably gets offended on every wedding and wants an unconditional apology in exchange for his valuable presence on the occasion.

I occasionally have these disturbing thoughts during those dreaded phases of near madness when one is half-asleep and half-awake. These are the occasions when men are at their most vulnerable. In my saner moments however, especially after getting outside the first cup of tea of the day, I invariably surrender to the dictates of reason. By lunch time I am again a staunch advocate of the Eastern family system, extremely grateful for belonging to a society where family ties are as intimate and as resilient as they are.